For a while there, ‘Twilight‘ was the only thing in pop culture. All other things were squashed under the immense bulk of its smoochy, angsty, sparkly-vampire, PG Mills & Boon teen romance drama.

Grown adults were wearing shirts declaring their loyalty to either the bronzed, cool werewolf man or the pasty, annoying vampire guy (Team Jacob for life, yo), Robert Pattinson was being assaulted on the streets by wildly lustful fans, it was a different time.

But the world moved on, people turned their attention to things like ‘50 Shades Of Grey‘, which, not coincidentally, was originally written as ‘Twilight‘ fanfiction under the name “Snowqueens Icedragon” (I’m not making this up).

But some of us are still fans, while everyone else is busy watching ‘Hunger Games‘ movies, we’re re-watching the first ‘Twilight‘ movie and dreaming about making out with Bella’s dad.

If this is you, bloody rejoice mate, because you can get your grubby mitts on some of the original props from the movie.

Ever desperately wished to own the bear with the fishing pole from Bella’s house? It’s your lucky bloody day:

Or what about that iconic newspaper dispenser? You know the one: 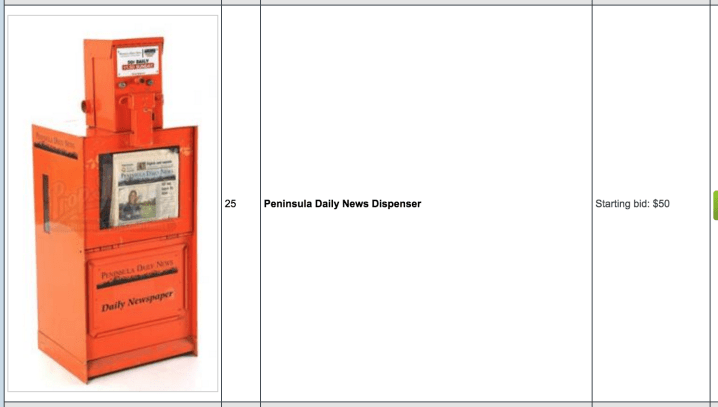 Maybe you want Bella’s leg brace? It too can be yours: 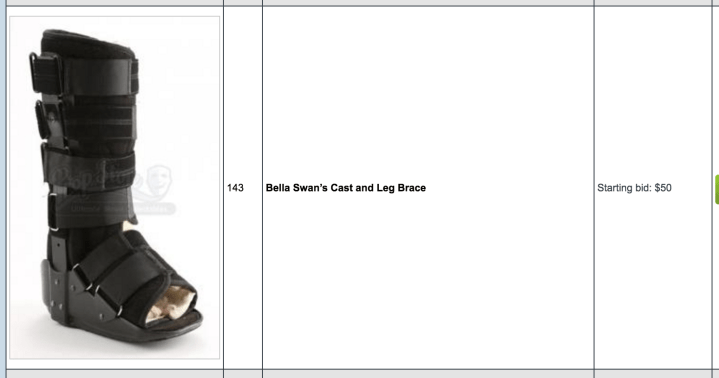 OK so some of those are a bit silly, but you obviously can’t go past Jacob’s jorts:

If you’ve got a bit of money lying around and couldn’t even dream of someone else owning a pear of sweaty stunt jorts, you can peruse the listings here.