This morning, Stephenie Meyer announced that she’s continuing the epic Twilight saga with the release of her new book Midnight Sun.

Whenever we write anything remotely Twilight related, our social media feeds are always flooded with excited comments from Twihards who still wave the vampy flag, so I just knew the story would draw mass applause from the loyal legion of fans.

They may not have their posters strapped to their bedroom walls anymore and they may not spend their days trawling chat rooms to try and decipher Robert Pattinson’s phone number, but they absolutely still know whether they’re Team Edward or Team Jacob and some even still have their merch close by.

I tracked down a coupla Twihards to see what they’ve been up to since the glory days and get their thoughts on Midnight Sun. 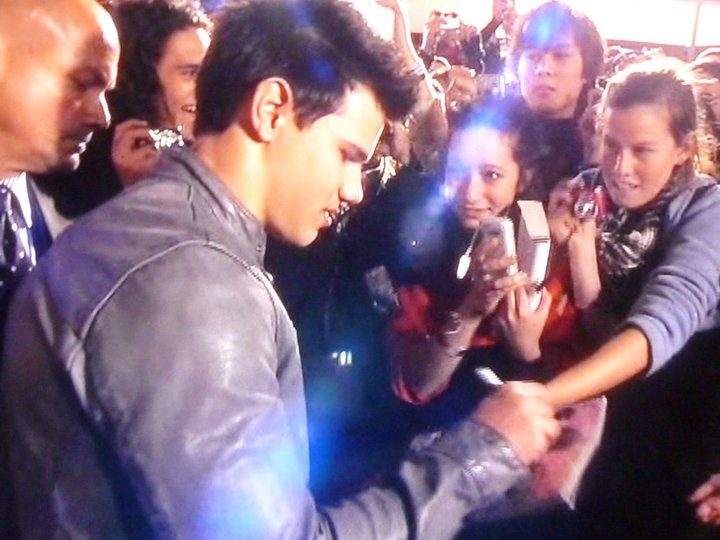 Well the books came out a lil while before the crazy kind of took off globally. My brother gave me the series in 2008 for Christmas (he had read them before me). I was instantly hooked. I loved love, I loved the angst, and I loved picturing myself as Bella with two hot mythical creatures fighting over me. (I was like 14/15?)

Oh Volturi for sure. Here’s proof:

– I skipped school to go to the Eclipse event at Luna Park. While I was there I had a sign with my phone number on it saying, “Taylor [Lautner] call me,” (like this celeb would call a 16 yr old with frizzy hair and braces?). I ended up performing this rap I made for Charlie Delaney on radio. I wish I could find it.

– I would constantly call into radio stations to try to win stuff and once was next in line to answer some questions for a meet and greet. I remember shaking in the car as my dad drove me to the orthodontist. The person on the line at the time 1000% messed up the question that made them win. To this day I am mad at the production member on the other end saying they would fact check and call me back for a prize. It never happened.

– I’m in the Eclipse special features. 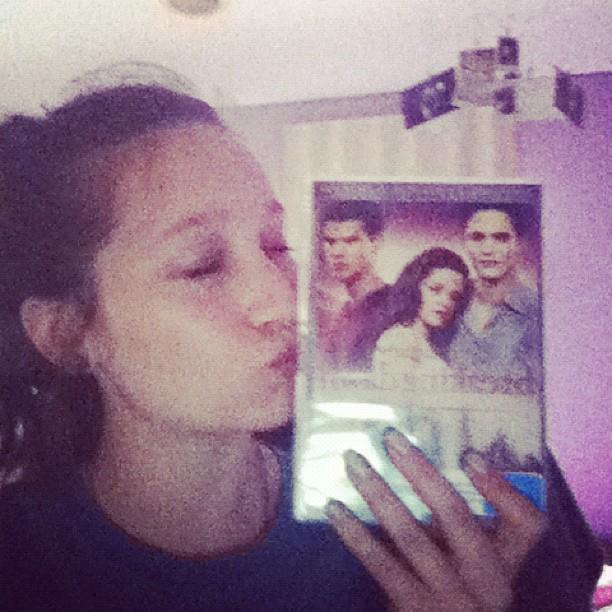 – I got asked to go to formal with this guy in the grade above but I said no so I could go to the New Moon premiere with my mum.

– I was known as the Twilight girl in high school. I used to brag that I read the series 31 times. I’m proud, not ashamed.

– Any other Twilight related books – Short Second Life of Bree Tanner, movie companions, the leaked Rising Sun copy – I had them.

– My friend and I would just draw portraits of them. Watch behind the scenes YouTube vids of cast photoshoots. Watch fanmade trailers. It was insane.

– Lastly, fan fiction. Ah, yes. Read a fair bit. It changed as I got older… Do with that what you will. Even tried to write some stuff. If you see a Twilight x Big Brother crossover, that might be me.

What was your biggest Twihard moment?
That fucking radio rap.

When did you stop being a Twihard? (I know you never really stop, but like when did you take the posters down?)

I’ll always love it. I even considered re-reading the books. After the Breaking Dawn craze died down, my obsession did too. Though I definitely followed all of the cast’s film / gossip movements for a while.

Do you still have the merch?

Signed copies of the books. I like to think I will give it to my kid one day and say, “This helped shape my childhood.” I made myself get rid of everything else.

Will you read the book?

What’s your hope for the future of the series?

It’s tough ‘coz I love the original characters and love story. But I’d read a story about Renesmee & Jacob. 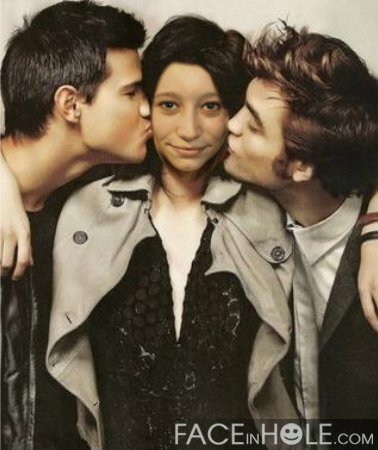 I was peak pre-teen when the first Twilight started to make waves in around 2009 – my Mum and I rented the movie off Foxtel and my 11-year-old brain totally exploded, never to be the same again.

I remember laughing incessantly when Edward first appeared on-screen during that iconic cafeteria scene because I didn’t know how to process what “being attracted” meant.

I was so allured by the angst and moody aesthetic of it all and became instantly swept away in the Team Jacob vs. Team Edward debate.

There was something about Twilight that seemed so much more “mature” and grown up than the other movies / TV shows I had been watching up until then, and I remember feeling like a real teenager watching it and reading the books.

I would’ve absolutely sat comfortably between an 8-9. I wasn’t in chat rooms but it was the subject of most conversations between my friends and I, and my walls were absolutely plastered with posters.

What was your biggest Twihard moment?

My mum took me to the New Moon midnight premiere on my 12th birthday which was honestly just the height of social currency at the time. No one else in my grade at school went and I was swarmed to spill deets the next day.

My current best friend and I bonded over this moment, leading her to leave the note “see ya in high school Twilight buddy” in my Year 6 graduation book and the rest is history.

When did you stop being a Twihard? (I know you never really stop, but like when did you take the posters down?)

Oh lord, by the time Breaking Dawn was released in cinemas, I didn’t have any real desire to check them out. The posters came down in around 2011, when the Jonas Brothers and Twilight posters were replaced with All Time Low and Pierce The Veil posters (rip).

It still holds such a huge place in my heart though – my older cousin and I went and saw a screening of the first movie at the Opera House last year and still chat about the series in a retrospective / WTF kinda way.

It’s also been a major bonding point for heaps of my current friends as well.

Do you still have the merch?

I had a Jacob action figure that I absolutely still have somewhere. The posters are all in my closet too.

Will you read the book?

What’s your hope for the future of the series?

I hope the first movie gets some recognition for being slightly underrated. Katherine Hardwicke is such an amazing director and I feel like the lo-fi aesthetic and heart-on-your-sleeve angst informed my taste for many years to come.

Midnight Sun is set to be unleashed on the world on August 4.

Head here to read about Twihards who got Twilight ink back in the day.