Already done with this decade? Bloody same, mate. From the devastating bushfires to the coronavirus, we’ve been short on toilet paper but certainly not short on major disasters.

And since we’re yet to master the science of travelling through time, how about being transported back to the good old days via these period TV series?

Whether you’re missing the ’90s / noughties or wish you’d been around to see what the world was like when your folks were growing up, Stan’s got you covered with some stellar options. 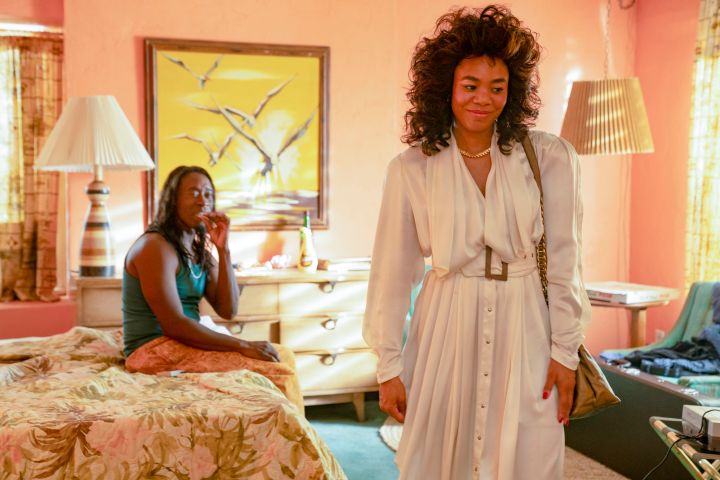 Only a handful of millennials were around for the ’80s, so that period of time has always been something of a mystery to us.

But if you want to have a lil look at what your older siblings’ generation was like, you’ve gotta check out comedy series Black Monday.

The series takes us back to the late ’80s when fuck tons of money were being made, nose beers were being snorted and the stock market was booming until suddenly it experienced a catastrophic crash on October 19, 1987, a fateful day that became known as ‘Black Monday’ (hence the title).

The first season showed us the events that lead to the crash, and the epic second season will explore the aftermath.

Also if you don’t fall in love with Dawn (Hall) I will come for you – she is a vision with her killer ’80s style, feminist ethos and all ‘round badassery, along with being one of the few females of the time that broke into the boys club that was financial trading.

The hotly anticipated second season of the comedy series is now streaming, only on Stan, with new eps dropping weekly, the same day as the U.S. 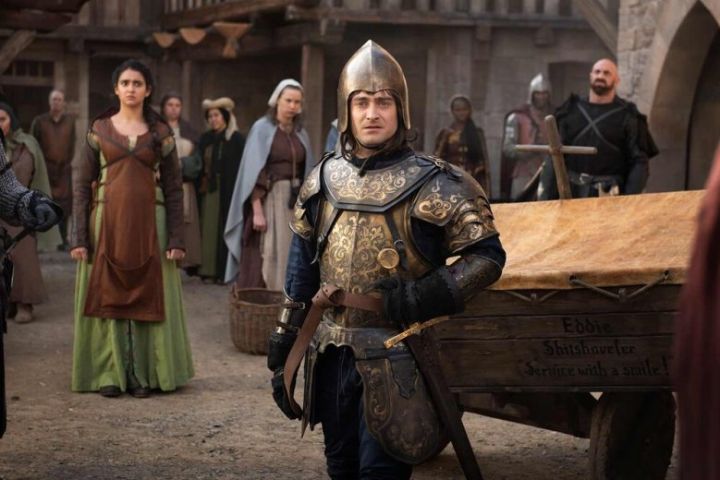 If the ’80s isn’t far enough away for you you’re in luck, ‘coz the second season of Daniel Radcliffe and Steve Buscemi’s anthology series, Miracle Workers, goes way waaay back to the dark ages.

Based on Simon Rich’s book, What In God’s Name, the brand new season looks at a group of villagers during the Dark Ages who are trying to stay positive in a time of inequality and fake news.

Season one takes place at the end of time where an angel apprentice (Radcliff) is trying to stop a maniacal God (Buscemi) from bringing on the apocalypse.

Both seasons are now streaming, only on your local streaming lord (pun intended), Stan.

Wu-Tang: An American Saga and Of Mics and Men 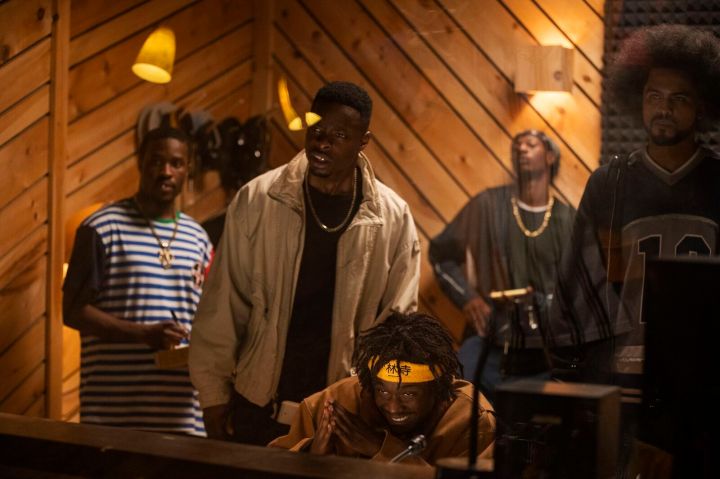 Here’s one that a great chunk of millennials will know and love: the ’90s.

And what better way to journey back to the ’90s than with both a drama series AND a sleek docuseries, both focused on one of the most iconic rap groups, Wu-Tang Clan.

The drama series, Wu-Tang: An American Saga, follows the group’s formation in New York City in the ’90s – a pivotal time and place for rap music.

And four-part doco, Of Mics and Men, tells the real story of the Clan’s rise to fame, using sick-ass footage from the ’90s and beyond including never-before-seen archival footage, performances and in-depth interviews with the band.

Every ep of both An American Saga and Of Mics and Men are now streaming on Stan, so enjoy your journey back to the ’90s. 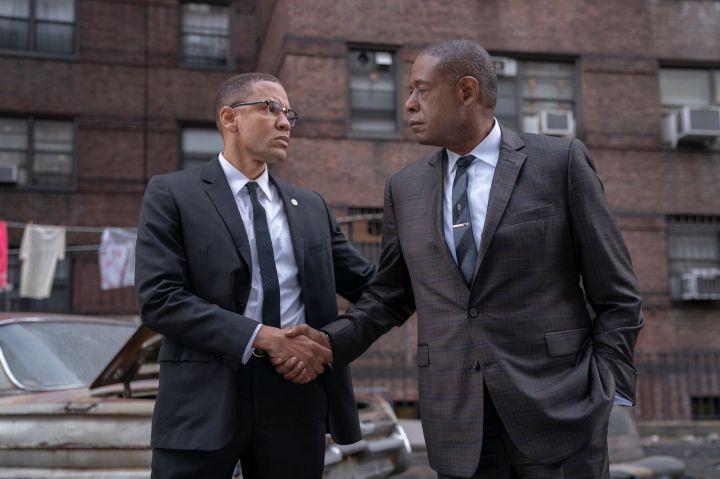 Inspired by legit events, Godfather of Harlem stars Academy Award winner Forest Whitaker as Bumpy Johnson, who returns home after a decade in the slammer to find a very different 1960s Harlem.

The 10-part series is drama at its finest, featuring everything from shady dealings to gang wars to general ’60s ‘tude.

Plus the series was recently renewed for a second season so now’s the time to get on board. 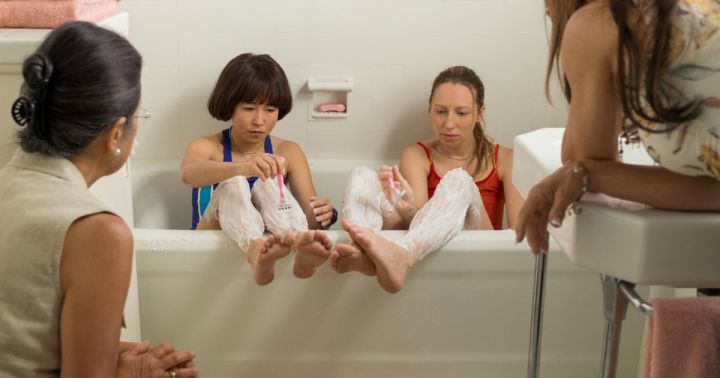 Time to kick it back to something we’ll ALL remember: the ’00s.

Pen15 is the brilliant coming-of-age masterpiece about two teen outcasts trying to navigate their way through adolescence in the year 2000.

Creators Maya Erskine and Anna Konkle play 13-year-old versions of themselves during an era where mobile phones and computers were brand spanking new concepts.

There’s an entire ep dedicated to chatrooms (RIP MSN) where Maya develops a crush on a guy called FlyMiamiBro22 which sounds v. dorky but trust me, back in 2000 that name would’ve been akin to someone with over 1000 followers.

Go check it out on Stan for a sweet dose of nostalgia. 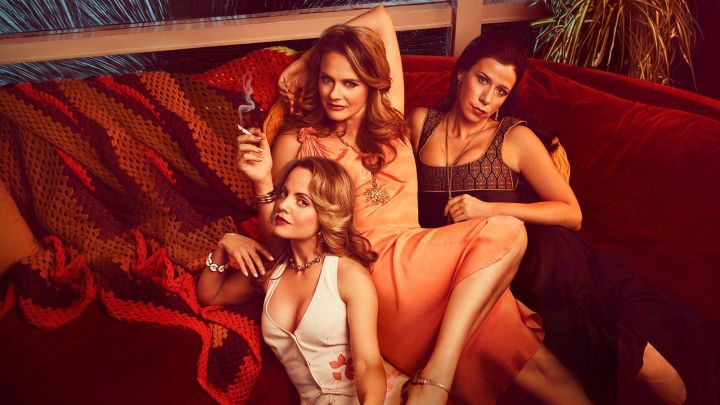 The series follows Bonnie (Alicia Silverstone), a mother who leaves her asshole husband and vows to raise her two daughters on her own – and she bloody well does. 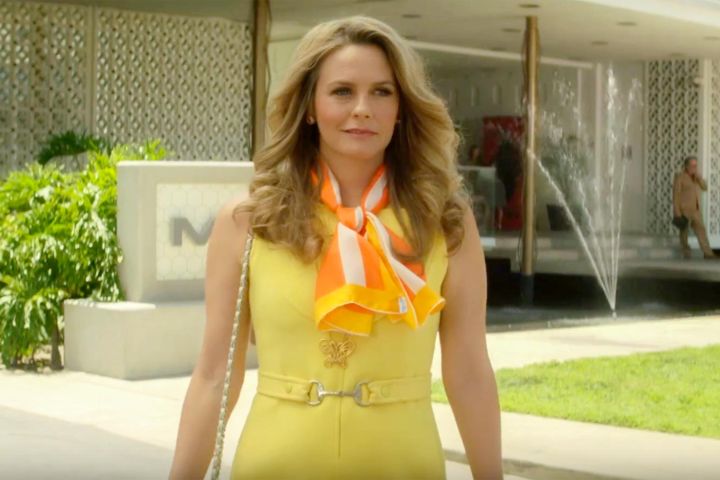 Bonnie’s character is a brilliant snapshot into the rise of second-wave feminism where women finally reclaimed their power (not to mention her wavy hair and ’70s dresses are an absolute vibe and a half).

Fun Fact: The series is based on the life of reality star Kyle Richards who serves as executive producer on the 2018 series. 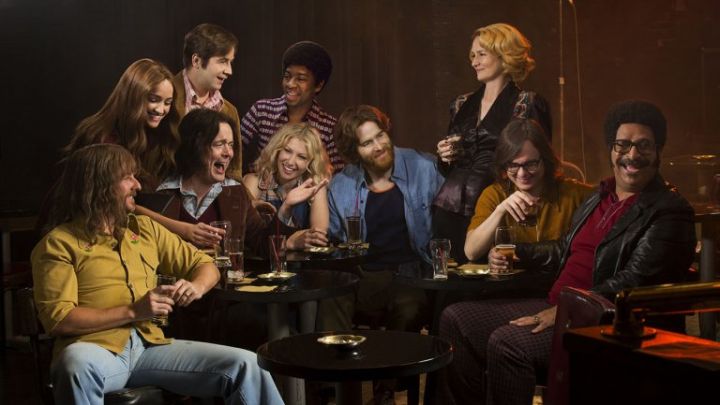 Have another peek into the ’70s, this time through the lens of a bunch of budding comedians.

I’m Dying Up Here explores the LA stand-up scene of the mid-1970s as a group of young comics try to make it in the biz.

Produced by iconic comedian Jim Carrey (Kidding), the series gives us a gorgeous snapshot of ’70s LA with a whole lot of laughs along the way.

The entire series is now streaming on Stan.

If the title alone isn’t enough to pull you in, how about the fact that it’s set during the glorious ’50s?

Masters of Sex has achieved critical acclaim for a variety of reasons, one of them being its depiction of the ’50s period, featuring stunning decor and imagery from the American mid-century.