Litty Committee: 9 True Crime Books That’ll Have You, An Adult, Sleeping In Your Parents’ Bed

I love true crime. I live for it. TV, books, podcasts — including the one I co-hosted, PEDESTRIAN.TV‘s All Aussie Mystery Hour — if it’s not true crime, I’m not interested.

While most of you have seen the likes of Making A Murderer and you’re all over The Teacher’s Pet, I figured I might share some future beach / plane / bedtime reading recommendations to mix things up. You’re welcome!

Some of these books are new-ish and some are classics — it’s by no means an exhaustive list so if you have other recommendations let us know in the comments.

By the way, a couple of these books are currently on sale on Booktopia, so we’ve included the sale prices for those items too. Sale ends soon.

I’ll Be Gone In The Dark by Michelle McNamara 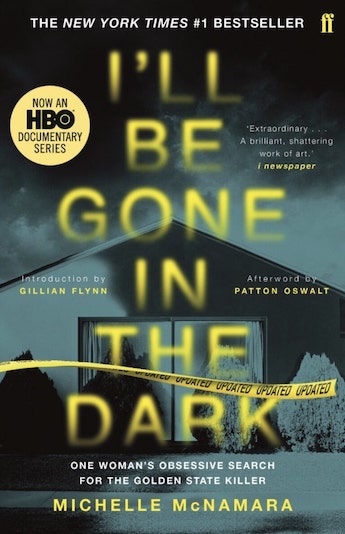 This book, written by the late true crime writer Michelle McNamara, came out back in 2018. While it remained unfinished at the time of her sudden death in 2016, fellow true crime writer Paul Haynes posthumously updated and finalised it. It was published in February, and chronicled McNamara’s obsession with the then-unsolved East Area Rapist / Original Night Stalker case — in fact, it was McNamara who coined the offender’s nickname the Golden State Killer. Just two months after IBGITD was released, Joseph James DeAngelo was arrested as the GSK, who committed over 120 burglaries, more than 50 rapes and killed at least 13 people between 1974 and 1986.

The book is an extraordinary collection of research, data, theories and an amazing insight into McNamara’s obsessive search for the truth. Even though the case is now solved, this is a gripping — and chilling (seriously, I slept with the light on for a week) — read.

In Cold Blood by Truman Capote 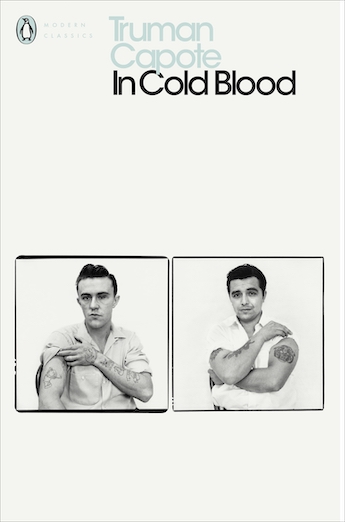 Truman Capote was an interesting writer in that he was highly skilled across various genres. While his fiction works, like Breakfast At Tiffany’s, are obviously famous in their own right, his master work was the non-fiction true crime masterpiece In Cold Blood, published in 1966. Capote wrote the book after hearing about the 1959 murder of the Clutters, a farming family from rural Kansas who were brutally killed by two men, Dick Hickock and Perry Smith.

Assisted by his friend and fellow writer Harper Lee, Capote conducted exhaustive research and interviews in the town, with Capote also visiting Hickock and Smith in jail, where they both sat on death row.

The Stranger Beside Me by Ann Rule 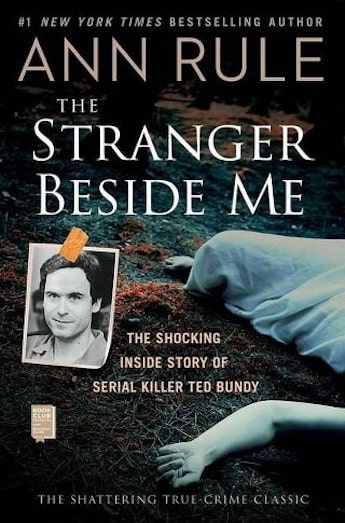 This, to me, is the most fascinating book on the list. You can’t beat the personal connection that writer Ann Rule had to the Ted Bundy murders, because she fucken WORKED WITH TED BUNDY. Not only that, but they were pals and she was an ex-cop and crime writer and had no idea he was secretly a sexually sadistic psychopath who went on one of the most infamous killing sprees the US has ever seen.

Even when Bundy was arrested, Rule had her doubts about whether he could be responsible for such horrific crimes. As a result, the book is both an objective look at the actual murders and a deeply personal exploration of Rule’s increasingly complex relationship with Bundy. The book was obviously a huge hit upon publication in 1980 and Rule went on to publish dozens of true crime books, making her one of the most prolific authors in the genre.

Sins Of The Brother by Mark Whittaker & Les Kennedy 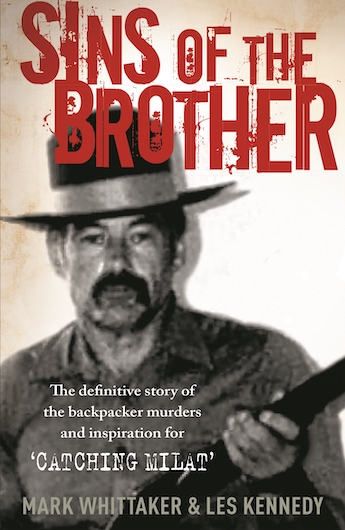 While I flatly refused to buy into any crap Ivan Milat peddled out on his death-bed in 2019, this true crime book, by Aussie journos Mark Whittaker and Les Kennedy, is the best and most in-depth look into Milat’s family life — focusing especially on his relationship with his brothers. Whittaker and Kennedy conduct interviews with family members and other people close to Milat to paint an incredibly fascinating yet repulsive picture of one of our country’s worst offenders. 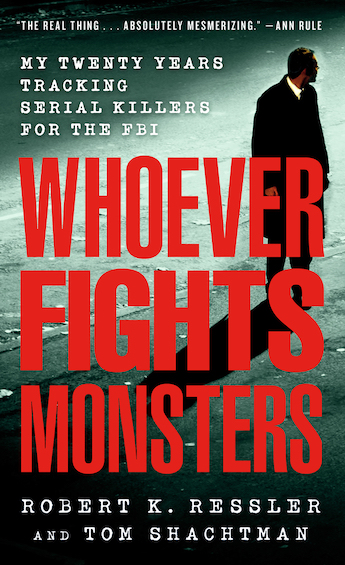 The Netflix show Mindhunter (RIP) was a dramatised version of two true crime books: Mindhunter by John E. Douglas (who the TV show’s character of Holden Ford was based on) and Mark Olshaker, and this book Whoever Fights Monsters by Robert K. Ressler — who the show’s Bill Tench was based on — and Tom Shachtman. I read both books but much preferred this one, as Ressler gets straight into explaining the process of profiling and relating it back to real life cases he worked on or killers he interviewed, including Bundy, Jeffrey Dahmer, Charles Manson and Edward Kemper. Far from glamorising them, Ressler reminds you of exactly what these men are: monsters.

The Innocent Man by John Grisham 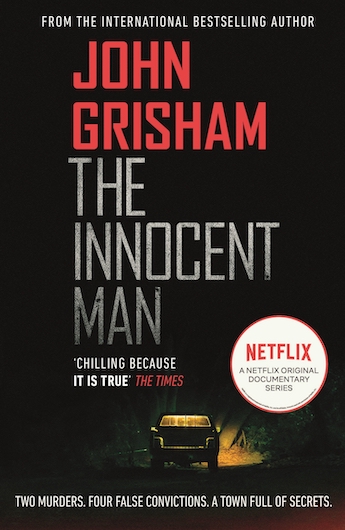 Author John Grisham has found huge global success as a crime fiction writer and isn’t known for true crime books, in fact he’s only written this singular one. But it’s a doozy. You may recognise it from your Netflix queue, and yep the series is based on this 2006 book. It mainly focuses on the case of former pro baseball player Ron Williamson, who after bombing out of the major league returns to his hometown of Ada, Oklahoma where he gets into drugs and booze and winds up being implicated in the 1982 rape and murder of local bartender Debbie Carter.

Along with his friend Dennis Fritz, Williamson is charged with capital murder but the evidence is flimsy at best. Grisham’s book, and the Netflix doco, is a disturbing look at justice and injustice in small town America.

READ MORE
Litty Committee: 14 Books To Inhale In April, Including The Next Cooked One In The You Series 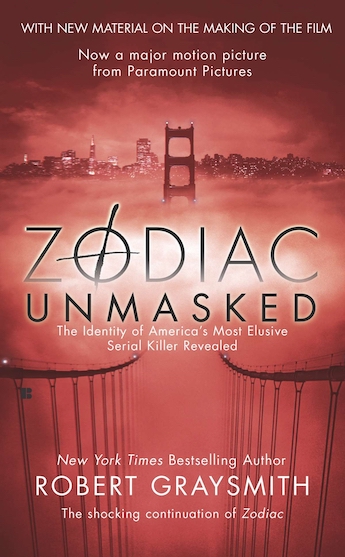 If you’ve seen David Fincher‘s excellent movie Zodiac, the name Robert Graysmith might be familiar to you: the LA Times cartoonist turned amateur sleuth is played by Jake Gyllenhaal and the movie itself is based on two of his books, the 1986 one (Zodiac) and this 2002 book Zodiac Unmasked.

Graysmith tirelessly researched the still-unsolved case in an attempt to figure out the identity of the elusive yet attention-grabbing serial killer, and this book is packed with this research and Graysmith’s own theories — including suspects with pseudonyms that he thinks could be the man who once said he liked killing because it was “so much fun”.

READ MORE
Litty Committee: If You S3 Is Going To Be Anything Like The Book Then We're Absolutely Fucked 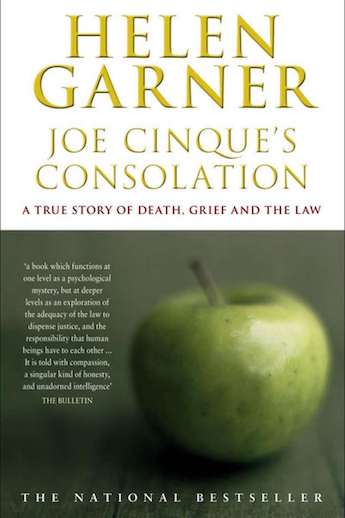 Aussie author Helen Garner penned this 2004 book after attending the 1999 trial of Anu Singh, a Australian National University law student who was charged with drugging her boyfriend Joe Cinque with Rohypnol and then giving him a lethal dose of heroin. At her trial, Singh was convicted of manslaughter and received a sentence of just 10 years (and was released after four). With Singh refusing to speak to Garner for the book, the author is forced to connect the dots herself, but the spookiest thing about the case is that Garner can’t really explain why Singh killed Cinque in the first place, so the book really becomes Cinque’s story. 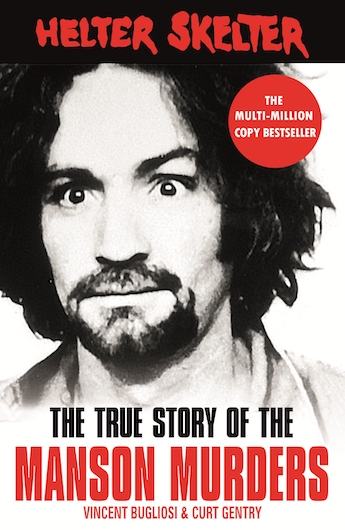 The highest-selling true crime book of all time, this is considered to be the most comprehensive look at the Manson Family murders, in which seven people — including heavily pregnant actress Sharon Tate — were brutally killed at her home in 1969. Written by Vincent Bugliosi, the prosecuting attorney of the Manson trial, the book charts the work he had to do to build the case against the cult leader, unwinding the complex relationship Manson had with his followers, how he convinced them to do his terrible bidding, and how he could be brought to justice despite not physically committing the crimes himself.

Want more true crime? Then you better listen to our All Aussie Mystery Hour podcast. Subscribe on iTunes HERE, or on Spotify HERE. Or, you can just listen / download below.