On tonight’s ‘I’m A Celebrity, Get Me Out Of Here‘ the holy trinity of sassy queens – Carson, Keira and Tegan – were subject to what was described by Chris Brown as an “eating trial with a difference” (whatever that means).

Because a massive flood wiped out a lot of their ~tucker challenge~ grounds, the trio had to rendezvous with Chris and Julia Morris in their fancy little treehouse area, which didn’t seem to faze them much, which is good, because it doesn’t faze me either.

They had to partake in a racing-themed eating competition (what the actual fuck?), which involved literal rats, called things like White Lightning, chosen by each contestant, and whichever rat won the race determined who would eat what (rat race. Get it?).

First off, Carson had to eat a scorpion/maggot combo, which he wolfed down like a fkn champion – only a few gags which made him look like a slightly bloated version of himself. 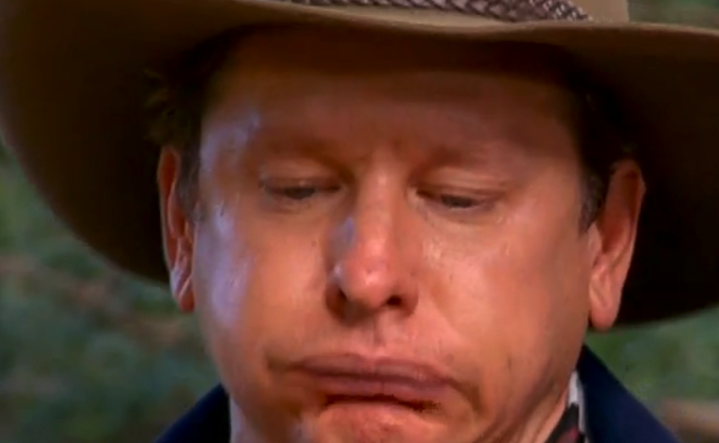 Next, they raced cockroaches, which meant Keira had to eat worms and boiled chicken hearts. “Hold it together. Take a moment”, Carson advised, as Keira mightily struggled to ingest her delicious meal, and then yelled at everyone for talking. Then, of course, Keira wept – Keira wept like the floods that had wiped out their typical challenge quarters. 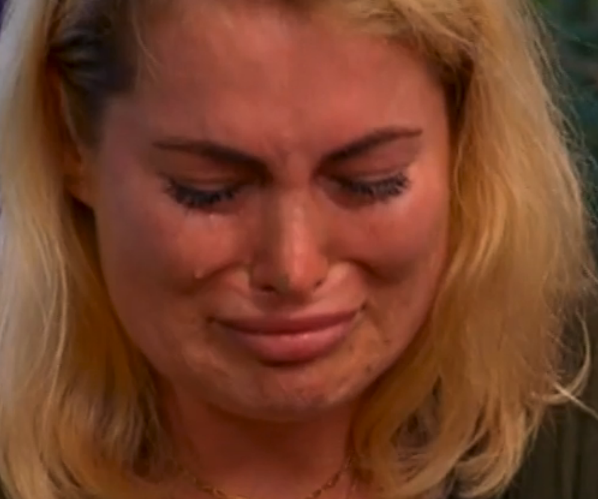 Keira thought she was done, and then Julia reminded her she had to eat the outside of the tart as well, which I thought was going to end in more madness but actually resulted in Keira commenting on how hot Chris is, so that’s cool, I guess.

Then they raced worm-based creatures, with Carson’s millipede Magic Milly winning by heaps. Tegan had to eat a turkey heart, kidney, liver, foot and blended turkey gland (YUM), which she actually nailed. She found her success largely by refusing to swallow any of the things that went down her throat, which is a very smart approach.

By the time it got to the contestants racing guinea pigs, Keira seemed pretty fed up by the whole thing, and I kinda was too. Carson had to eat raw cow lung and fly/worm pâté which appeared to be a real struggle. “That is VILE”, he said, amongst the heaving.

“Can you believe how savage I am?” Carson asked. No, Carson, I can’t.

The final round was intended to be for all of them, where they had to eat huge, bulging goat testicles. While Carson and Keira were pretty happy to leave with their nine stars, Tegan insisted that they went for it. Unfortunately, Tegan was unsuccessful in her quest, and they opted out before testing the sinewy balls before them.