Former NRL star Todd Carney and Married At First Sight intruder Susie Bradley appear to be an item, after a photo that his mum shared, showing them on what appears to be a date.

There have been rumours about a possible relationship for a number of weeks, and the pair were seen kissing while leaving a Brisbane hotel the day after Valentine’s Day.

The photo in question was recently shared by Todd’s mum Leanne Carney, in what was either a cleverly-orchestrated PR move, or just a mum thing. We may never know for sure.

I’m not sure what the heck is going on with Susie’s left hand in the pic, but her right arm is around Todd, which certainly suggests they’re a couple. See for yourself: 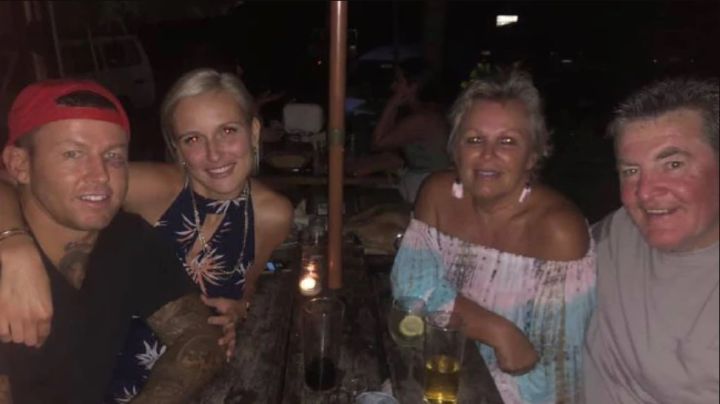 In the comments under the photo, a friend wrote that she hoped Susie “treats Todd better than she treated poor Billy”, a reference to her very shabby behaviour around her MAFS partner.

Leanne replied “she is beautiful it’s only reality TV remember.” While I’m shocked at the insinuation that MAFS is in any way staged or fake, I’m also not shocked at all and I 100% buy it.

Last month, in an interview with Nova‘s Fitzy and Wippa, Susie as asked if she was dating Todd Carney, but insisted that she didn’t know who he was and that they’d maybe met in “passing.”

When asked about the situation by the Daily Telegraph, Susie’s MAFS husband Billy Vincent did not hold back, saying:

“What can I say? That’s a really hard one for me, I’ve got mixed feelings about that. You can really see Susie’s judge of character by the people that she hangs out with.”

Presumably this means that there will not be a fairy tale ending for the pair when the series wraps up.