Ever had a day so bad that the mere mention of it makes you want you to wipe your memory using that weird Neuralyser that Will Smith used in Men In Black? Of course you have!

Along with popping bubble wrap, fucking up is one of the shared joys of the human experience because, at some point, everyone in every corner of the globe has failed spectacularly.

Last year, I made it my mission to track down a bunch of unlucky punters and encourage them to share their worst days on record. The result is Today I F****d Up, a collection of essays and stories designed to make you laugh but also remind you that no matter how bad you’ve had it, someone has always had it way worse.

Take the guy in the picture below. 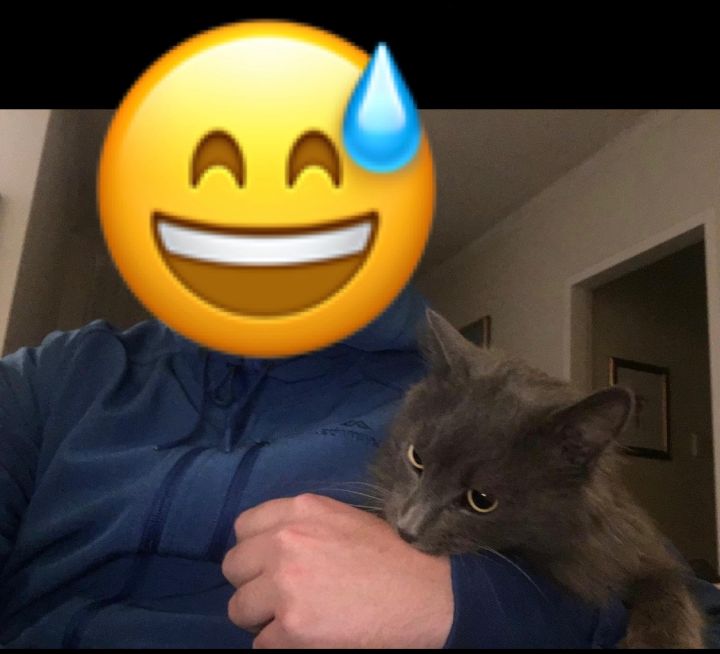 I’ve emoji-obscured his face to protect his privacy, but at the moment this picture was snapped, he was unknowingly staring down the barrel of an absolute shitshow. We meet this battler – let’s call him Adam – in chapter two of the book.

STORY: We May Need To Amputate

What’s it about: Fresh off the back of two eight-year relationships, our hero goes on a Tinder date and instantly falls in love on the first night, Bachelor-style. After having an adult sleepover, his date reveals that her work needs her to go to New Zealand urgently and wonders out loud who will look after her cat. Adam steps up and offers to cat-sit despite hating cats.

The offer promptly backfires when the cat turns out to be like all other cats: a total prick. First, the cat escapes and then when Adam finally tracks it down, the cat viciously attacks him, turning his left arm into an IRL scratching pole. Honestly, it looked like a bear had attacked him.

The situation goes from bad to hell when Adam’s old man suggests supergluing the cuts together (not a thing), and then he wakes up with a GIANT hand, like the ones you get at the basketball. 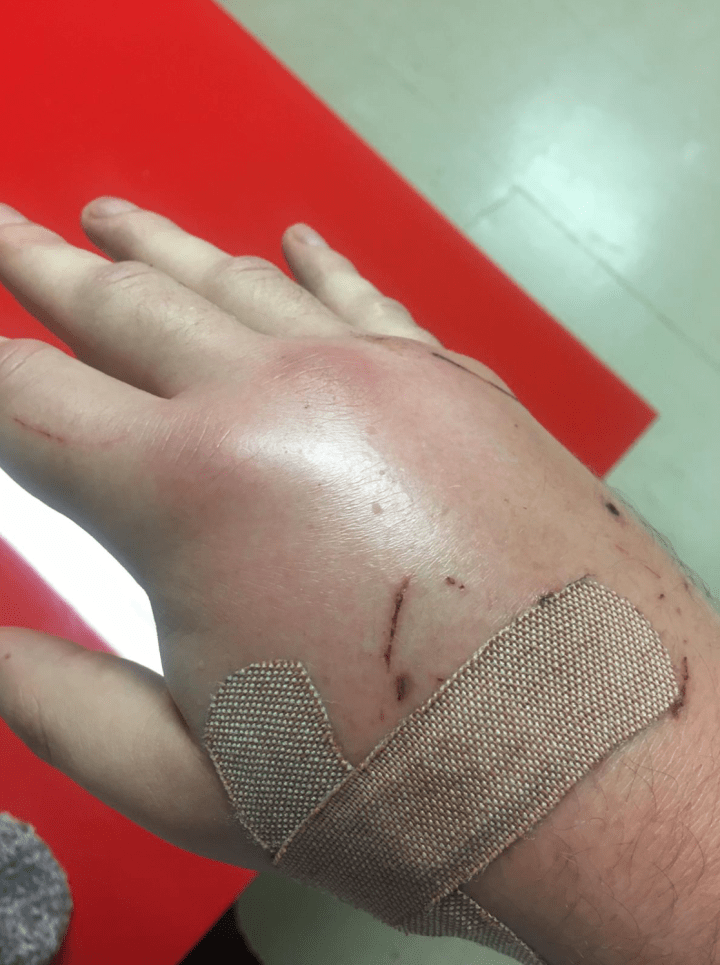 The hand is infected, and when he rushes to the hospital, the specialist takes one look and drops this truth bomb: “We may need to amputate.”

When will I want to die: Probably when Adam’s dad uses Tarzan’s grip to seal the wound shut.

Money shot: “I bent down to pick him up, and that was when Klaus launched himself at me, sinking his claws deep into my right hand. He scratched and swiped, a manic look in his crazy cat eyes as he buried into the flesh.”

If that Tinder-date-gone-horribly-wrong doesn’t do it for you, there are plenty of other fuckups to choose from in Today I F****d Up.

STORY: Where Does Grandad Keep His Guns?

What’s it about: A city slicker travels out to the country to meet his new girlfriend’s grandparents.

Having grown up with no real need for a drivers license, the city slicker finds himself in a tight spot when his girlfriend’s grandfather asks him to drive an old ute back to the shed. After consulting a YouTube tutorial on how to operate a manual car, he miraculously manages to get the ute started. But stopping it is another matter.

There’s a whole bunch of ‘this can’t be happening’ moments, but it peaks with the city slicker crashing the grandad’s ute through the back of the garage, being stung by a wasp and breaking a family heirloom.

When will I want to die: Hard not to feel for this poor soul when the wasp adds insult to injury.

Money shot: “I forced my car door open and stepped onto the crime scene only to feel a painful twinge in my neck. The crash had angered an old wasps nest, and now I was repeatedly being stung. Based on the intensity and ferocity it was, presumably, the Queen.”

STORY: We Are Family

What’s it about: A young woman brings her brand new fella to a family reunion. After a few beers, the frisky couple ducks off to an unoccupied bedroom for some alone time. The only problem is: they’re not alone.

Earlier in the night, the young woman’s mother (oof) felt a migraine coming on and sought refuge on a lounge in the same bedroom. Frozen by fear and mortification, the mother rolls off the lounge and under the bed, landing a front-row seat to her daughter’s orgasm.

When will I want to die: When the mother realises it’s her daughter because she hears the boyfriend moaning her name.

Money shot: “With a little luck, the migraine might render the entire episode a hazy nightmare, a blurry memory roped to a sinking anchor. Or perhaps not, I thought, as the bed groaned and sagged, hovering inches away from my face. Goodness me, they were staying, they were going again.”

STORY: You Can’t Handle The Tooth

What’s it about: After learning his wife is expecting twins, a graduate lawyer is desperate to nail his latest job interview and provide for his family. During the interview, he takes a sip of molten hot coffee which melts the dental glue holding his false tooth in place. The troublesome tooth falls out of his mouth and lands squarely in his coffee cup.

Unable to fish it out without drawing the panel’s attention, he decides there is only one option: swallow the tooth and retrieve it later.

When will I want to die: As the wannabe-lawyer is forced to sift through his own shit to find the false tooth.

Money shot: “Forget a storm in a teacup; this was a shitshow in a coffee mug.”

But I’m not going to give you all the coffee / tea for free. What do you think this is? Go and experience these outrageous fuckups in their full glory for yourself by going to buy Today I F****d Up right HERE.