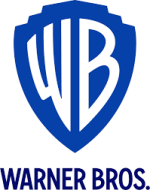 PEDESTRIAN.TV has teamed up with Warner Bros. to hype you for the movie event of the year.

Timothée Chalamet may only be 25-years-old, but boy, he has made quite the impact on Hollywood during his sharp rise to fame in recent years. And with the imminent arrival of Dune, one of the most highly anticipated movies of 2021 set to finally make it to Aussie cinemas in December, we thought we’d take a look back at Timothée’s incredible career.

So, let’s kick things off with the movie of the year!

Adapted from the 1965 book of the same name, Dune features some huge stars, including Timothée, Zendaya, Oscar Isaac, Jason Momoa and Stellan Skarsgård, to name just a few. It’s also directed by Denis Villeneuve, one of the greatest filmmakers of all time.

Dune is set in the far future of humanity and sees Timothée as Paul Atreides, the son of a noble family. He has been entrusted to protect the most valuable asset and most vital element in the galaxy. It can extend human life, provide superhuman levels of thought, and makes faster-than-light travel practical.

The book is known as one of the most influential sci-fi books and has inspired the likes of Star Wars and Game of Thrones. So, if you’re into those kinds of shows and movies, you’re in for a treat. Plus, with a cast like this, how could it not be good?

Dune will hit Aussie cinemas on December 2, so mark your calendars — this is the movie event of the year and simply must be watched on the big screen. And you know it’s going to book out fast, so get your tickets ASAP!

Timothée stars as Laurie, a neighbour of the March family in Greta Gerwig‘s 2019 remake of Little Women. Laurie falls in love with Saoirse Ronan‘s Jo but ends up with Florence Pugh‘s Amy when Jo rejects him. Timothée delivers a stand-out and charming performance in this ensemble film.

In this 2019 Netflix film, Timothée stars as Prince Hal, who ascends to the throne as King Henry V. This epic war film is loosely based on Shakespeare‘s Henriad. It also features a lot of amazing Timothée haircuts and Robert Pattinson‘s *incredible* French accent.

It’s essentially a coming of age story of Henry grappling with being King, politics and his newfound power. Unsurprisingly, Timothée is very good in this film as well!

Timothée Chalamet and Steve Carrell as father and son? Sign me up! Beautiful Boy is based on a real-life father/son relationship with Timothée, starring as Nic Sheff, a writer’s son who becomes addicted to methamphetamines, recovers and relapses numerous times. The actor’s performance is gut-wrenching and moving — even the trailer’s enough to make me cry!

Timothée and Saoirse Ronan’s first film together! The pair play a couple in Greta Gerwig’s directorial debut with the actor starring as Kyle, a high school boy in a band, who tells Lady Bird she’s “going to have so much un-special sex” in her life. Sweet, right?

Finally, the film that made Timothée a household name: Call Me By Your Name. The star plays Elio, a young man who realises his identity and sexuality when he meets Oliver, a university student who comes to help his professor father in Italy for the summer. This film made Timothée the third-youngest ever Oscar nominee for Best Actor thanks to his raw performance.

Timothée’s first big film and at the tender age of 19, where he worked with some of the greats like Matthew McConaughey, Anne Hathaway, Jessica Chastain, John Lithgow, Ellen Burstyn, and Michael Caine, to name a few. Not behd at all!