Going some way toward answering the age-old question, “In a fight to the death between snake and crocodile, who would emerge the victor?” – or, perhaps more accurately, “What the actual fuck, Australia?” – a snake has casually eaten a crocodile under the most terrifyingly Australian circumstances ever at Lake Moondarra, near Mount Isa in Queensland.

Local woman Tiffany Corlis was yesterday brunching close to the lake, which she says she hasn’t been dissuaded from swimming in ever again, when she was alerted to the presence of the prehistoric reptilian grudge match nearby; naturally, she grabbed her camera, got very close and lived to today paint for ABC North West Queensland Radio the following vivid picture:

“[The Crocodile] was fighting at the start, it was trying to keep its head out of water and survive. But as the morning progressed you could tell both of them were getting a little weaker and the struggle was going on, finally the croc sort of gave in.”

If you see a snake eating something crazy please photograph it and get in touch. Not kidding. #snaketips 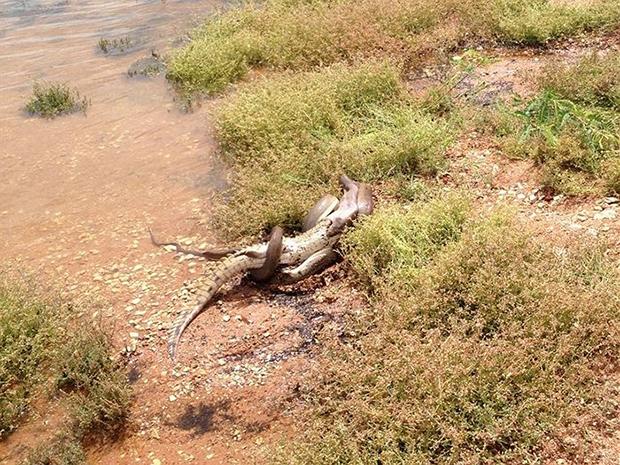 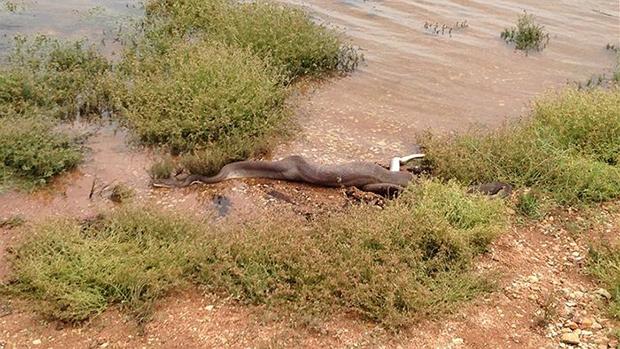 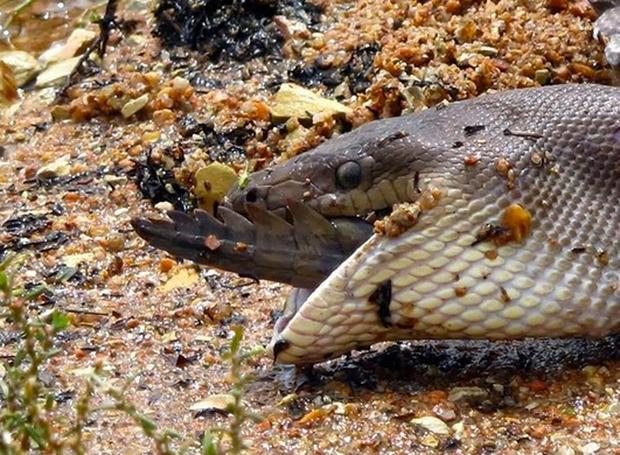