He all but lost his shift during this morning’s report, during which he was able to tell yr boi Karl Stefanovic and Lisa Wilkinson there just so happen to be two tropical storms named after them.

Tropical Storm Lisa and Tropical Storm Karl are currently brewing off the coast of the Atlantic, according to the US’ National Hurricane Center, with the potential for Karl to develop into a hurricane that hits Bermuda later this week. 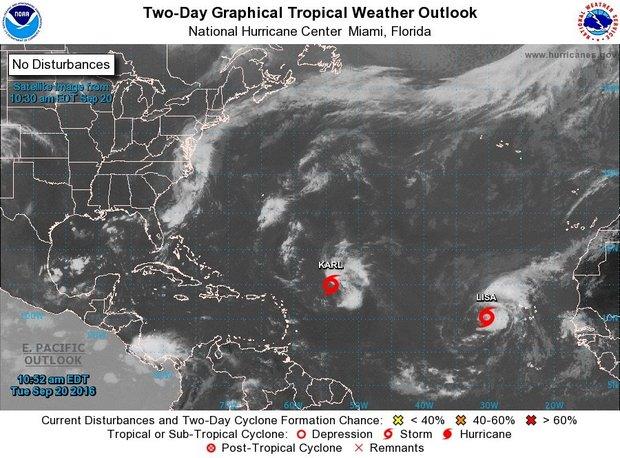 Old mate Stevie was primed to deliver bulk weather jokes when the guys crossed to him this morning.

“Tropical Storm Lisa has developed in the eastern Atlantic and has joined Tropical Storm Karl – believe it or not!,” he guffawed. “Lisa is not expected to be a threat but Tropical Storm Karl is proving to be unpredictable, shock horror, and may develop into a hurricane. But at this point, Karl is defying forecasts and failing to intensify – always a problem Karl.”

The innuendo did not stop there.

“Forecasters are keeping an eye on Karl though, as he can turn suddenly,” Stevie Dad-joked.

Watch the exchange in full:

You do you, Stevie.