‘The Voice Australia’ Final Four: Who Will Win?

After an incredible reality television journey that has included incalculable mentions of the word “journey”, we are nearing the final episode of The Voice with just four contestants remaining in the blitzkreig of song. Like a slave to the (at times fucking terrible) music, I’ve been intently following the series from the first episode and so I feel like I know the final four as if they’re my own children. (I don’t have any children. That’s the joke.)

KARISE EDEN She’s 19 with a troubled childhood (so the girl knows how to really sing them blues, right!?). Reality television gold. She’s a worthy contender because of her crazy Janis Joplin wail and the fact she’s been one of the most consistently stellar performers from the series.

Karise sings “It’s A Man’s World” in her audition:

SARAH DE BONO Occasionally known by my boyfriend as ‘Sarah De Boner‘ because of her preference for ensembles comprising tight pants and low cut tops, feisty Sarah has been the jewel in Joel Madden’s trove of goodlooking young contenders, eliciting more toothpick-chewing enthusiasm from her mentor than any other performer. 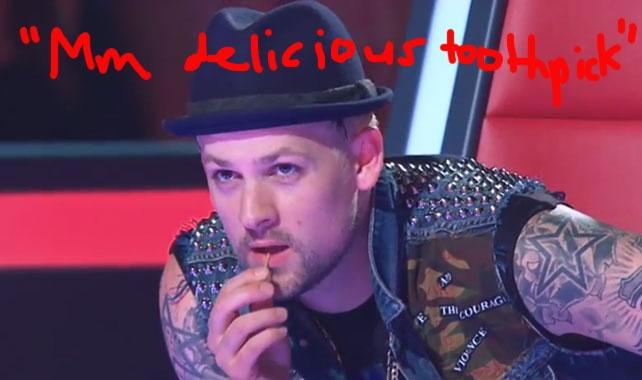 RACHAEL LEAHCAR Star Team Delta member, Rachael, said of herself in episode 12 “my laneway is the golden age of music”, and her impressive performances of standards by Gershwin and the likes have made her an audience favourite. Rachael is legally blind, so her “story” has also given credence to her as a deserving victor, should she win.

DARREN PERCIVAL He looks a little like a castoff from Wiggles auditions but Darren P is arguably the most popular contestant remaining on the show. His obvious joy for singing on stage and his middle of the road soul leanings have gone extremely well with the viewing public, and all the judges have been gushing in their feedback for his every performance.

From here we go to The Voice Grand Final on Sunday, 17th June, with the winner being announced next Monday night, 18th June, on Channel Nine. How do you think will win? Cast your vote below.

For more shit talk about The Voice listen to last week’s episode of Pedestrian’s pop culture podcast The Walkthrough.