Good news, mates: Mr. Grey (a.k.a. Jamie Dornan) will see you now. And you won’t have to go far to see him either, ‘cos he’s come to us to film a brand new Stan Original Series, The Tourist.

Stan just unveiled the first trailer for the six-part mystery-thriller series and revealed it’s dropping on 2 January, only on Stan. 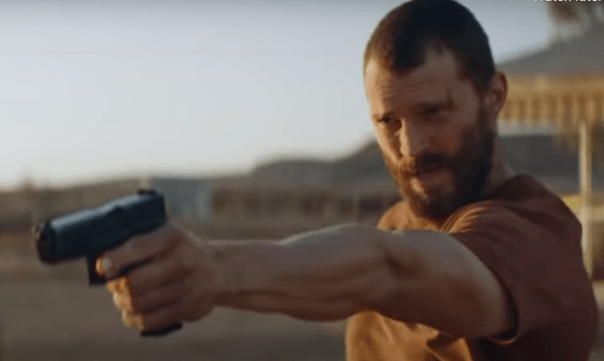 In the exciting new series, Jamie Dornan plays a British bloke (intriguingly titled ‘The Man’) who winds up in the Australian outback, being followed by a vehicle that’s trying to drive him off the road.

Following an epic chase, he winds up in hospital with no clue of who or where he is. Over the course of the episodes, there’ll be many twists and turns, leading to an almighty conclusion.

Have a peek at the trailer below and keep your eyes peeled on Stan on January 2 for some primo post-new years viewing.

As per, Stan has got us sorted with a slate of epic original shows and flicks to enjoy over the holidays.

Speaking of holidays, get into the festive spirit with Stan Original Chrissy flick, Christmas on the Farm, which landed on the platform yesterday.

The hotly anticipated thriller is all about hunger, greed, and the lengths people will go to for them dollarydoos.