I think at this point we should stop viewing The Simpsons as a hilarious television show and start viewing it as a powerful fucking ORACLE that predicts the entire future of civilisation.

The Simpsons fans have noticed a stunning similarity between the wild scenes that erupted in Washington D.C yesterday and an episode of the long-running animated comedy.

At least four people have been confirmed dead and several others were left seriously injured following the violent siege, which has now ended.

As footage of the terrifying day quickly circulated on social media, folks were quick to point out the staggering similarities between the chaos in the Capitol and The Simpsons’ 31st Treehouse of Horror episode.

The Simpsons episode, which aired on November 1, 2020, sees Homer struggling to decide who to vote for in the election.

Homer is told by Lisa to “remember everything bad about the previous four years”, before he reads 50 things about Donald Trump’s time in office (a.k.a. 50 fuck ups).

Homer finally decides who to vote for, but finds he had only dreamt this, and was actually sleeping through the voting period.

After a disappointed Marge wakes him, he asks “Hey, how bad can it be?”

We then flash forward to January 20 where Springfield is in a state of abject CHAOS (read: armageddon). 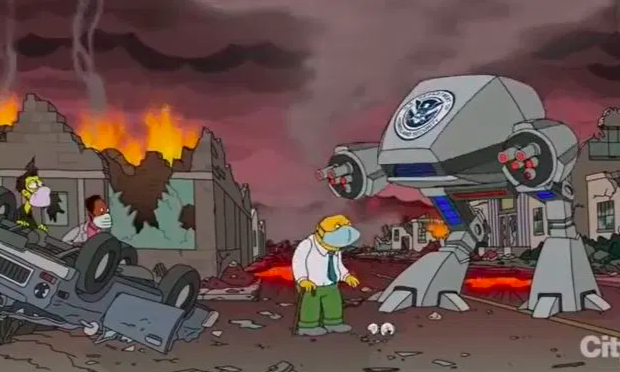 Homer sits on the roof of the family home, dressed in a makeshift apocalypse outfit, featuring an armour of kitchen utensils.

Homer sips his beer while holding a rifle as ‘government robots’ terrorise the streets and the four horsemen of the apocalypse ride overhead, holding flags which read “Pestilence”, “Famine”, “War” and “Treehouse of Horror XXXI”. 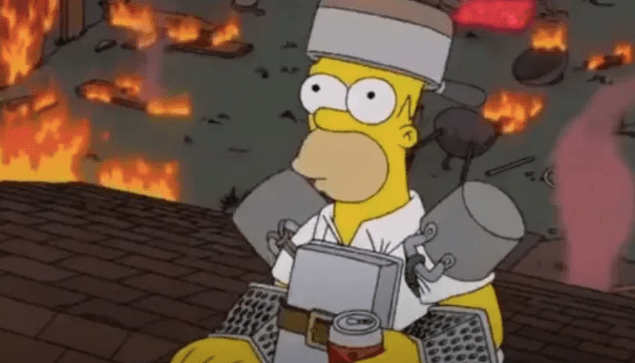 The Simpsons is now streaming on Disney+ so go check it out for yourself.