Her Majesty the Queen was greeted by thousands upon thousands of adoring royalists, fans, and pissheads eager to celebrate anything, who clamoured along the banks of the River Thames in London to celebrate her 60-year reign as the leader of the Commonwealth realms. Yes, by title the Queen sounds impressively like an axe-wielding half-beast from Game Of Thrones except the main difference is she is non-fiction. The celebrations for the 86-year-old grandmother hit their public peak with the Diamond Jubilee Pageant where the Queen oversaw hundreds of boats and her royal subjects adorned in tricolour British flair. Let’s take a look at what the Royal Family was wearing for this once in a lifetime occasion…

The Queen looks extremely chic in a brilliant white suit-and-cape ensemble. Both are punctuated with Swarovski crystals as a sartorial reminder of which jubilee it is this year, bitches. I love her hat, and gleaming white gloves which are that pristine shade of white that can only be successfully pulled off by a person who is never required to open her own door or crack her own tinny. 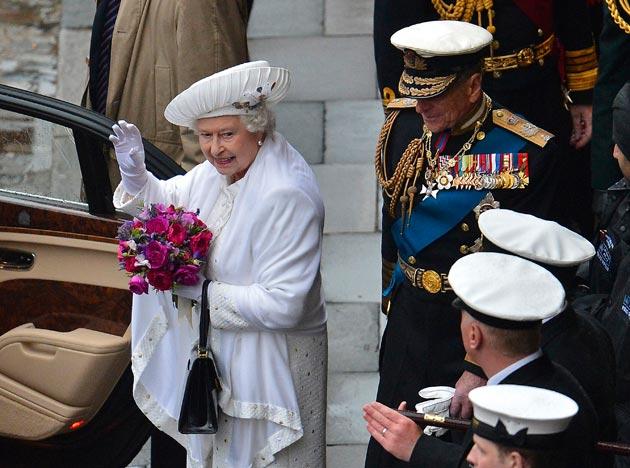 Pippa Middleton wears a completely boring navy and white suit. A hundred pounds says she was specifically told to not look sexy and wear a non butt-focused outfit. It’s the Queen’s day – not one for popular commoners – after all. Regardless of the outfit restrictions Pippa appears to be having a marvellous time – on the bottom deck out of harm’s way. 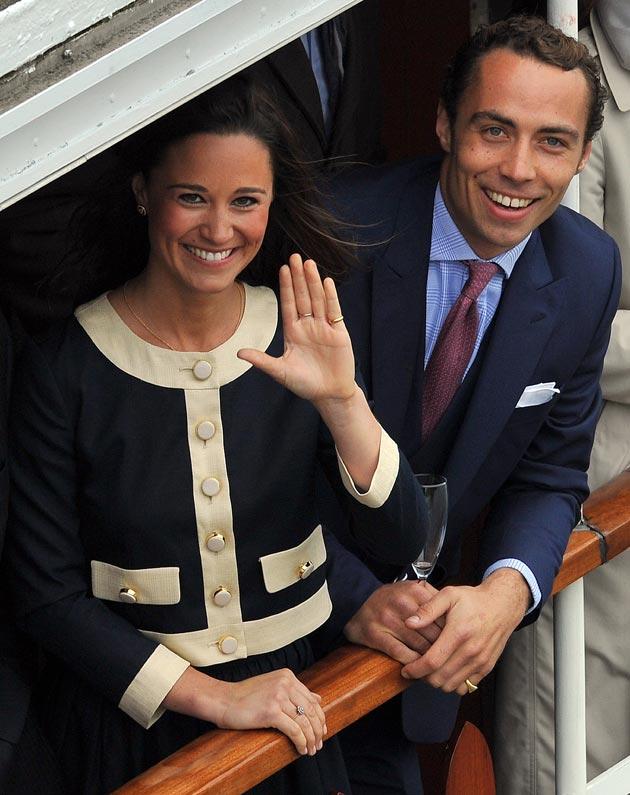 It’s nice to see Prince Andrew (AKA the Duke of York) and Prince Edward (AKA the Earl of Wessex) having such a delightful time. They look so handsome in their matching suits that you hardly notice their matching yellow teeth. 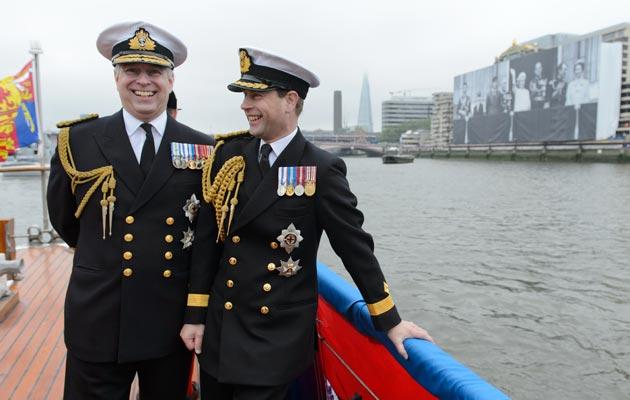 Princess Beatrice has been rising up the ranks of stylish royals over the past few years. Upon initial viewing I thought that was a live white dove she is clutching in her left hand, but it’s just the gloved hand of a royal footman thank god. The pretty black and white print dress is an appropriately understated look for the occasion, my only real gripe is those leather falcon rings on her left wrist. Pretty sure QEII would not approve. 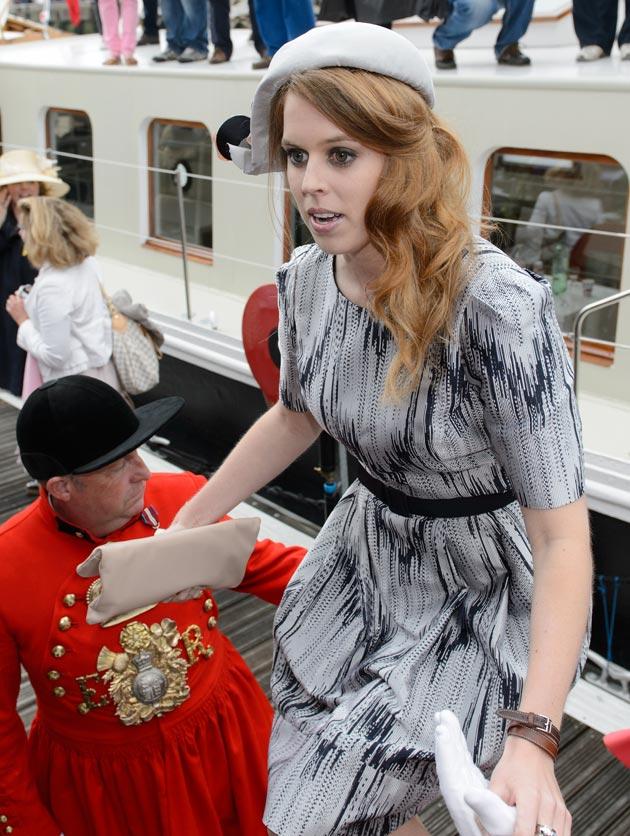 Aawww look. It’s three generations of whatever-their-last-name/s-is/are together in one photo. Prince Charles Prince of Wales, Prince Philip Duke of Edinburgh, Prince William (that’s him wearing the blue suit behind the others) and Prince Harry all look busy and important and rather dapper in their matching military regalia. Especially Harry, right, ladies? 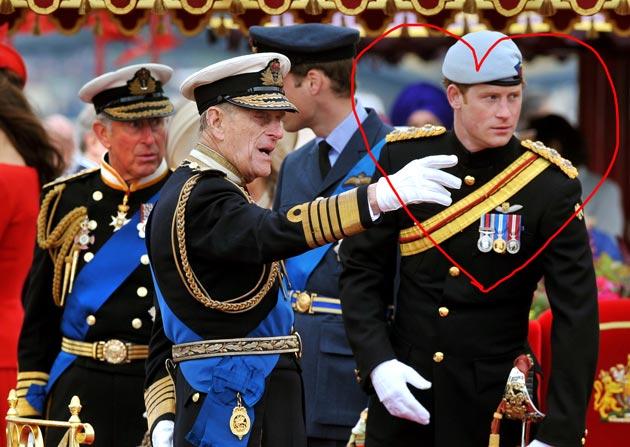 William and his Alexander McQueen-wearing wife Kate Middleton (who, officially, goes by Catherine Duchess of Cambridge) arrived together smiling like the happy couple they are. From the moment they arrived there was barely a second where they didn’t commit to their waving duties. These two were waving like champions as soon as they hit the Thames riverside. 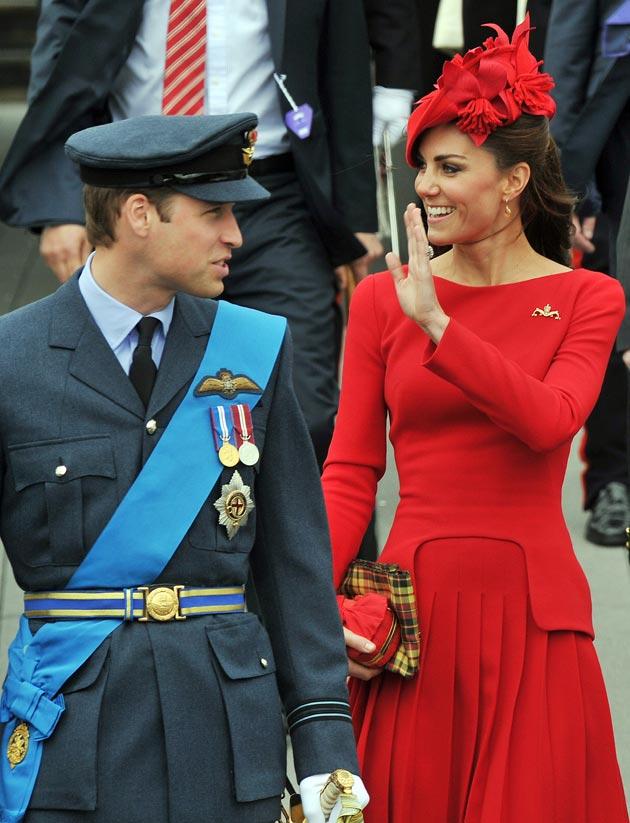 Once aboard the ‘Spirit of Chartwell’ Prince William reminded Harry and the Duchess of Cambridge that just because you’re talking doesn’t mean you can stop waving. 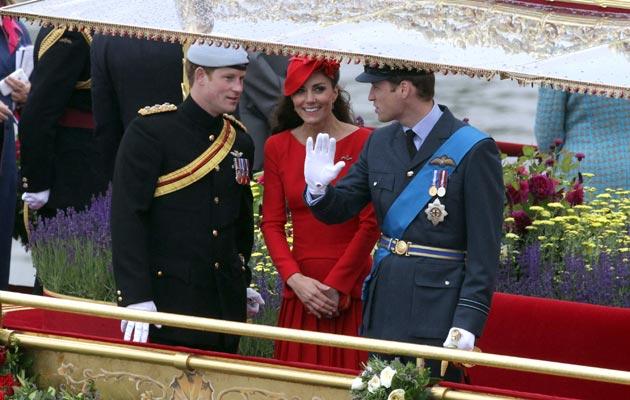 That’s better. Kate really seems to have the hang of it… 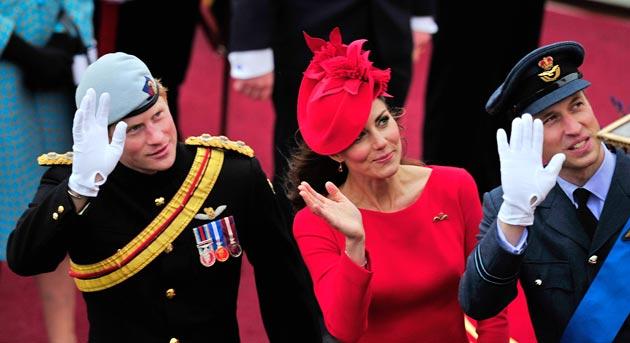 … which is fortunate because earlier in the day she had been experiencing a bad case of gammy hand: 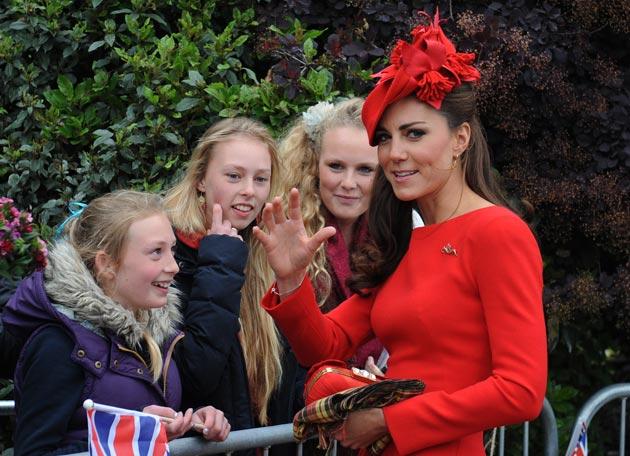 This guy, for example, is sporting the hat, jacket and trousers. 10 points. 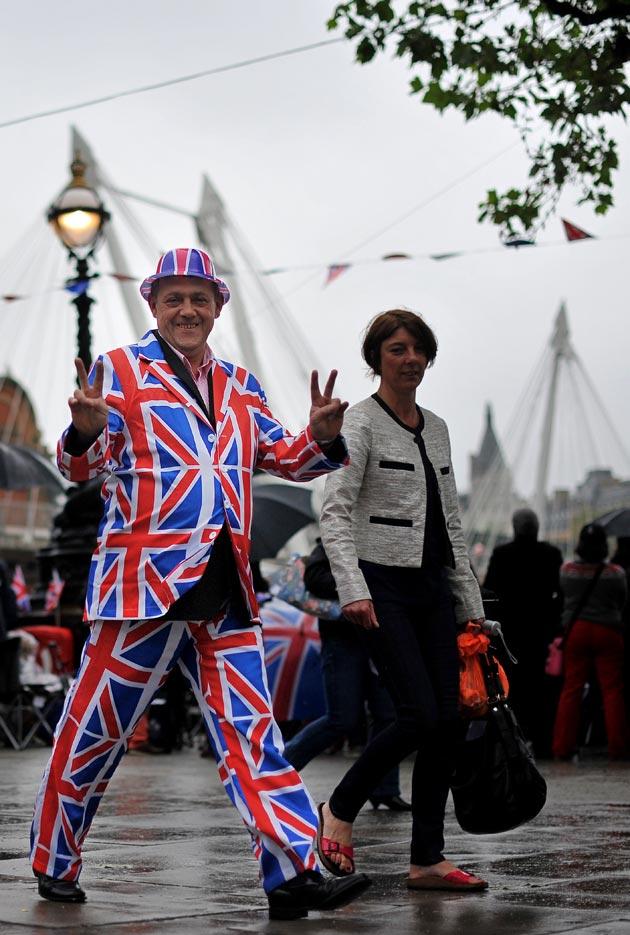 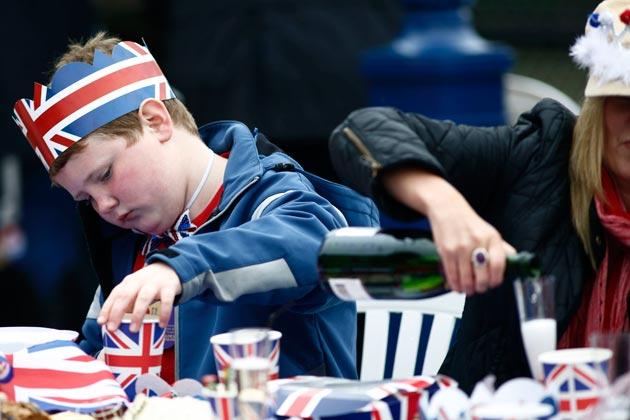 Now here’s how you really do it. Shoes, shirt, earrings, sunglasses, flag, trolley and pinwheel all covered in Union Jacks. No wonder she looks so pleased. 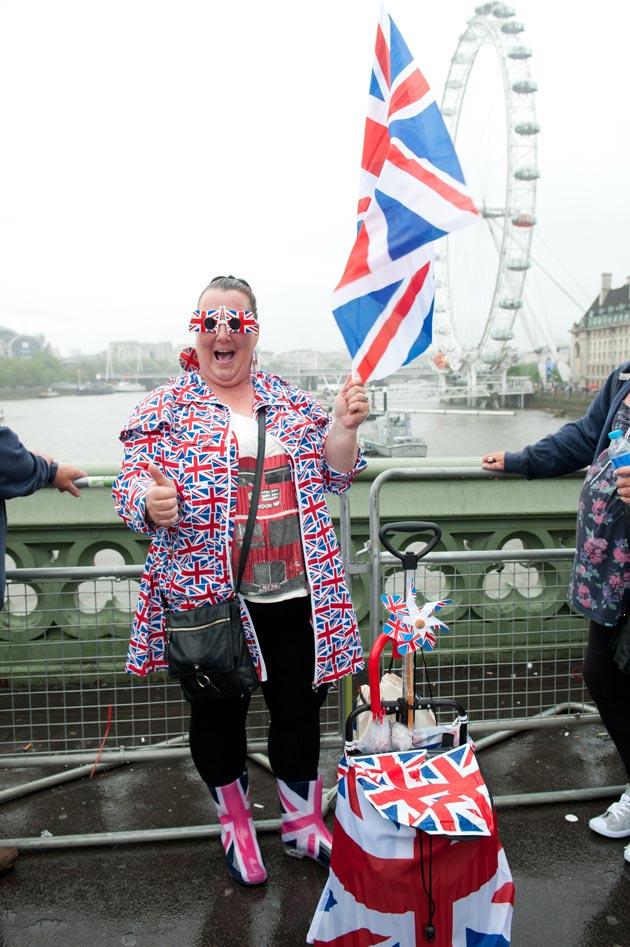 Look at this idiot. One ribbon? Shit effort. 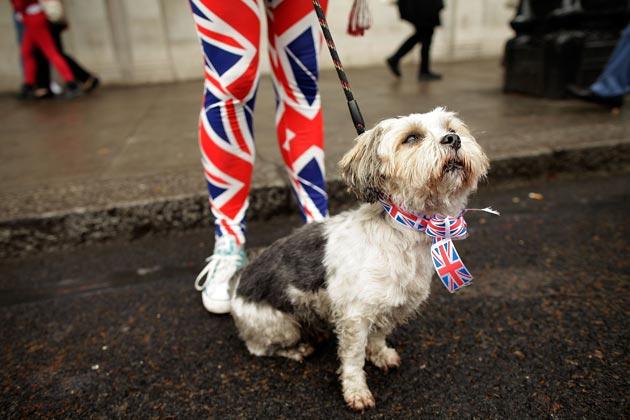