Yes, according to next week’s cover of The New Yorker: Bert and Ernie are, in fact, gay yahoo; at least that’s the implication behind the magazine’s latest cover image, Moment of Joy, which celebrates the Supreme Court’s historic June 26th ruling on the Defense of Marriage Act, granting same-sex couples the “equal liberty” guaranteed by the Fifth Amendment.

The visual was submitted unsolicited to the magazine via Tumblr, where it was uploaded in May 2012 originally featuring an image of Barack Obama by the artist Jack Hunter, who’s quoted as saying:

“It’s amazing to witness how attitudes on gay rights have evolved in my lifetime. This is great for our kids, a moment we can all celebrate.” Also, great for Jack Hunter: Tumblr artist.

However, The Hollywood Reporter notes that not everyone is thrilled with the decision, with critics labelling the image everything from infantilizing of the movement for equality to just straight up terrible.

Despite both the fact that the jaundiced duo have cohabited for decades in the same bedroom and Bert’s behavioural disposition tends toward being a constant boner, Sesame Street issued a statement in 2011 quelling once and for all and for never any suspicion that their relationship is anything other than platonic on account of their being Muppets™ without a sexual orientation or bits.

If anything it’s the monobrow that’s the deal-breaker but whatever. 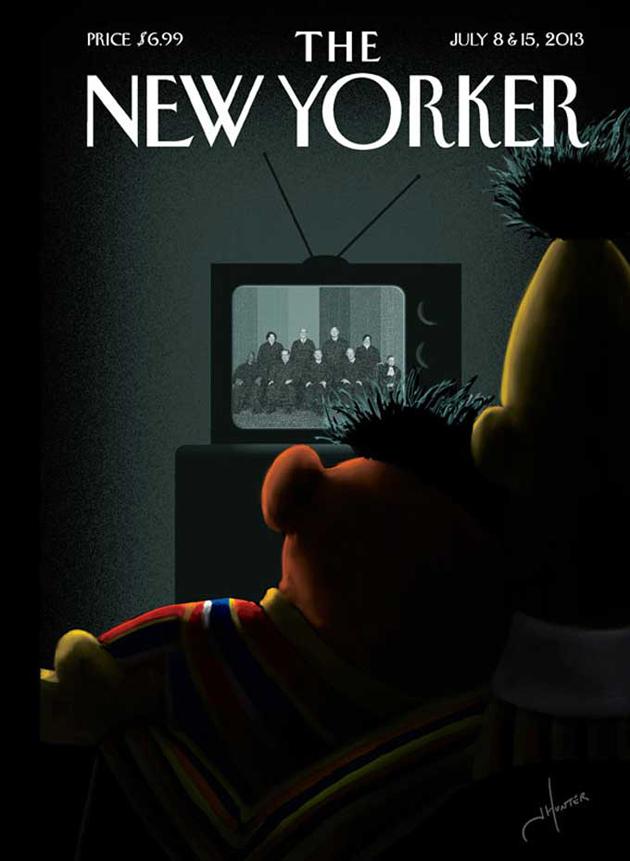 via The New Yorker