The Heroes And Villains Of 2011

Let’s not kid ourselves. 2011 was Charlie Sheen‘s year. He veered dramatically between Hero and Villain status before coming through the year with his fan base – and physical well being – still largely intact. #winning. As for the other major players in the year of popular culture that was, we narrowed it down to our Top 5 Heroes and Villains of 2011.

VILLAINS OF 2011
Kyle Sandilands It’s not like we needed another reason to intensely dislike this dude, but “Vile Kyle” really earned his stripes as a archfiend after setting sail on a misogynistic on-air rant about a female journalist, after she panned his terrible variety show A Night With The Stars. “Some fat slag on the Telegraph website… You’re a piece of shit.” The silver-tongued devil. The big brand sponsors of his radio show subsequently pulled up stumps… Yet the show continues to get ample listeners. I guess it’s true what they say: everyone loves a bad boy.

Image by Ryan Pierse via Getty

S.Mouse: TV’s worst character this year. Shallow, unlikeable, composed entirely of tropes. A facsimile of a facsimile. Cussed incessantly and made terrible jokes about defecating on people. Spoke like a rural wigga with a speech impediment. Worst crime of all: not funny.

John Galliano: There’s nothing like saying the words “I love Hitler” to make people cross with you. The extraordinarily talented designer got fired by fashion house Christian Dior (for whom he worked as creative director since 1996) for uttering those terrible words. The fact he was captured saying those words in video footage was the ultimate nail in the buried coffin of his career. “I love Hitler” = “Everyone hates Galliano.”

Julia Gillard: It hasn’t been a good year for the Australian Prime Minister. The people of her country definitely don’t believe that she’s using her pull as the world’s 23rd Most Powerful Woman in the best way possible. In terms of Julia’s villainous acts, she passed the Carbon Tax (and that upset some people); she refused to support same-sex marriage (that upset other people); she negotiated a non-solution to asylum seekers (more people = v. upset); and the population at large would prefer almost ANYONE in the role instead of her. We need a hero.

News Of The World: Some journalists embark on the noble pursuit of truth, but there are others who’ll abandon any means of integrity in the name of a scoop. This year, Britain’s now-defunct newspaper became the target of a media shitstorm after police started investigating the publication for hacking into the phones of various people. The victims were varied – from Hugh Grant to the Royal Family to families of murder victims – and the fallout was phenomenal. What happens to papers that get up to totally illegal, hugely unethical journalistic sneaky shit? You get shut down after 168 years in publication. Bam.

HEROES OF 2011
QLD: Endured floods which affected more than 200,000 residents and caused an estimated $1b in damage. Picked themselves up. Picked each other up. Didn’t complain once. Won a record sixth straight Origin series. Saw The Broncos win an NRL semi-finals berth when Darren Lockyer kicked a shonky extra time field goal after he fractured his cheekbone. It was his last ever club game. Passed the Civil Partnerships Bill and gave same-sex couples in Queensland the right to enter into legally recognised civil unions just like the rest of us.

Steve Jobs: As insensitive as the fact may be, Steve jobs has never been more beloved and revered as he has been since he passed away in October. From Barack Obama to Snoop Dogg, the whole world responded with an outpouring of gratitude for his vision and contribution. The posthumous hero of 2011.

Emmanuel Kelly: The 17-year-old X Factor Australia contestant who made us weep and Yoko Ono tweet. Living with multiple limb deficiencies – the result of chemical warfare from his birth country Iraq – Emmanuel came to Australia after he was adopted. The message he wanted to send through singing John Lennon’s “Imagine” in his audition: “I believe I can do this.” He made us take pause from bitchily rubbishing a tired reality tv schema and take a moment to think about how human beings are pretty amazing – and surely that’s a heroic feat.

Kelly Slater: Put one hand on the “greatest sportsman of all time” mantle. No argument. Won a record 11th ASP world title at an age when most athletes physically and mentally deteriorate. Shows no signs of doing either. Turns 40 next year. Officially became more dominant for longer than Jordan, Armstrong and Federer. Still hungry and perpetually clutch. If he played any other sport the G.O.A.T. argument would be over.

Ryan Gosling: Starred in stylish cult thriller Drive and George Clooney political drama The Ides Of March. Played morally ambiguous heroes with ease. Played a hero IRL when he broke up a NYC street fight, footage of which has since gone viral and now serves as definitive proof of his perfection. Named People Magazine’s second Sexiest Man Alive. Not one person agreed including winner Bradley Cooper who conceded that it was a mistake. A real hero. And a real human. 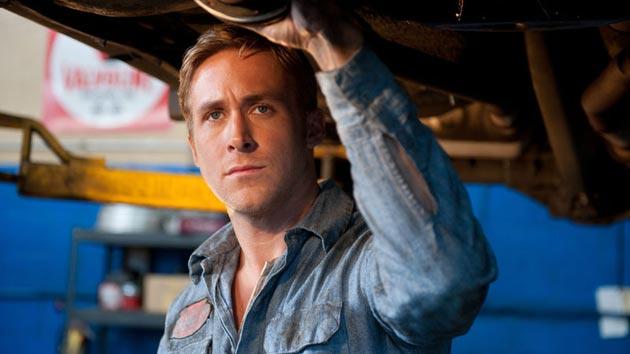 Words by Ash and Suz