The Cast Of ‘Twin Peaks’ Reunited for Coffee and Donuts

To celebrate the release of the brand new Twin Peaks Blu-Ray set, which includes 90 minutes of deleted scenes from the TV series and its prequel movie Fire Walk With Me, the cast and crew held a reunion party at Silver Lake’s Vista Theatre, and it was a glorious event.

Grace Zabriskie and Ray Wise, otherwise known as the parents of murdered teen Laura Palmer, walked the red carpet together. It’s nice to see that they’ve made up after, y’know, everything that happened there … 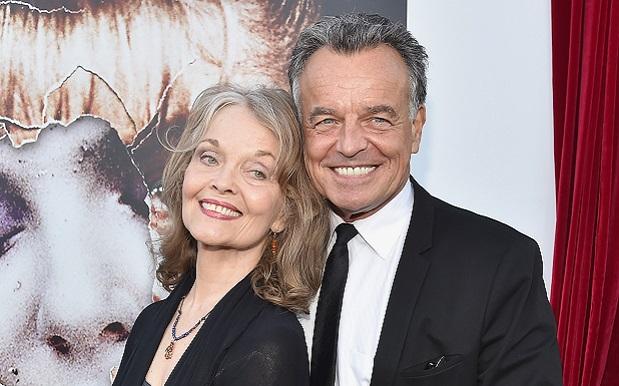 Director David Lynch, seen here with Madchen Amick, opened the evening with a typically-cryptic speech. According to Variety, he said: “Tonight I would like to speak about wood,”he said. “Much happiness can be had from observing a tree.” 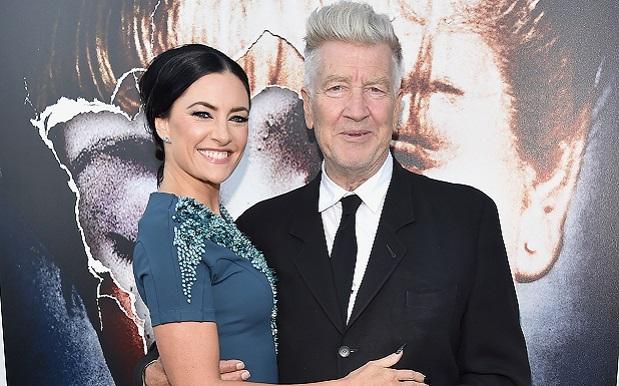 I could bore you with several thousand words’ worth of theories about how Twin Peaks is all about trees, or show you this picture of The Log Lady herself Catherine Coulson. Let’s maybe go with that. 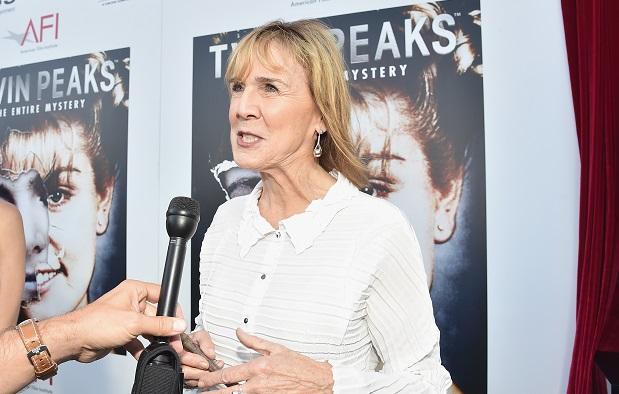 Russ Tamblyn, otherwise known as Dr Jacoby, showed up with his daughter Amber, who wore his character’s signature glasses. 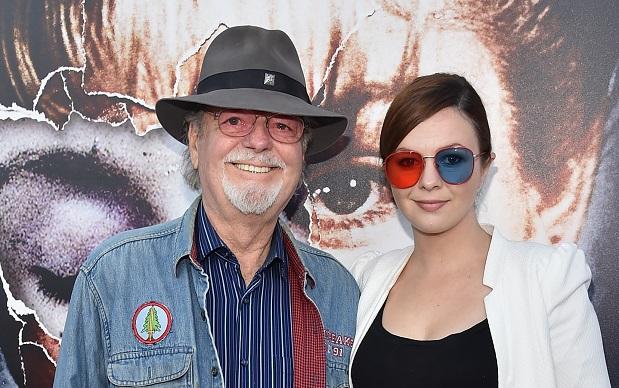 Kimmy Robertson, who played the perpetually-eccentric Lucy on the show, posed for a few pictures with David Lynch. 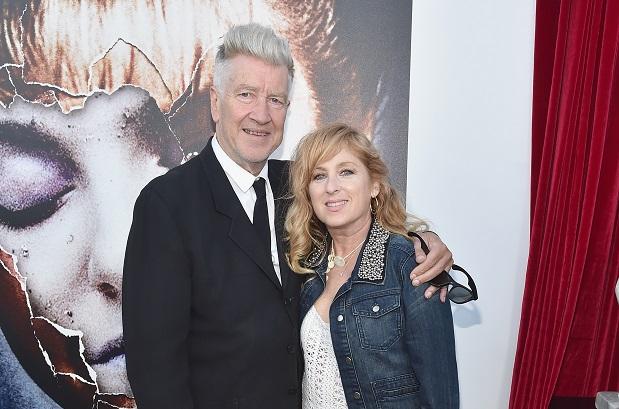 In the photo op of the evening, Peggy Lipton, who played waitress Norma on the show, cozied up with Laura Palmer herself Sheryl Lee, and Grace Zabriskie. 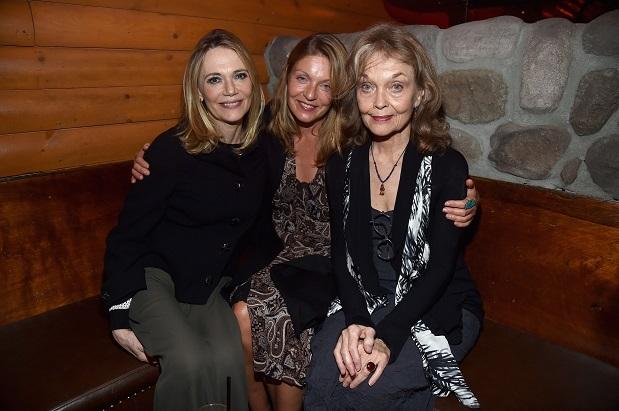 The refreshments looked excellent, and also extremely fitting, given the Twin Peaks Sheriff’s Department’s obsession with fresh coffee and donuts. 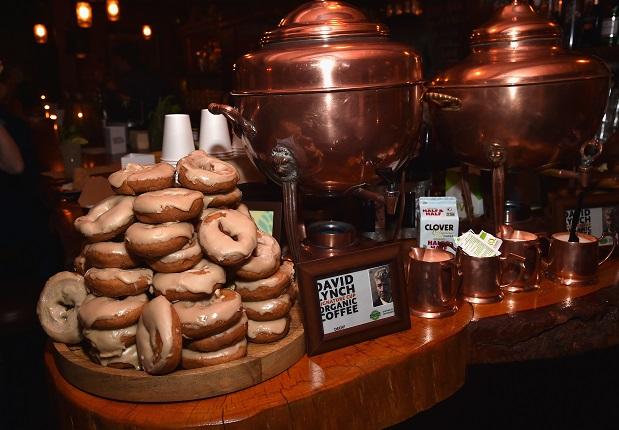 A few key cast members were absent. Kyle Maclachlan was a no-show, because he’s busy being the Mayor of Portland, and because Dale Cooper may or may not still be stuck in the Black Lodge.

David Duchovny, Heather Graham, Sherilyn Fenn, and Lara Flynn Boyle were also absent, and there was no sign of the ever-fiendish Billy Zane, but you really can’t complain about this kind of a turn-out.

The deleted scenes reportedly feature some intriguing moments, including an outtake in which Agent Cooper speaks with his possibly-imaginary secretary Diane (appearing off-camera), and another showing more of the infamous teeth-brushing scene that ended the series.

Nothing gets wrapped up, and those who’ve seen them say that they are now even more confused about what the hell happened in Twin Peaks, but that’s par for the course, right?