The Block 2022 has come to an end and man, what an ending. Filled with tears, tension and allegations of dummy bidding.

Viewers have accused winning team Omar Slaimankhel and Oz Malik of asking their mate Adrian Portelli, an online promotions guru with a net worth of $8 million, to bid on their home to push the price even higher.

The dudes sold their home for a whopping $5.6 million, the biggest sale price in The Block history, earning them an epic profit of $1.68 million.

Omar fired back at these rumours while appearing on Fitzy & Wippa this morning.

“That couldn’t be further from the truth,” he said.

“We reached out to everyone that Oz  and I knew. We asked so many people to come through and see the house.

“We actually reached out to a mutual friend and they kind of suggested that he [Portelli] might be interested and he wanted to come have a look at the house.

“And when he did come, he absolutely loved it. He said he loved his views from our house.”

Adrian Portelli took to Instagram as the episode was airing to deny allegations of dummy bidding.

“For everyone questioning the legitimacy of the auction, I was a genuine buyer with every intention to purchase that property,” he wrote.

“Nobody is to blame for what happened. It’s an auction. Believe it or not, but if you’ve got two people that genuinely want the property, a bidding war will commence.

“I’m happy to show my bank account for anyone that suggests these were dummy bids.” 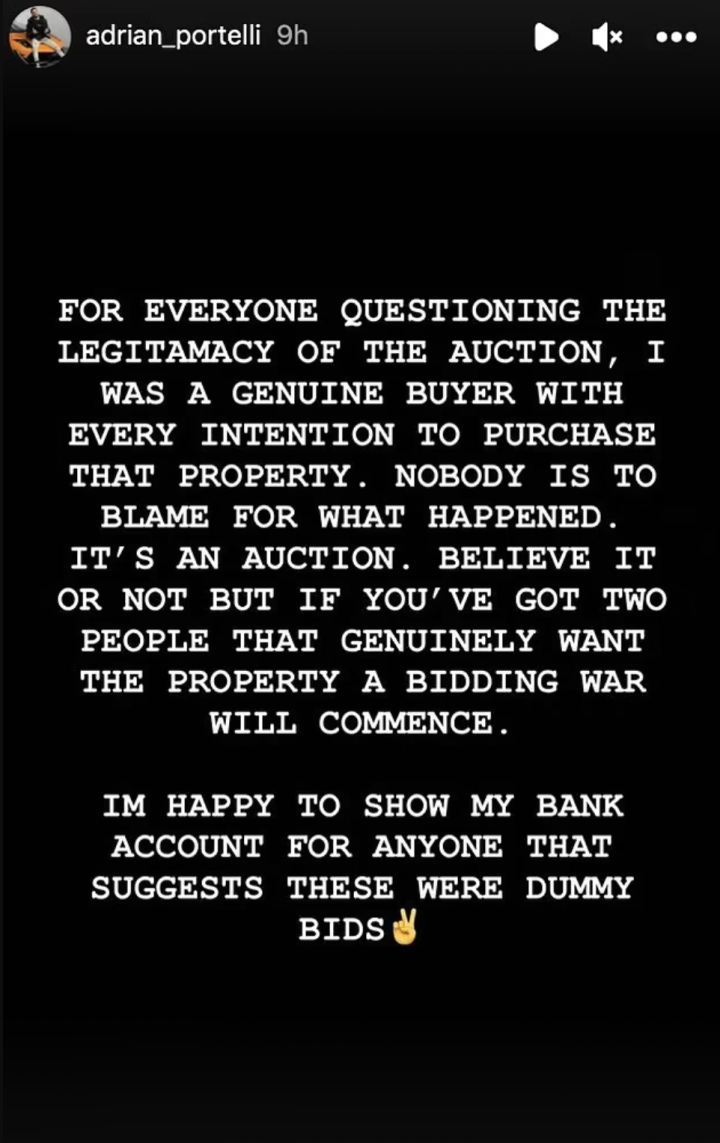 Even Scott Cam has gotten involved in the shitstorm, although his take is that even if it was dummy bidding, so what?

“He was keen on the house and then it went too high and he pulled out,” he told Fitzy & Wippa.

“But having said that, I had someone suggest that to me. And I don’t know that at all about the dummy bidding. But if the boys organised a dummy bidder to push that up to $5 billion. Well, that’s a strategy isn’t it? And it’s an auction. And of course, if Danny had stopped then he would’ve had to buy the house. So that’s not a dummy bidder that’s a bidder.”

A Nine spokesperson released the following statement via The Guardian: “The Block finale was a public auction run according to the rules, and anyone is welcome to bid.”

Just when we thought Elle Ferguson and her hubby leaving the show in the middle of the night was the biggest scandal that could hit the show, this happens.

What a bloody season it’s been. I think I need a lie down and a cold compress after all of that.