‘THE BACHELOR’ FINALE: Richie Crushes Poor Nikki To Choose Alex As His 5eva

Real quick, let’s make an admission: Richie Strahan’s showing as The Bachelor has been good, but perhaps a little too good. Over the course of the season, the West Aussie unit has shown himself as nothin’ but a gentleman, and classy to a fault. That’s all well and good in terms of finding ~ tru luv ~, but The Bachelor isn’t really for him, nor is it for Alex and Nikki, the last women left vying for his affection.

It’s for us, the bloodthirsty audience, and the last truly juicy thing to happen was when Keira was evicted from the house left the Bachie Pad… All the way in the middle of the season. That is to say tonight’s finale was the show’s last chance to prove itself as a landmark dramatic outing, instead of a safe trudge to another picture-perf relationship between two more fair-haired units.

After tonight’s ep, we can proudly say… Well. Alex won. We got that drama we craved. But that celebration was tinged with, well, something a little darker, a little sadder, and not as bloodily dramatic as some may have hoped.

It all kicked off with a blatant onslaught of heli-shots, Channel Ten’s Pavlovian bell heralding the arrival of feels. Presumably they used the choppers to fly in Richie’s ma Kate and his sis, who popped into the Indonesian paradise to judge the shit outta Alex and Nikki. Mama Richie drilled Alex first, about her son Elijah and, perhaps more importantly for the WA-based fam, her life in Melbourne.

Mum’s judgment? “A child in the equation is a massive conversation piece,” which she believed Alex and Richie hadn’t discussed in depth. As for VIC? Alex’s admission she’d be willing to uproot her life seemed to satisfy her motherly inquisition, but “I can only say what I feel as a mum, as someone who’s worried about Richie… I just hope she [understands] the enormity of the obligations she’s putting Richie under.” 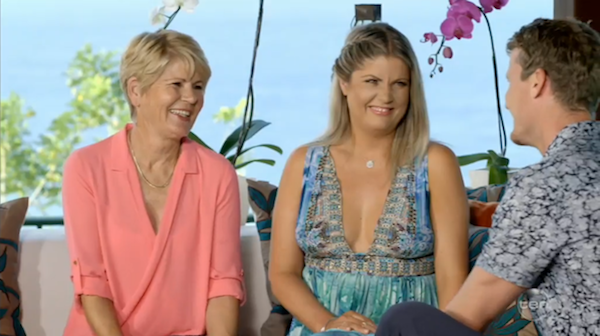 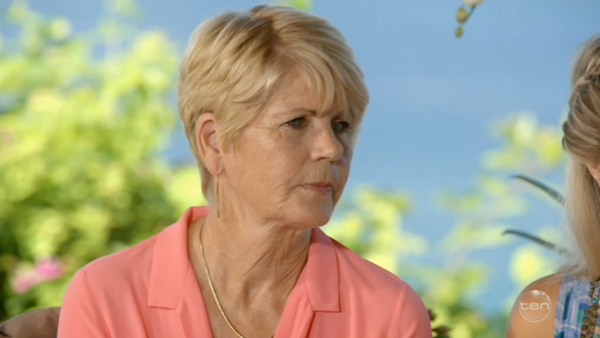 Nikki’s turn was, well, a little easier on the would-be Bachelorette. After the WA town of Northam was given more air-time than it’s ever received before – or, likely ever will again – news of a previous 12.5-year-long rello was met with a modicum of resistance. Still though, Kate more or less gave in to her charms.

Even if the forcefield of Nikki’s personality did literally repel Kate to begin with. 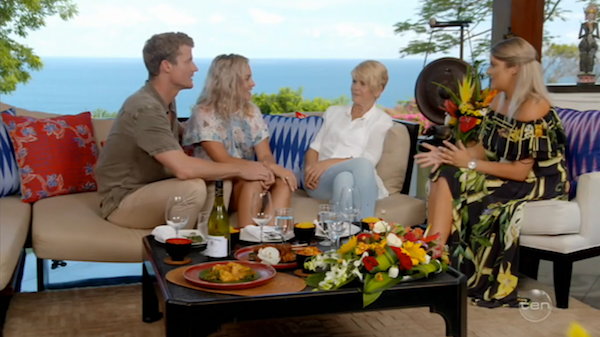 After those interviews, it was back to the chopper. AND TO THE MONKEYS.

This was probably the point that best defined Richie and Nikki, together – fun-lovin’ folk who aren’t afraid of contracting rabies if it means more time spent together. Nikki went ahead and told Richie she loved him, again, but we already knew that from the fact she was willing to pash the guy while still at the monkey palace:

By comparison… Alex was treated to fruit on a boat. They had a splishy-splash. No primates were involved, but another poem was. And she told him she loved him. 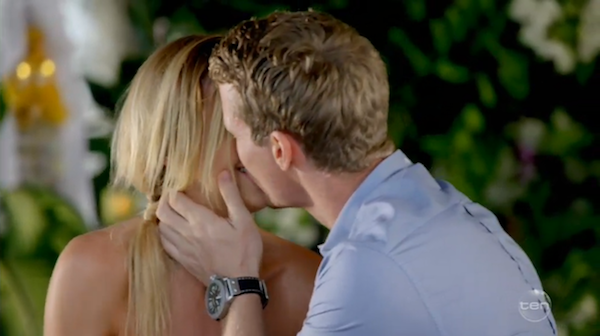 Is it unusual to feel sympathy for a woman locking lips with the man she just admitted those feelings to? ‘Cause we did. Reminder: we came here for grand, sweeping, simplified expressions of made-for-TV sentiment, not to gain a nuanced appreciation of furtive yet obviously-doomed emotional attachment.

We sat in anticipation of Nikchie / Rikki. And yet. AND YET.

Richie went ahead and declared to Nikki that Alex has his heart. And then he did the same to Alex. 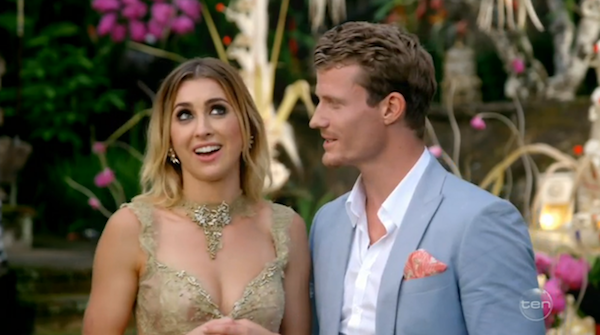 Damn, The Bachelor. Why’d you have to do us like that?

Source and photo: The Bachelor / Tenplay.