Well, fuck me gently with a chainsaw – a television reboot of the the 1988 cult classic Heathers has officially been given the green light, and is set to air as an “anthology series” on the US network TV Land.

The TV series sees a modern-day Veronica, played by Grace Victoria Cox, facing off against a trio of Heathers played by Melanie Field, Brendan Scannell and Jasmine Mathews. 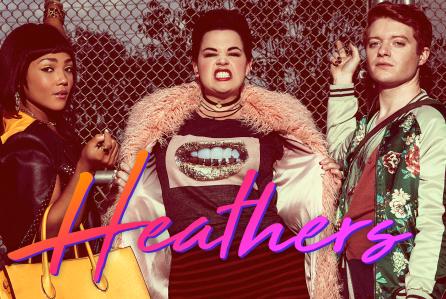 James Scully will play JD, while original cast member Doherty is set to guest star as a “pivotal but unnamed character,” about whom no further details have been announced.

This is actually the third attempt to bring Heathers to the small screen, after Bravo and Fox developed adaptations that never made it to air. TV Land’s president Keith Cox said of this one:

“Our take on Heathers is a cinematic, surprising, and twisted comedy that gives a wonderful nod to the film while also creating something entirely its own. We’re really passionate about this show and the satirical story-telling its provocative characters allow.”

The series order is for 10 hour-long episodes and will debut in late 2017.