Who watches the 2010 Logie Awards besides bored drunks and Packed To The Rafters fans?

Bert is always classy and was mildly amusing – but only mildly. The other night he did an interview about Matthew being in rehab and didn’t have the hairpiece on. Why is the hairpiece still on the scene? The jig is up, Bert. In other news, his face really is amazingly moon-shaped.

Kerri-Anne K did a weird red carpet interview with Ruby Rose, insinuating there was some crazy times in the ladies toilets last year. Don’t Kerri-Anne. Just be your ridiculously camp self. You don’t need to create a lesbian scandal for peeps to love you.
Susie Elelman‘s breasts, plus her ‘There’s Something About Mary’ hair still does not equate to sexy. Shudder.

Some of the highlights from the evening: 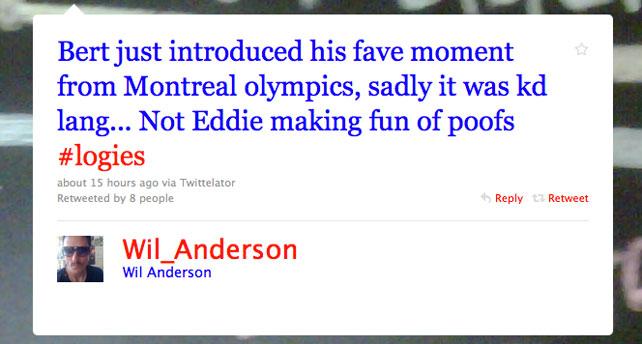 – Shaun Micallef made lolz to accompany his remarkable facial expressions.