Bachelor In Paradise star Tara Pavlovic has sparked pregnancy rumours after a photo was posted to fellow Bachie star Natalie Holmberg‘s Instagram account, showing her cradling what appears to be a baby bump. The post in question has since been deleted, but a screengrab remains, so here you go: 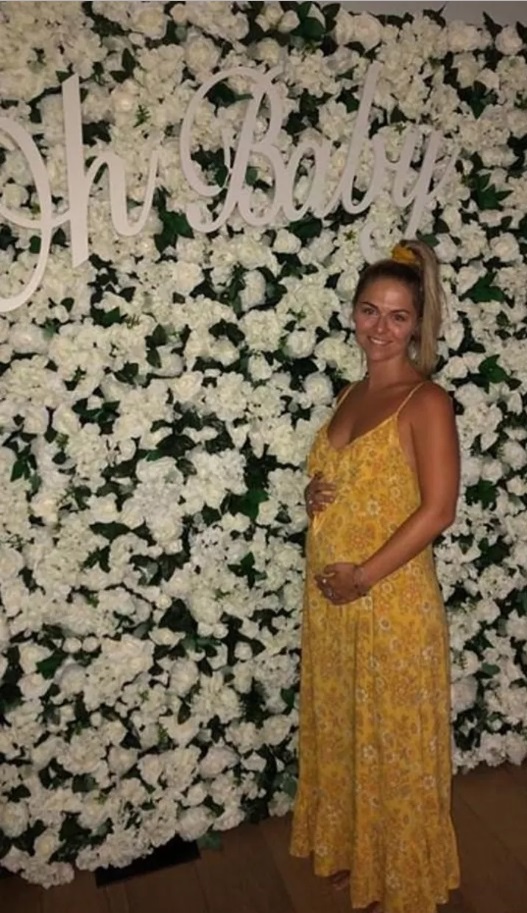 Tara has been dating plumber Nick Shepardson for six months, and introduced him to her family over Christmas. In an Instagram post from November, she showed off what she described as a “round” tummy, but added that she was “not pregnant” and just enjoys food.

Such a perfect couple of days in Sydney with this amazing human celebrating a friends wedding and visiting our friends. This weekend was another reminder of how lucky I am to have such real & good people in my life who I love so much, and who genuinely love me so much back. Some people think money, fame and “followers” will give them a fulfilling life. The past year has further confirmed to me that this is not true. I can 100% tell you that true happiness comes from living an honest, REAL life with genuine people. You can have all the followers and money in the world, but unless you have true friendships and you are living a genuine life, you will not find true happiness. Don’t chase status and money, chase reality and love. Also, my tummy looks kind of round here… ???? I’m not pregnant. Just like food.

The more recent photo shows her in a flowy yellow dress in front of a wall of flowers, with the words ‘Oh Baby’ on it. The picture appears to have been taken at a baby shower for fellow Bachelor star Cobie Frost, but bear with us here, because this is where it gets a little weird.

Happy baby shower to the beautiful @littlemissfrost ???? Thank you for the AMAZING spread @myalteregocatering. & thank you for the delicious cupcakes and cookies @littlesprinkleco. Our tummy’s look very similar to Cobie’s after our eating efforts yesterday????????x

Tara Pavlovic recently posted a photo from Cobie’s baby shower to her own Instagram account, in which several friends can be seen staring at the general area of her stomach. She noted in the caption that her tummy looks similar to Cobie’s after their recent eating efforts.

???? Cheeky Sneak Peak from the one and only ???? @kam_eraa!!! Massive thank you to my girls @sophiavallejos.artistry @meika.salon for making this little Mumma to be feel so God dame good!! ???????? shout out to @sheikeandco for having the best Boxing Day Sales Out ????????‍♀️

Cobie then posted photos of herself and Tara in front of the ‘Oh Baby’ flower wall. They are both wearing the same outfits as they were in the group photo – Cobie in a blue off-shoulder ruffle dress, and Tara in green, with her hair up. 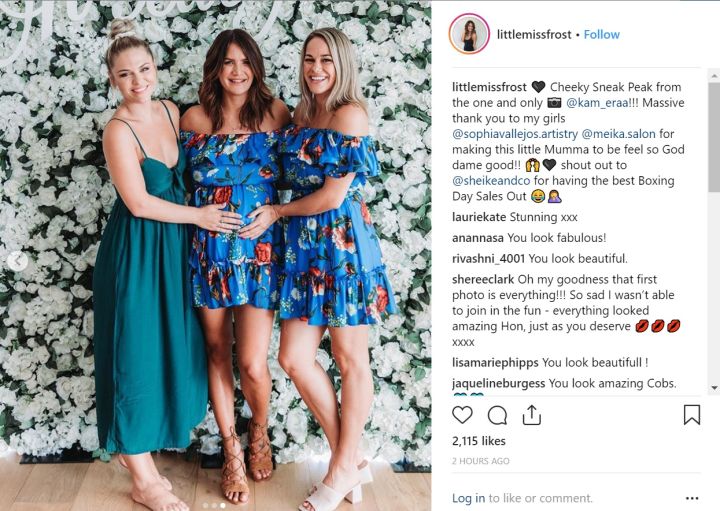 The reason that’s slightly odd is that the photo posted to Natalie Holmberg’s Instagram shows Tara posing in the same location but looking completely different, with her hair in a ponytail and a yellow dress. So what’s the go?

Did Tara change outfits before or partway through the party? Does she just happen to encounter a lot of floral ‘Oh Baby’ walls in her day-to-day-life? Does she have a secret identical twin called Poot Pavlovic, who was making her first public appearance?

Or was this simply just a later photo where she was messing around and pretending to be pregnant as a goof, which would also be an entirely plausible explanation, as Bachie cast members are masters of manipulating social media for attention?

We’re figuratively dying to find out, although I personally am not 100% ruling out the Poot Pavlovic theory.

READ MORE
Keira Maguire & Jarrod Woodgate Seem To Be Back On, So Maybe Love Is Real?
READ MORE
Matty J And Laura Byrne From 'The Bachelor' Are Expecting Their First Baby