Whenever there’s some kind of tragedy or natural disaster, celebrities seem to lose all sense of morality on Instagram and tick off their fans with insensitive posts.

California is currently battling multiple wildfires, forcing thousands and thousands of people to evacuate their homes.

Prolonged Santa Ana winds are posing an even greater threat to the region and California-folk are understandably in panic mode.

Seemingly all except for Sofia Richie who is out here ‘gramming cute selfies and using the threatening Santa Ana wins as a caption.

The model’s followers flooded the comments section with angry remarks, calling her out on her “insensitive” caption.

“200,000 people evacuated and 2 million people without power but okay go ahead flex?? Could u be any more insensitive,” commented one.

“Sofia Richie talking about how the Santa Anas are great for her hair might be the most tone-deaf thing I’ve ever seen!!!” Wrote another. 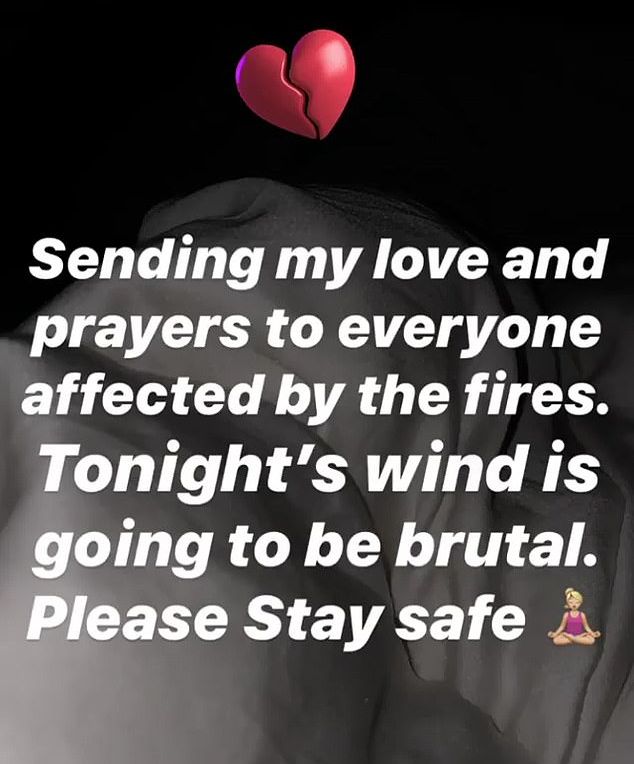 “Sending my love and prayers to everyone affected by the fires,” she wrote. “Tonight’s wind is going to be brutal. Please stay safe.”