So, Stage-Fiver Emma From ‘Married At First Sight’ Is The Groom’s Ex’s Twin

Seeing as Married At First Sight is currently in its fourth iteration on Australian screens, we don’t feel the need to run through exactly how craven the show’s entire premise is.

Y’all get it: slapping two humans together sight unseen and hoping they stick together, like two frozen bubble and squeak patties, is a deeply weird way of extracting entertainment.

Yet, Channel 9 have apparently found a way of squeezing even more dramatic goodness from two complete strangers: by inserting someone who definitely ain’t a newcomer to one member of the new couple.

During tonight’s season premiere, we were introduced to entrepreneur Jonathan and his new “wife” Cheryl. Oh, how we gleefully cringed at the pair’s mismatched expectations, and felt odd about warming up to them as they warmed up to each other. 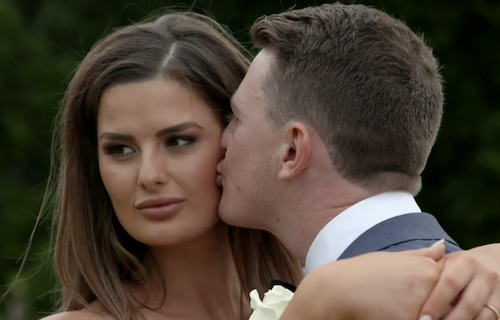 Then, just as we were about to reconcile our cognitive dissonance about the entire situation, the show decided it’d be a grand fucking idea to throw Emma into the mix – an apparent ol’ mate of Jonathan’s, who was having a gr888 time at their reception.

Read: she wigged out a little. Well, maybe a lot.

After introducing herself to Cheryl, she made some pretty pointed judgment calls on the whole sitch, and alienated Cheryl’s fam, before telling the show’s crew the right person for Jonathan was actually at the reception. Subtle, mate.

Welp, it turns out Emma ain’t just a family friend – she’s legitimately the twin sister of Jonathan’s ex. Speaking to The Fix after the fact, he said Emma and her fam – minus the ex – attended ’cause “they thought it was going to be hilarious for me.”

Although he “wasn’t really surprised by the reaction” of the woman he says is “practically like a sister to me,” Jonathan reckons the pair made up by the end of it all. We’ll see how that plays out, I suppose. 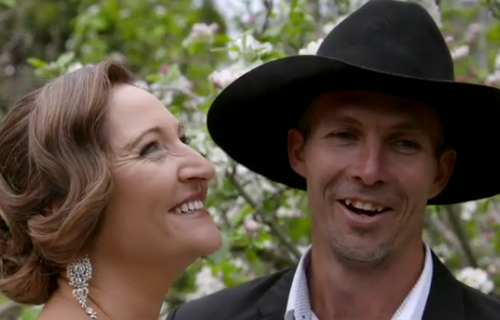 Source and photo: Married At First Sight / Channel 9 / The Fix.