Shia LaBeouf continues to make a statement that, so far, only Shia LaBeouf fully understands.

The noted plagiarism apologist is currently in Berlin for the world premiere of Nymphomaniac: Part 1 and has been attending a number of related engagements on the promotion trail, including a press conference with the film’s other stars Stellan Skarsgaard, Uma Thurman, Christian Slater, Stacy Martin and producer Louise Vesth. During said press conference, LaBeouf was asked about the unstimulated sex scenes he is involved in, to which he replied: “When the seagulls follow the trawler, it’s because they think sardines will be thrown into the sea. Thank you very much.”

Which appears to be LaBeouf’s attempt at paying homage to footballer Eric Cantona‘s 1995 press conference: 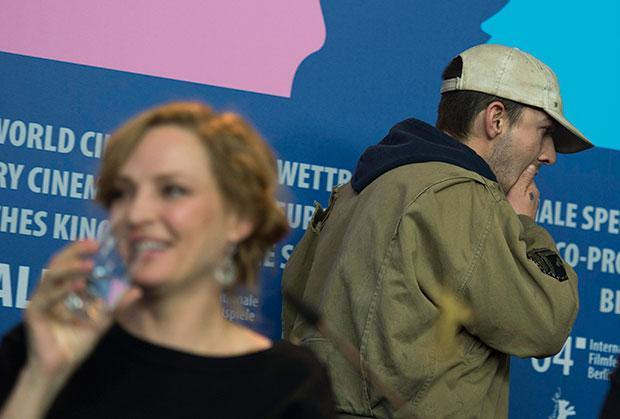 Which is no doubt linked to this:

I AM NOT FAMOUS ANYMORE 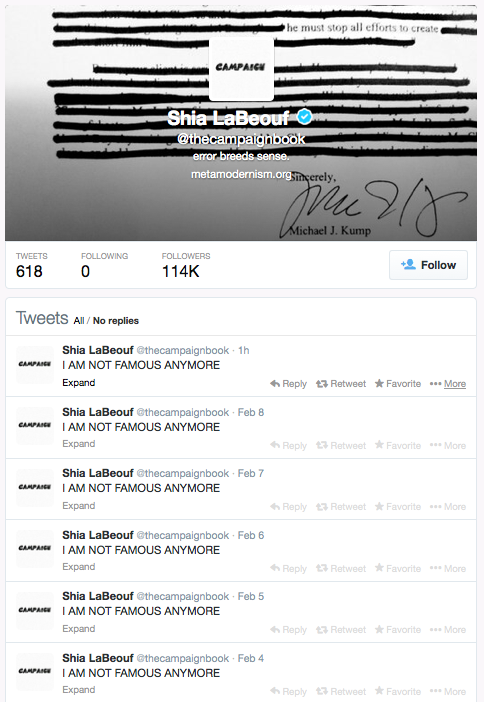 Meanwhile, director Lars Von Trier was nowhere to be seen at any press conference due to his inability to be chill and propensity to sympathise with Hitler, however he was seen at a photo call sporting a cute ‘PERSONA NON GRATA’ tee. Translation from Latin personae non gratae: “an unwelcome person.” 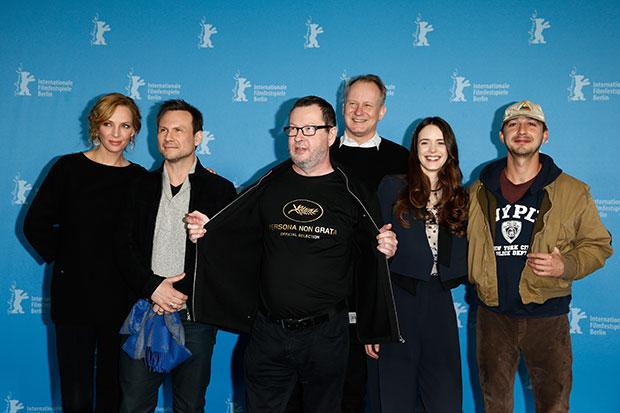 So then the good times kept rolling with LaBeouf taking to the red carpet sporting a lunch baggie: 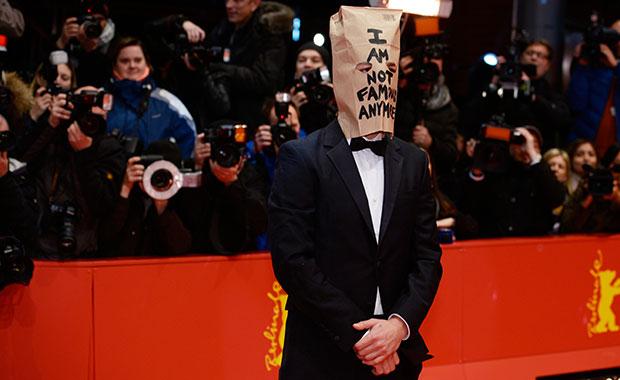 Out of respect, all freak flags will be flown at half-mast until the LaBeouf shenanigans come to an end.

via BBC
Images via Getty