Among the slew of models who were hired to promote the (garbage) Fyre Festival was Australian Victoria’s Secret model Shanina Shaik who has broken her silence on the scandal for the first time.

The 27-year-old beauty was one of several supermodels who were paid to promote the Bahamas-based music festival in 2017 along with Bella Hadid, Kendall Jenner, Alessandra Ambrosio, Chanel Iman and other A-listers.

Shaik says she cried after watching Netflix‘s widely popular documentary Fyre: The Greatest Party That Never Happened, distraught by seeing the devastation caused by a festival that she had promoted. 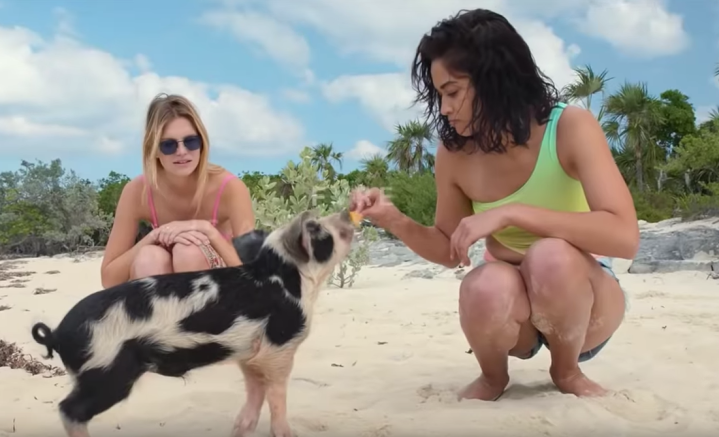 “I cried when I watched it,” she told The Daily Telegraph. “It is really horrific what happened. The girls and I were just kind of dragged into it.”

Adding, “We would never want to promote something like that or take someone’s money.”

READ MORE
An Artist Put On A Fake Fyre Festival In LA, Complete With Cheese Sangas

Shaik promoted the festival via her Instagram account (which has 1.6M followers) and also appeared alongside some of her fellow IMG-represented models in a glossy commercial for the event filmed in the Bahamas.

Shanina supported her agencies decision to nab her the part, telling the publication: “When a client comes to my agent and has a vision or a project they want to work with us on, my agency always makes sure we are protected and looked after.”

Gregory Messer, the trustee overseeing the bankruptcy of Fyre Media, claims IMG received $1.7 million from event organiser Billy McFarland to promote the event between November 2016 and February 2017, via Vogue.

The IMG-represented models who were paid to promote the festival were recently subpoenaed to testify in the Fyre Festival case.

Cop the trailer for the Netflix doco below: