Netflix has announced that Sex/Life Season 2 is currently being erected (hehe) and we’ve just copped some spicy deets.

Read on to suss what we can expect from the hotly anticipated (literally) new season of everyone’s favourite shlong show.

When is Sex/Life season 2 dropping?

According to whispers via Deuxmoi, the second season is dropping in the first half of next year, so mark your cals and stock up on shower soap!

Is there a Sex/Life Season 2 trailer?

Not quite yet, so hold your horses!

Who is returning for Season 2?

I’m pleased to report that all of your faves are returning, including Sarah Shahi (Billie Connelly), Mike Vogel (Cooper Connelly), Margaret Odette (Sasha Snow), and, of course, breakout star and the keeper of the shower scene peen, Aussie Adam Demos (Brad Simon).

Details have been relatively scarce, not unlike Adam Demos’ clothes in that shower scene, BUT we just copped some intel via Deuxmoi that you’re gonna love.

A sneaky insider wrote in to the goss guru, revealing that “every script has nudity included. Literally every episode. So I guess expect more Adam exposure!”

Is the Adam Demos’ penis fake?

There was also some piping hot tea on the spicy theory about Adam Demos’ character’s penis.

We recently published an investigation into whether or not it’s real, which I implore you to read, and in this blind item, the verdict is: fake. 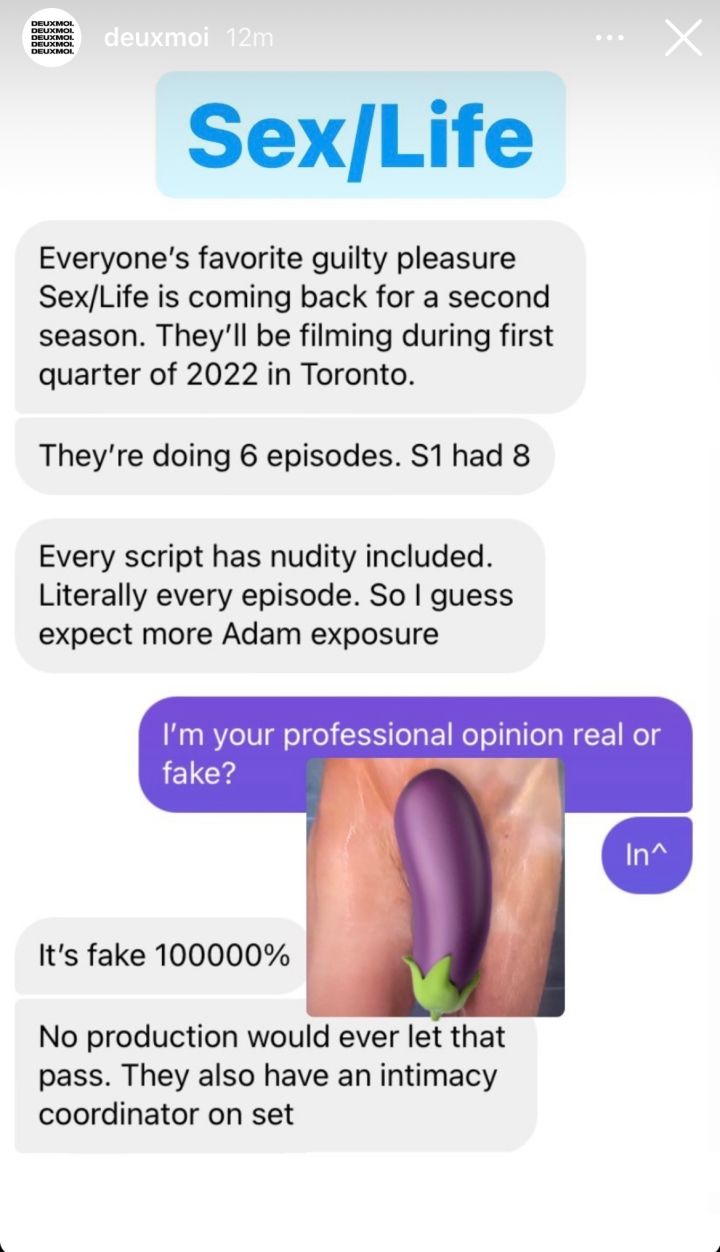 They added, “No production would ever let that pass. They also have an intimacy coordinator on set.”

Fake or not, can’t bloody wait for more peen on-screen!

In the meantime, Sex/Life Season 1 is available for your viewing pleasure on Netflix.