Sacha Baron Cohen Has Moved To Australia, So Try Not To Put Your Fkn Hands Down Your Pants

The world’s sexiest man (according to me) Sacha Baron Cohen has officially moved down under and I hope it’s so he can catch one of our pollies with their hands down their pants.

The Borat star has moved to Sydney with his wife and world’s sexiest woman (again, according to me) Isla Fisher, along with their kids who also happen to be the world’s…just kidding. Their kids have been enrolled into a local school according to the Daily Mail, and if they aren’t the funniest kids in their class I will certainly have some questions.

It’s not the first time that the pair have spoken about moving to Australia. In 2018, Fisher told Marie Claire that she’d one day love to relocate to Byron Bay.

“I have this secret fantasy of slowing down, moving to Byron Bay, getting off the grid and sitting on the sand with a Vegemite sandwich,” she said.

Fisher is an Aussie, so it’s no surprise that she wanted to move back and eat a vegemite sanga. The Scooby-Doo star was raised in Perth, but after rising to stardom moved to LA with hubby Baron Cohen. The pair met at a party in 2002 and have now been together for 19 years. 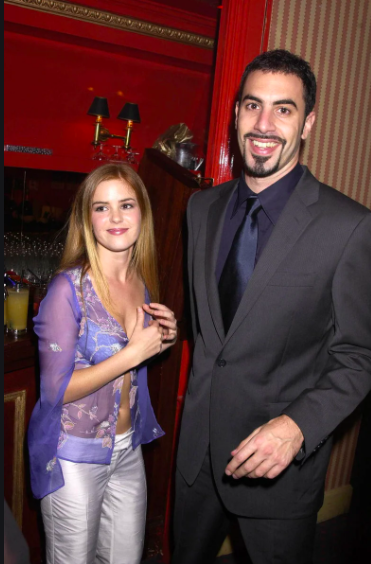 Now get a pen and paper to write this down, because Fisher said the reason their relationship has been so successful is down to “a shared sense of humour and a willingness to be married.” That’s the secret folks.

Sacha’s most recent movie, Borat Subsequent Moviefilm made headlines after it caught absolute horndog Rudy Giuliani (Donald Trump’s lawyer) with his hands down his pants in the presence of a ‘fake’ female journalist, who plays Borat’s daughter in the film.

Giuliani denied it of course, but I personally wouldn’t take the word of a man who lets hair-dye trickle down his face.

Is that hair dye or bullshit leaking from Rudy? pic.twitter.com/dLSzFBT0po

Fingers crossed we get to see some of Sacha Baron Cohen’s famous characters on the streets of Australia, he may even be pranking ScoMo as we speak.