Swimmer, extremely bad liar and human potato Ryan Lochte is slowly but surely recovering from his teensy-weensy mishap at the Rio Olympics, where he got piss-ass drunk and kicked down/urinated all over a gas station (and was asked to pay for it), but instead panicked and told the world he was mugged at gun point.

He’s since been doing the salsa all over television, due to the fact that the words “I fucked up and need PR rehab” in the United States of America translates directly to “I should go on Dancing with the Stars“.

Certain media websites have uncovered a delightful conspiracy (sort of) that Lochte:

a) doesn’t know how consecutive numbers 1 through 9 work

b) doesn’t know how old his dog is

d) thinks his pooch is the canine version of Bart Simpson.

Why? Because Ryan Lochte posts ‘Happy 8th Birthday‘ tweets to his dog Carter EVERY. DAMN. YEAR. 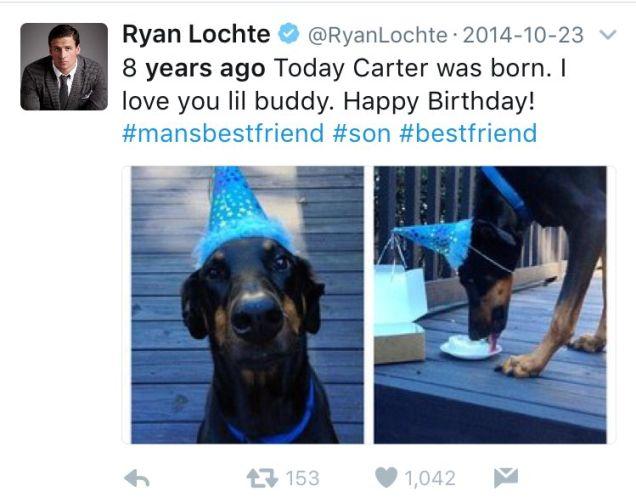 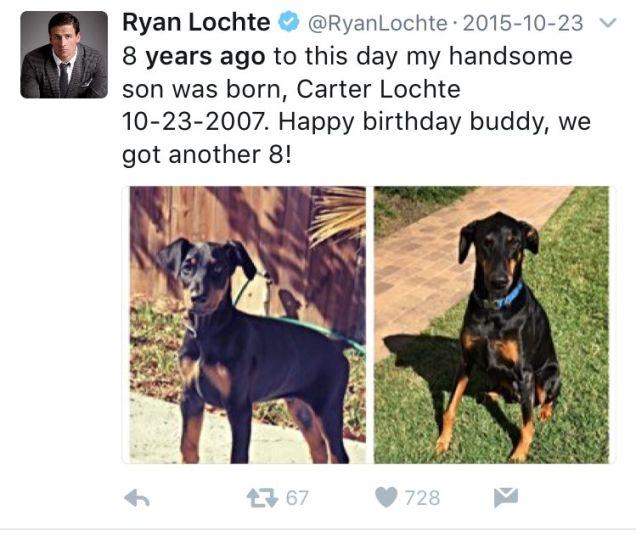 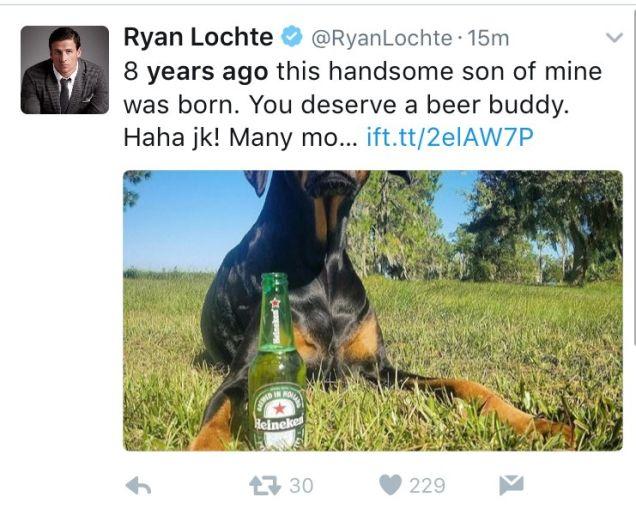 Lochte has since deleted and replaced yesterday’s tweet with an updated age:

9 years ago this handsome son of mine was born. Happy birthday buddy, many more to come! Love you! #mansbestfriend pic.twitter.com/55ddDuTs4u

So, his precious pupper has officially aged 1 human year… over the space of 3 human years. How does that work in dog years? We’ll never know.

As long as he threw a fun party for Carter, we don’t mind.