Australia’s own Hollywood megastar Rebel Wilson has accepted an alumni award at Sydney’s UNSW on Thursday for her outstanding achievements since graduating in 2009.

Rebel is the second recipient of Chancellor’s Award for Exceptional Alumni Achievement, which was created last year to acknowledge UNSW graduates who excel and demonstrate “success across a broad range of fields and interests”, according to the UNSW Newsroom. The only other person to be awarded the Chancellor’s Award is none other than NSW Premier Gladys Berejiklian.

On top of being a successful Hollywood actress, Rebel Wilson also holds a double degree in Laws and Arts from the Sydney University. So, you know, if the acting thing doesn’t work out she could totally become a criminal lawyer. 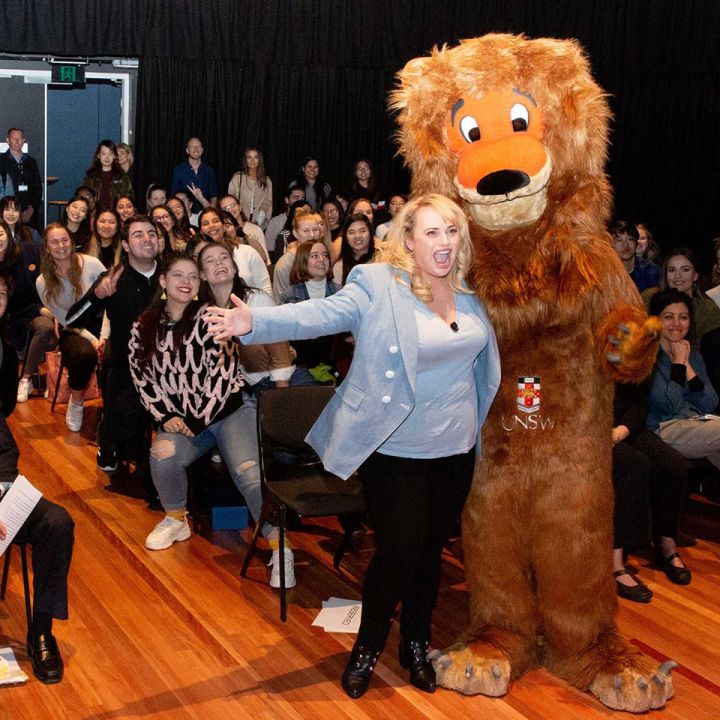 “It’s been 10 years since I graduated from my double degree in Law/Arts and was such a blast to come back and see such awesome students working hard,” Rebel said.

Rebel delivered on a promise to return to her old uni when she returned to Australia. She offered advice for students and shared her experiences during a speech at the ceremony.

“I’ve saved a lot on lawyer fees,” She joked, claiming that her law degree has helped her with contract negotiations in her acting career.

She also participated in a Q&A with 120 of the students from UNSW Law and the Faculty of Arts and Social Sciences (FASS).

“People would say, ‘why are you still doing this? You’re on TV’,” she said. “The television industry is very volatile, and you don’t know what’s going to happen. And I worked [really hard] in high school to get into the degree. I couldn’t just waste that.”

Rebel was already an incredibly successful actress before she graduated in 2009, but she made the decision to continue her studies and graduate from UNSW before devoting herself fully to acting.

Nothing warms your little Aussie heart quite like seeing a big Hollywood star coming home and going back to where it all started.