Long Beach rapper Vince Staples, longtime associate of the Odd Future crew, was recently passing through Louisville, Kentucky – the true home of fried chicken, as some would have you believe – as part of his Summertime ’06 tour. While there, he took a chance upon a local eatery named Royals Hot Chicken.

He claims that he’s never actually seen a Kentucky Fried Chicken in Kentucky, which either indicates vast ignorance on his part or some kind of chicken origin conspiracy which I have zero interest in delving into.

Regardless, he left a Yelp review for Royals. It’s now been deleted (presumably due to the servers buckling under the sheer heat of his take) but it’s screenshotted here for your pleasure. 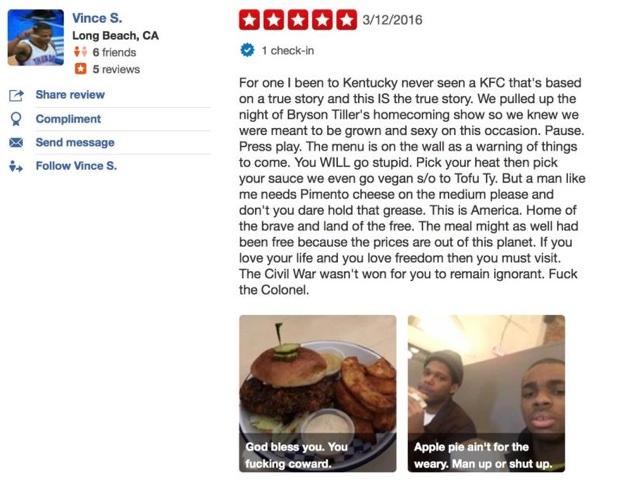 “If you love your life and you love freedom, then you must visit. The Civil War wasn’t won for you to remain ignorant.”