OG Matilda illustrator Quentin Blake has reimagined our heroine – the one who validated my choice to spend 90% of my childhood reading because then maybe I too would gain the gift of telekinesis – at the age of 30 in a series of pics for The Roald Dahl Story Company.

The pictures, done in Blake’s iconic style – I swear the 82-year-old illustrated every Roald Dahl book in my comprehensive childhood collection – show Matilda Wormwood/Honey in a series of potential and very likely careers, from astrophysicist to poet to Hollywood special effects expert, adventurer to head of the prestigious British Library.

All of the images are delightful and we love them, especially the British Library one, because ofc Matilda’s still a voracious reader. 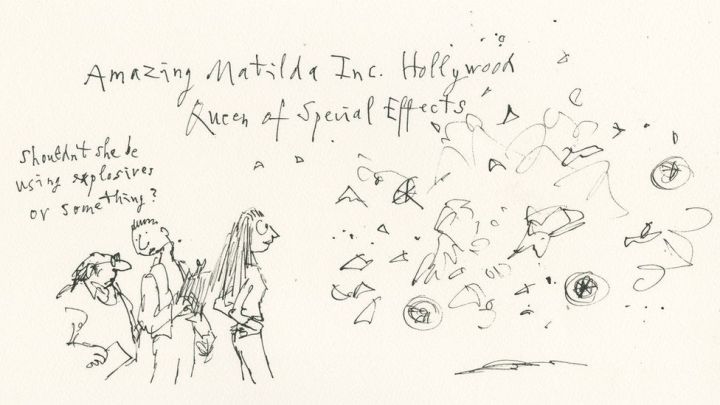 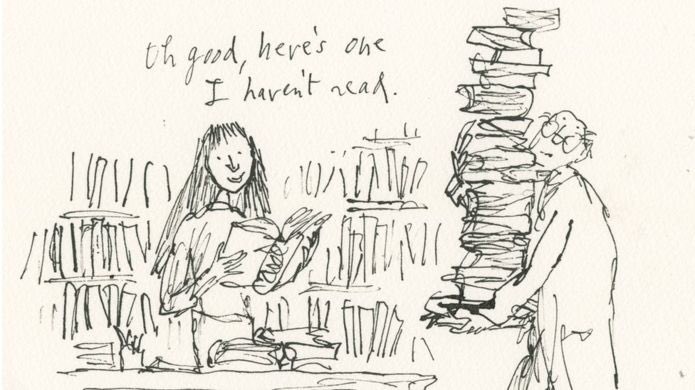 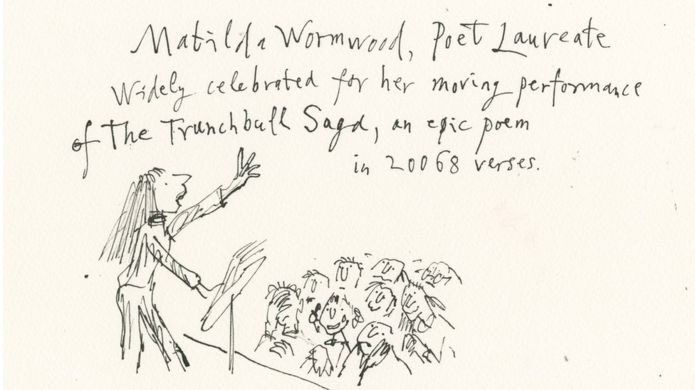 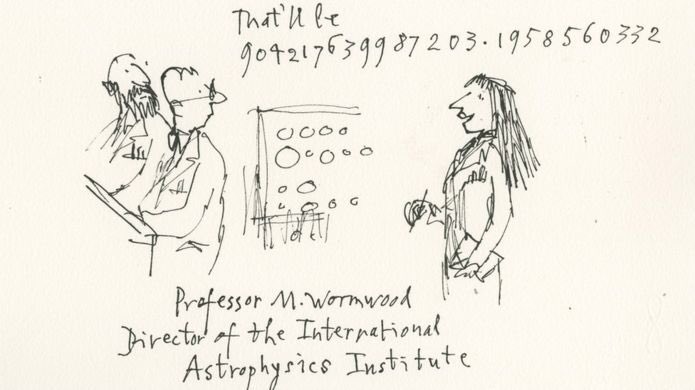 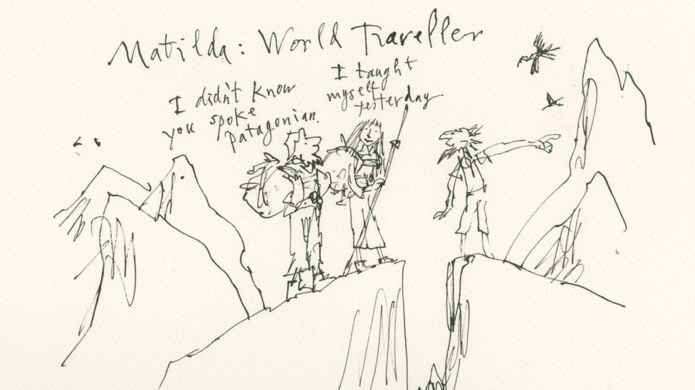 The traveller, astrophysicist and CEO pics are available as the covers of three special edition anniversary hardbacks, which you can buy HERE.

The images come off the back of the book’s 30th birthday – yes the book first came out on October 1, 1988 – which the custodians of Dahl’s marvellous legacy also celebrated with a fun video that combined video footage and iconic scenes from the 1996 movie, starring Mara Wilson in the role four-year-old me wanted so goddamn badly, and its musical adaptation by Dennis Kelly and our own Tim Minchin.

17 million copies of the book have been sold since it was first published, while eight million people have seen the incredibly good musical adaptation.

The Roald Dahl Museum in rural England also unveiled an anniversary statue of the titular heroine, being her rebellious self and staring down Donald Trump.

A statue of Roald Dahl's Matilda staring down Donald Trump has been unveiled near the author's old home in Great Missenden in Bucks – to celebrate the book's 30th anniversary #Matilda30 #HeartNews pic.twitter.com/VH3GXXoOtL

The Roald Dahl Story Company also asked members of the British public why Matilda remains so important to them and obvs the answer is because it showed us that little girls are powerful and clever as heck, and can overcome any Trunchbullian or family-related adversity.

Bernie Hall, marketing director at the Roald Dahl Story Company, told The Independent: “Matilda demonstrates that it’s possible for anyone, no matter how small and powerless they feel, to defeat the Trunchbulls in their own lives – a message that feels more relevant today than it did 30 years ago.“

We also asked the question around the PEDESTRIAN.TV office.

Lucinda: “It proved to me that little girls can be smart. And even smarter than little boys.“

Courtney: “It gave me an overwhelming feeling that goodness and kindness will get you far in life, girls can be smart and strong, and also that others seeing potential in you helps you to see the potential in yourself. Also I always wanted to taste the chocolate cake.”

Kassia: “I just loved reading about a young girl who loved books like me, who was a bit magic, because maybe then I could be magic too? Adult me loves that really, most of the main characters (maybe except her dad) are women/girls. They’re the heroes and the villains.“

Mel: “I think I loved it because it was a fantasy grounded in reality. It felt like normal things could be magical, which is I think what makes a children’s book exceptionally special.“

Chantelle: “[The movie] introduced me to Rusted Root’s ‘Send Me On My Way’. TUNE.“

Dw, we are not the only ones to froth on this wholesome content:

Quentin Blake has reimagined Matilda 30 years on and it’s just as glorious and lovely and inspiring as you’d hope. pic.twitter.com/XY6NmMMKnh

I think there’s really no better way to celebrate Matilda‘s birthday than by supporting libraries, so if you know any library or library organizations that could use support, let me know! #Matilda30 ????

This is pretty cool, Sir Quentin Blake reimagines Matilda 30 years on in exciting career roles. Every child should grow up knowing that if they put their mind and energy in to it, they can be whatever they want to be. https://t.co/hXVtHteTZS

My only issue with this is I feel her surname should be Honey. https://t.co/BHPjBgTump

the news cycle at the moment is an exhausting, terrible thing but then Quentin Blake imagines what Matilda has grown to be and the sun peaks out of the clouds for a whisper of time pic.twitter.com/LZ47J33bCY

Happy birthday, Matilda. You helped shape us all into the badarse/wicked nerdy ladies we are today. (Soz about the sincerity.)