Pretty Little Liars, Which Ended A Grand Total Of THREE Years Ago, Is Already Getting Rebooted

Teen drama Pretty Little Liars, which ended just three, I repeat, THREE years ago, is copping a reboot by The CW’s Roberto Aguirre-Sacasa, a.k.a. the bloke who brought us Riverdale and the recently canned Chilling Adventures of Sabrina.

The Hollywood Reporter confirms that the reboot is a fresh take on the iconic series, featuring a brand new story with brand new characters and dramas. 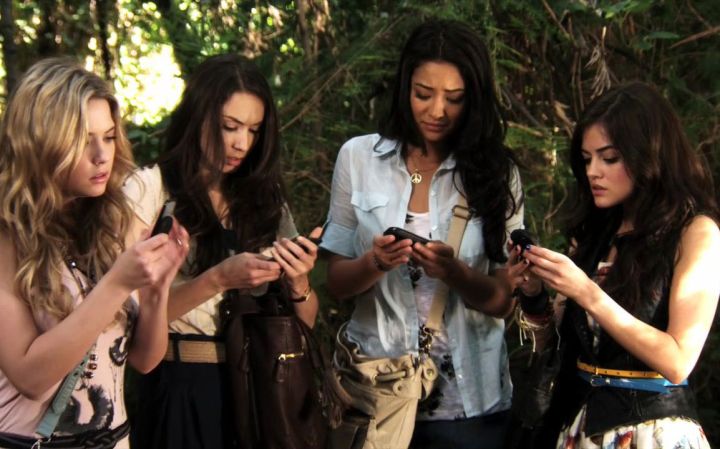 Me, reacting to this unprecedented news. (Credit: PLL)

While a network has not yet been confirmed, spicy sources told the publication that HBO Max is considered to be the target destination for the reboot.

Other noteworthy cast members include Aussie babe Tammin Sursock and the IRL Piper Halliwell off Charmed, Holly Marie Combs Ryan who, BTW, recently kicked off a PLL podcast with the other actresses who played the mama bears, called Pretty Little Wine Moms.

Hey @prettylittleliars fans – listen to our Pretty Little Wine ????Moms Podcast debuting MAY 29!! Get the inside scoop, behind-the-scenes stories, and funny anecdotes that only the PLWM can share – one #PLL episode at a time. @thehmc @lauraleightonforreal @niapeeples and I will (over cocktails, of course) break down each and every episode in the quintessential PLL re-watch podcast. Expect surprises and special guests, too! And maybe even find out how we managed to get out of that darn basement. ???? This is a must listen for any die-hard PLL fan! Follow us on Instagram and Twitter @plwmpodcast ???? #buckleup #itsgoingtobeawildride #winemomsunleashed #icandrinktothat

As a long-time fan (I literally remember when the first season aired – it was the talk of the school), I feel the same way about this as I did with the Charmed reboot: Why not just write a brand new teen drama? And in Charmed’s case, a brand new witchy woman series?

Why must you ride off the coattails of someone else’s success, especially so soon after the show ended?

READ MORE
To Celebrate 10 Years Of ‘PLL’, Let’s Rehash 7 Of The Most Cursed Moments Of The Series