Pete Davidson has reportedly gotten the names of his girlfriend Kim Kardashian‘s kids tattooed on him in an ultimate show of ~love~.

This is believed to be a nod to the reality star’s four children: North, eight, Saint, six, Chicago, four, and Psalm, two.

And this isn’t the first tattoo the Saturday Night Live actor has gotten to honour Kim.

He also has ‘My Girl Is A Lawyer’ emblazoned on his bod for his reality star turned lawyer GF.

Kim addressed the tatt during her appearance on Ellen back in March.

“Yeah, he has a few tattoos — a few cute ones, you know, that he got,” Kardashian told Ellen DeGeneres.

“I think my favourite one, it says ‘My Girl Is A Lawyer,’ and that one’s really cute,” she said. 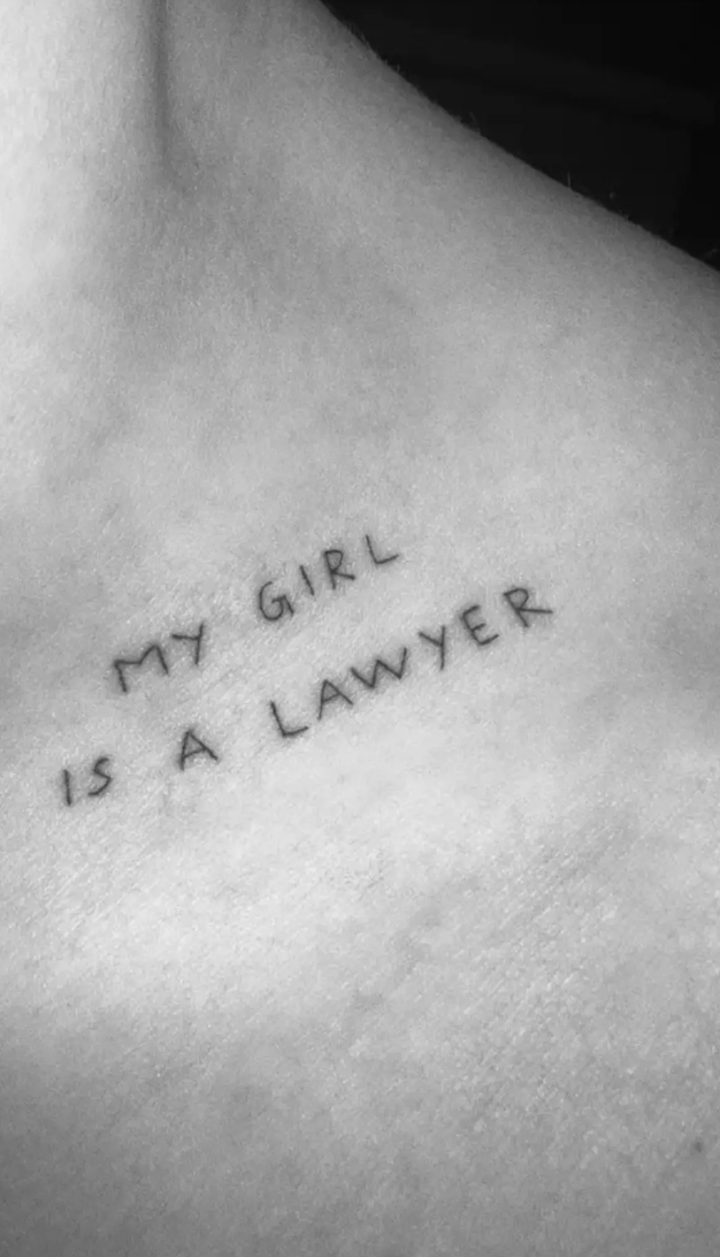 An insider recently told Us Weekly that “Kim loves how great Pete is with the kids.”

“He’s a big kid himself and makes them laugh,” they added.

Apparently “Kim and Pete are very in sync right now” and their “relationship is easy,” the source insisted.

“Kim and Pete are absolutely getting more serious,” the source said. “He’s bonded with her entire family, kids, sisters and [mom] Kris Jenner.”