A mayor in Peru has been caught trying to play dead after he was busted by police for breaking the nation’s strict lockdown laws.

Tantara mayor Jaime Rolando Urbina Torres had been in the midst of a rowdy drinking sesh with some mates on Monday when the police came to bust the group for disobeying social distancing regulations, Evening Standard reported.

Instead of owning up to his mistakes, Torres – very drunk at this point – thought it’d be best to pretend he was dead. Great spontaneity. Very foolproof.

Footage captured by Policía Nacional del Perú pictures Torres laying down in a coffin with a face mask on while his other mates hid in various cupboards, the publication divulged.

I’m not sure Torres thought about the longterm implications of playing dead or the fact that he’d be easily identifiable as a literal Peruvian mayor, but, once again, he was allegedly pissed to the high heavens.

According to Evening Standard, Torres was eventually detained by the cops for breaking the distancing laws. This NZ Herald clip shows the mayor inside the police department, now in an upright position, looking rather sheepish. (And still drunk.)

Torres, this is for you. 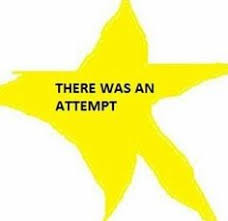 READ MORE
Woman Sends Ex A Truckload Of Onions To Make Him Cry As Much As She Did & For That, We Stan