Who JACKSON EATON
What We’re getting in early on this one because it’s worth putting in the calendar now:
A single night, a single man, a single photographic stand. Jackson Eaton’s third solo exhibition in Perth, entitled Single, will be a photo presentation, created and exhibited within a 24 hour time frame, examining the idea of the ‘one night stand’. Eaton will spend the night in the Free Range gallery with a stranger, documenting the experience with Polaroid photographs, before opening the gallery to the public the next day. Photos taken over the course of the previous night will be on display, as part of a site-based installation of the night’s activities.
Amazing? Damn right!
When One night only y’all – August 31st, 8am to 8pm
Where Free Range Gallery – 339 Wellington St, Perth WA 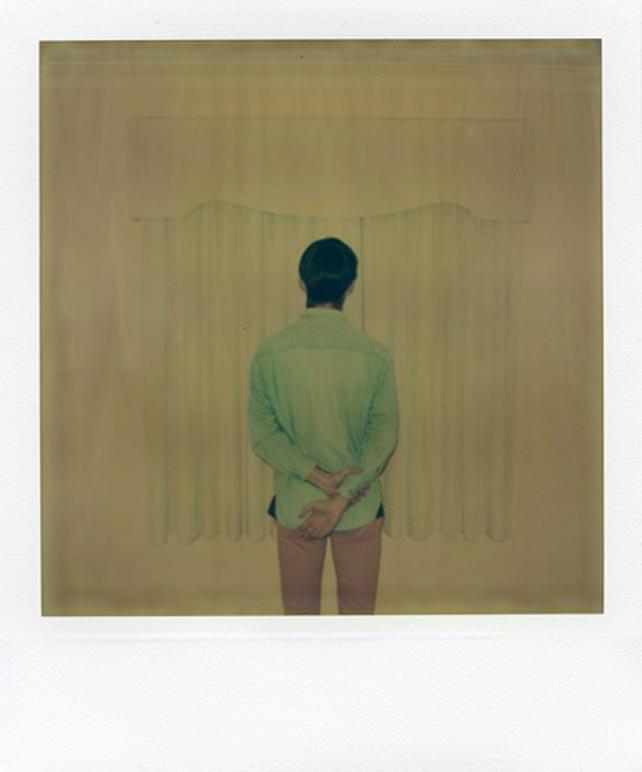 *Thanks to Danielle Marsland for the tip.

Who RICKY SWALLOW
What The amazing Ricky Swallow joins a crew of artists so damn fine it will near take your breath away. Group show Disorder Disorder: Ulterior Motives In Contemporary Art curated by Joe Allen Shea is well worth a road trip or plane ticket I wager.
When Opens from Saturday 14 August runs til14 November
Where Penrith Regional Gallery – 86 River Road, Emu Plains NSW 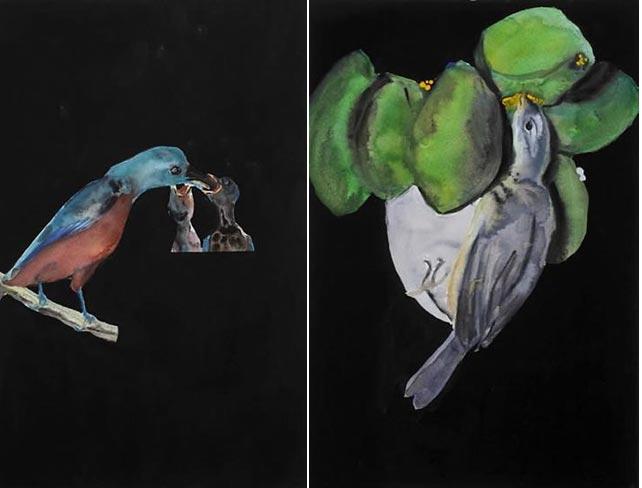 Who STEPHEN VITIELLO
What Incredible American sound and media artist Stephen Vitiello is launching a new soundscape installation called The Sound of Red Earth 2010 – based on bird and animal calls in freshwater billabongs, the sounds of tidal flows and marine life he recorded while in the Kimberly.
When Opens from Friday 13 August – Sunday 12 September 2010
Where Presented by Kaldor Public Art Projects – Sydney Park Brickworks, St Peters NSW 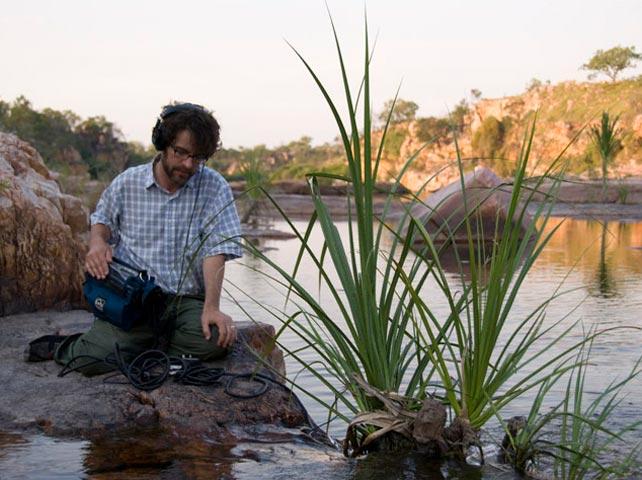 Who FRENCH and MURDOCH STAFFORD
What Two of the most clever illustrators out there are joining forces for an epic co-headliner at Brisbane’s Nine Lives called At First Light. Two (fucking talented) birds, one stone. Lucky you.
When Opens tomorrow (Friday) 13 August – 20 August
Where the OLD Nine Lives – Above Mellino’s 330 Brunswick Street, Fortitude Valley QLD 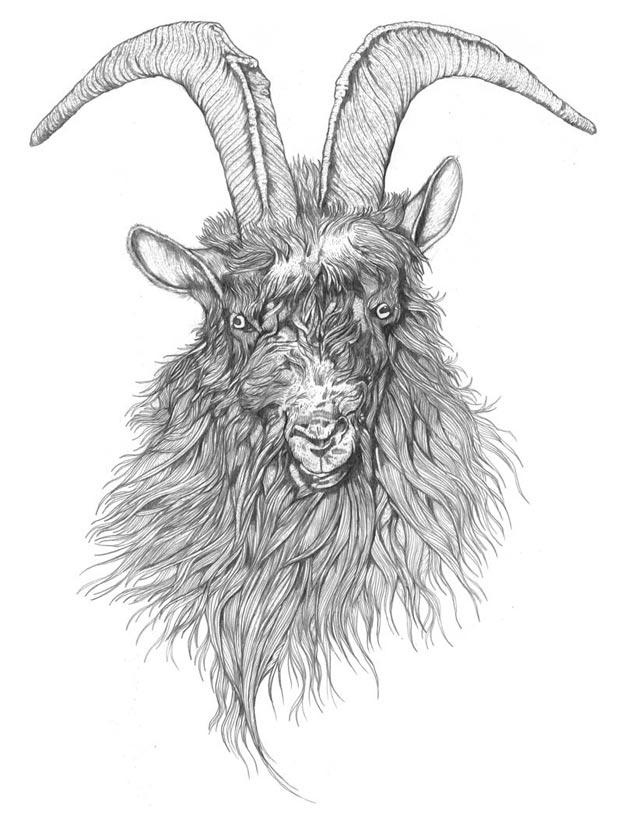 Who ACORN
What All-new works from the American-born, Melbourne-based acorn at his latest solo show “Planetes” – Detailed, folksy drawings of quirky nomads executing the rituals of a fully realised imaginary world.
When Opens tonight (Thursday) 12 August and runs til 22 August
Where No Vacancy Gallery – 34-40 Jane Bell Lane, Melbourne City VIC

Who EDEN DIEBEL
What Gallery Eight hosts the photographic works of Eden Diebel for his solo show ‘Against Nature’ – concentrating on the beauty, strangeness and peculiarity of living creatures placed and posed outside their natural habitat resulting in images that are “equal parts compelling and repellent”.
When Opens tomorrow 13 August and runs til 2 September
Where Gallery Eight – 8 Argyle Place, Millers Point NSW 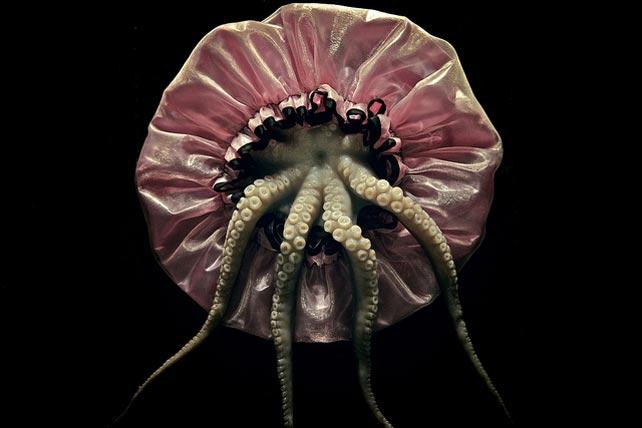 Who MARK THREADGOLD
What Looking to invest? Try the remarkable work of Mark Threadgold. His latest collection of meticulously executed canvases ‘The New Now’ explores themes of life, mortality, routine and work. Check them out and, like me, you’ll wish you had a spare $14,000 handy.
When Opens 16 August at 6pm and runs til 5 September
Where Metro Gallery – 1214 High Street, Armadale VIC 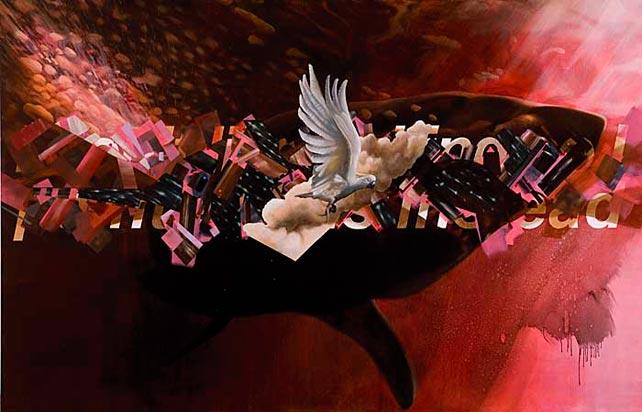 Who CAITLIN FRANZMANN
What Caitlin is an emerging artist who combines installation, printmaking and new media in her clever, lovely, thought-provoking work. Brisbane’s The Art Factory is featuring Caitlin as well as Athena Thebus, Ben Havenaar, Jason Jameson, Karl Shoobridge, Lindon Morton and Tor Maclean in a banging group show of local artists.
When Opens Friday 13 August at 6pm and runs til 3 September.
Where The Art Factory – 84 Merivale Street, South Brisbane QLD 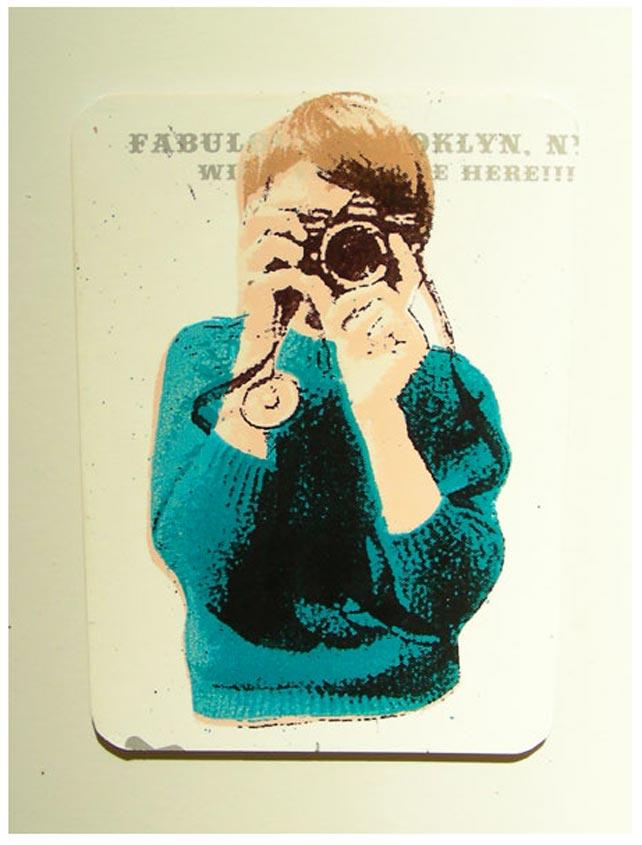