First, a bit of a public service announcement – if you haven’t seen Parasite yet, then you should really drop whatever the hell you’re doing and go see it now. That way, you’ll know what everyone’s on about when – hopefully – Bong Joon-ho‘s twisted masterpiece comes through with an underdog Oscar win in February.

“It is true that the momentum is building, and we are a part of the awards race, but I think today was truly important as these actors were acknowledged by fellow peers and that’s the greatest joy of this night. With regard to the Oscars, no one can predict what will happen.”

One thing’s for sure: Parasite has truly captivated Australian audiences. In fact, it’s still in local cinemas and playing to packed houses more than seven months after its release in June. That kind of theatrical run is virtually unheard-of in this day and age, but it’s testament to just how much people love the film, and how good the word-of-mouth has been. 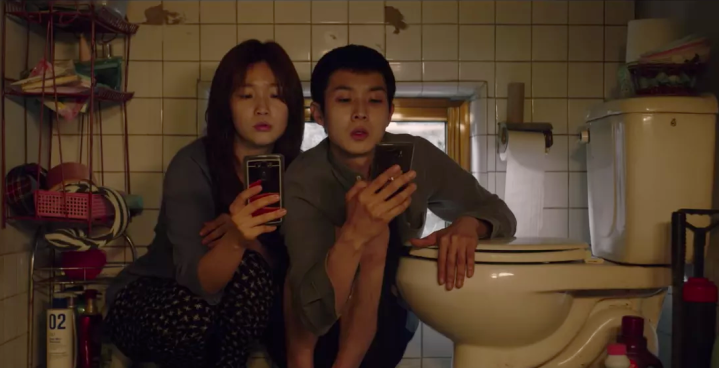 Jordan Bastian, the State Manager of Palace Cinemas in Queensland, has been playing the film at Palace James Street in Brisbane for 30 weeks strait. She told PEDESTRIAN.TV she’s thrilled at the reception. “I have never quite seen a film like it! It twists and turns throughout the whole film to keep you surprised – it’s at the forefront of exciting film making.”

Parasite does indeed have some major twists and turns, pulling the rug out from under the audience at times.

“I have never seen an audience embrace keeping a plot secret for so long,” Bastian continued. “Once you see it, it’s like this unspoken pact to not spoil it so that everyone that walks into the cinema for the first time truly has no idea what to expect!”

Michael Matrenza, Senior Marketing Manager at distributor at Madman Entertainment, said that Parasite is the distributor’s longest-running film in recent years. He attributes the film’s breakout success to “the masterful work of Bong Joon-ho and his fantastic cast and crew.”

“We’ve released a number of Bong’s films and it comes as less of a surprise to us than some, as we’ve long considered him one of the most interesting and bold filmmakers working in contemporary cinema,” Matrenza said. “We think it has every chance of an underdog win [at the Oscars]. We think it’s time the award went to a foreign language film.”

Here are the places you can still catch Parasite if you haven’t yet: