Just Gonna Say It: The second greatest flick of 2019 has been Quentin Tarantino’s masterpiece Once Upon a Time in…Hollywood (number one is obvs Avengers: Endgame and nothing can ever top it, soz).

If you’re in agreement on how bloody epic the comedy-drama flick was then boy have I got some good news for you.

Lead star and eternal babe Brad Pitt has teased the possibility of a series based on the hit film.

While being profiled by the New York Times, the actor, who plays problematic stunt double Cliff Booth, was asked if the movie would ever be expanded into a series. 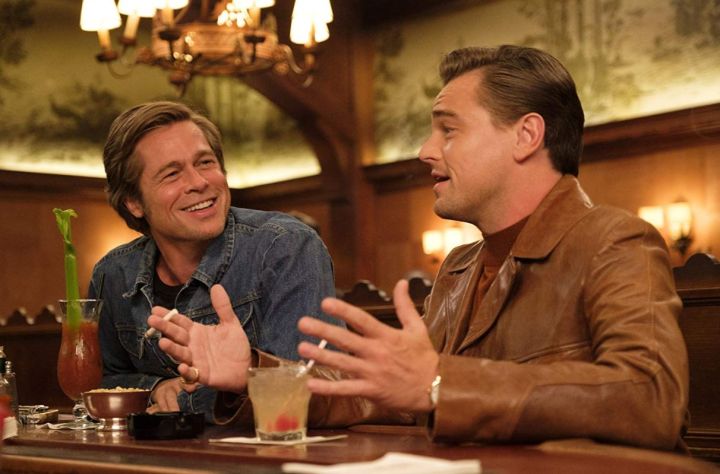 Pitt also explained why he thinks an episodic version of Tarantino’s fantastical Manson murder story would be a golden idea for a streaming service.

“I’m curious to see if movies last, if movies stick around,” Pitt said. “What I notice about the younger generation is that they’re used to receiving a lot of information at a much faster pace, and they’re more inclined to watch a short series of episodes where you can stay in it as long as you want or jump out whenever you get bored.”

Pitt added that while he loves the “transportive experience” of going to the movie theater, which he sumised was one of the most attractive aspects of the flick, he also thinks episodic series can offer more character and story development.

“I look at series where you can spend much more time on characters and story and explore angles you don’t always get to in film,” he said.

Brad Pitt confirmed that Tarantino’s discussed a streaming version of ONCE UPON A TIME IN HOLLYWOOD that would expand the film into several episodes and add cut footage. “It’s a pretty arousing idea,” Pitt told me. pic.twitter.com/nS4z6dmgud

He cited Tarantino’s 2015 film Hateful Eight, which was later re-purposed as a four-part mini-series that debuted on Netflix in April.

“It’s almost the best of both worlds,” Pitt said about the small-screen adaptation. “You have the cinema experience that exists, but you can actually put more content in a series format.”

You’ve got a big thumbs up from me, Taz.