A bunch of tea has come out overnight after Olivia Wilde was reportedly handed legal papers sent by Jason Sudeikis while presenting at CinemaCon.

According to Entertainment Weekly, the large envelope marked “personal and confidential” were in fact legal papers from Wilde’s actor ex regarding the couple’s two kids Otis, 8, and Daisy, 5.

A source told the publication: “Mr. Sudeikis had no prior knowledge of the time or place that the envelope would have been delivered, as this would solely be up to the process service company involved and he would never condone her being served in such an inappropriate manner.”

Following the incident, which made the news internationally, Deuxmoi has been inundated with sources who have revealed WTF is going on.

The first insider backed up Entertainment Weekly’s claim that Sudeikis “did not know that the papers would specifically be served on stage.”

“He knew she’d be at CinemaCon but you don’t tell the server where to actually serve the papers,” they said.

“Obviously Olivia was extremely embarrassed which is why she loudly said it was a script.”

They added that naturally, Olivia is “very upset” about how it all went down, but the insider posed the question: “What does this situation prove? Is JS still super bitter over how his relationship with OW ended?” 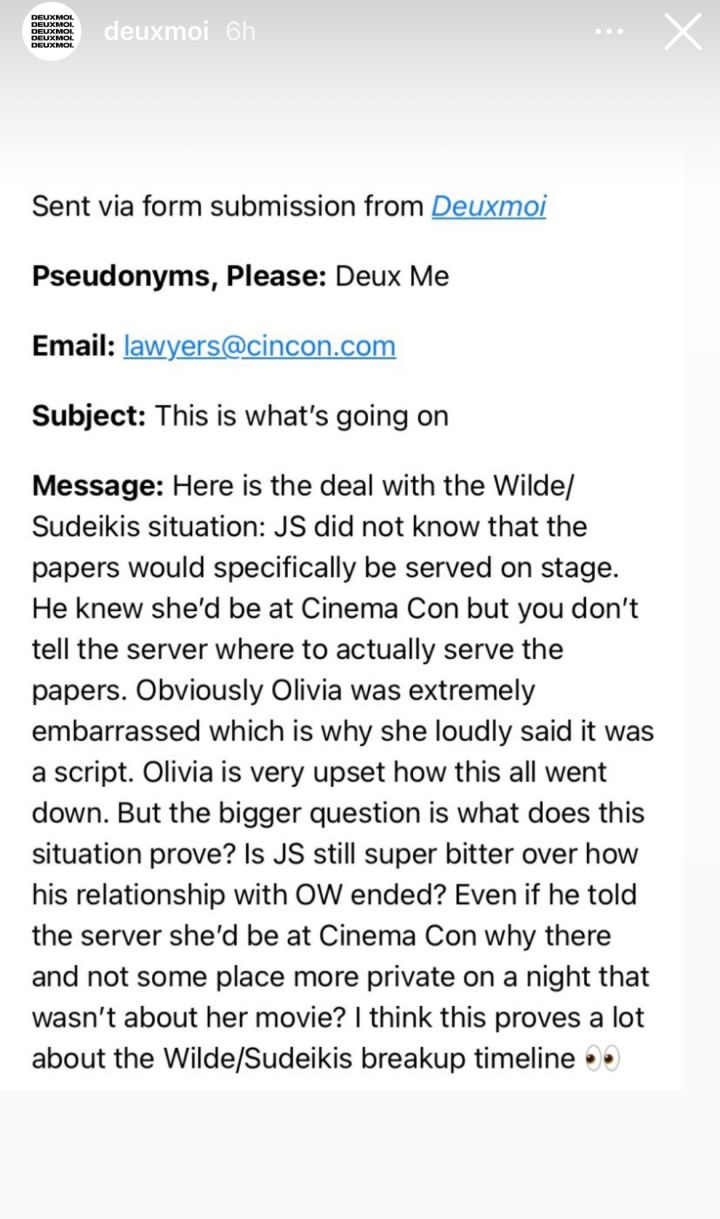 A second source supported this, telling Deuxmoi: “I can 100 per cent confirm Jason absolutely had no idea where Olivia would be served. That’s not even how that works. He would never embarrass the mother of his children like that on a very important night for her.”

They also demanded that both CinemaCon and the serving agency apologise to Olivia, adding that a “statement from Jason is forthcoming.” 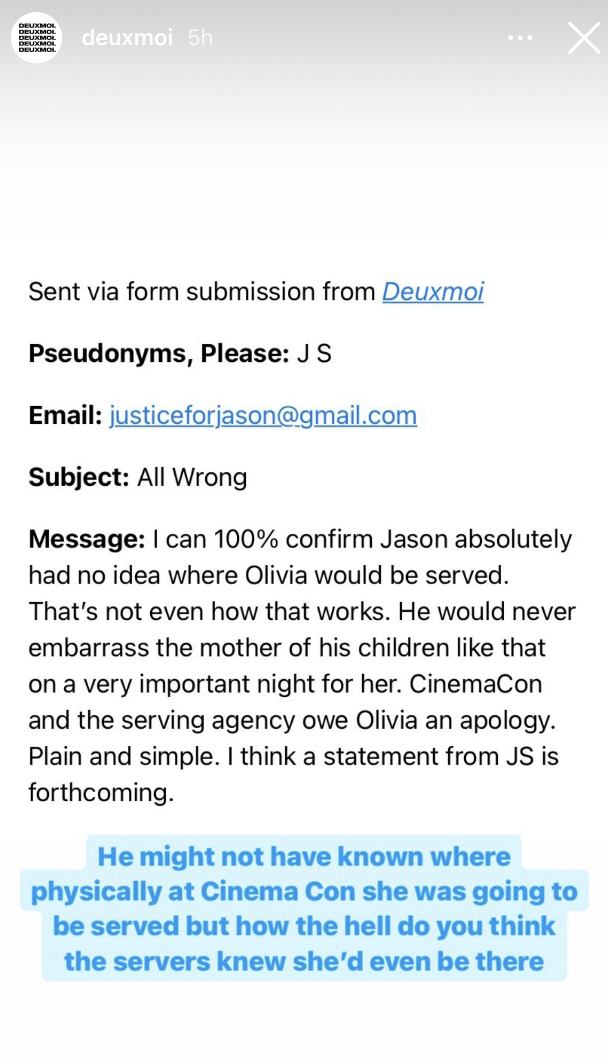 Meanwhile a staffer who used to work at an event similar to CinemaCon wrote in and said the whole thing doesn’t make sense.

“It baffles me that the ‘server’ was able to not only get credentialed to attend an event that is meant for those in the industry and press members of specific associations, but then make it through security lines. It makes my head hurt!”

Deuxmoi agreed with this, adding: “You can’t just walk into CinemaCon!” 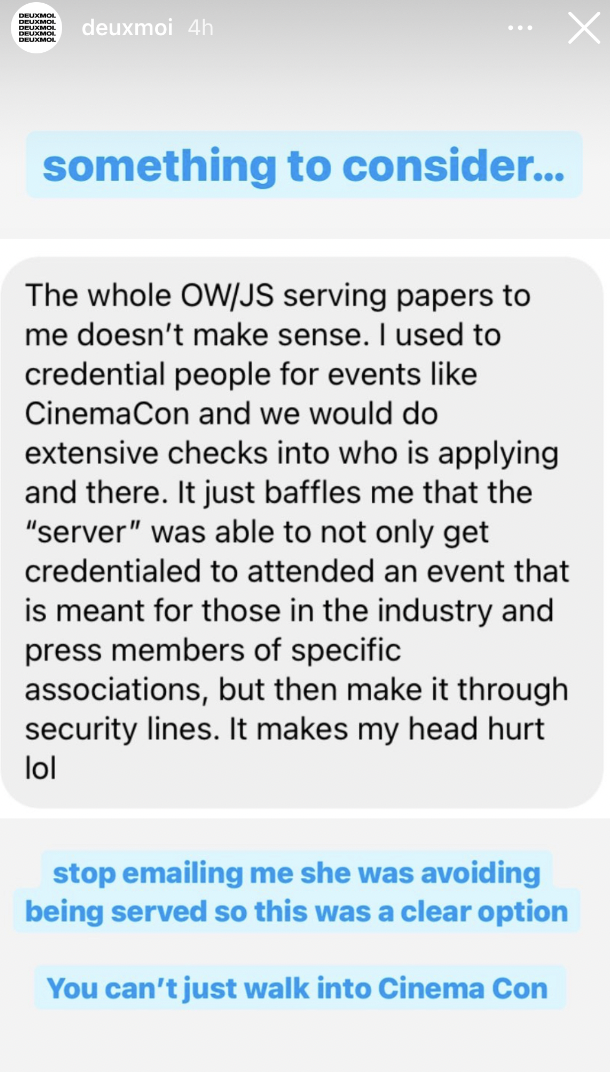 Following the incident, a rep for CinemaCon told Entertainment Weekly: “We are reevaluating our security procedures to secure the safety of all of our attendees.”

“Right now we’re just concentrating on as an organisation what we need to do to ensure the safety of our delegates,” the rep added.

According to Entertainment Weekly, the papers were slid onto the CinemaCon stage while Wilde was speaking, and she said “This is for me?” before calling the envelope “very mysterious.”

Wilde then said “I’m going to open it now because it feels like it’s a script?” before looking at the papers inside. Apparently once she clocked what they were, she said “Okay, got it. Thank you.”

She then continued presenting the trailer for Don’t Worry Darling and didn’t comment on the envelope again.

Entertainment Weekly reports that the envelope contained “papers to establish jurisdiction relating to the children” from their father, Jason Sudeikis.