Nikki Gogan Calls BS On That Catfishing Story, Says She Never Did Interview

Between as gossip mag and a person who thought they would find love on a reality TV show, it’s tough to say which of the two inspires more trust – but make a choice you must, as New Idea and former Bachelor contestant Nikki Gogan disagree over whether or not Gogan was catfished.

New Idea published a yarn earlier in the week detailing how Gogan, now working in real estate in Western Australia, was tricked into believing that a man she dated for eight months was a super rich guy with a bunch of properties and sports cars when he was, in fact, reportedly, a “conman“.

READ MORE
Nikki From 'The Bachelor' Can't Escape Heartache, Was Catfished For 8 Months

If you’re to believe New Idea, Nikki told them that it was a bit of a wake-up call:

I had no reason not to believe what I was seeing and being told, but I was very wrong. It makes you really wonder how trusting you are when you realise how you accepted this big, elaborate story that ended up having so many holes.

Except, according to Nikki, she hasn’t done a magazine interview in an “extremely long time“.

In an Instagram story, Nikki said that the story was “99% garbage” and that she didn’t understand how she could be “quoted in an interview [she] never gave“.

She does not appear stoked about it: 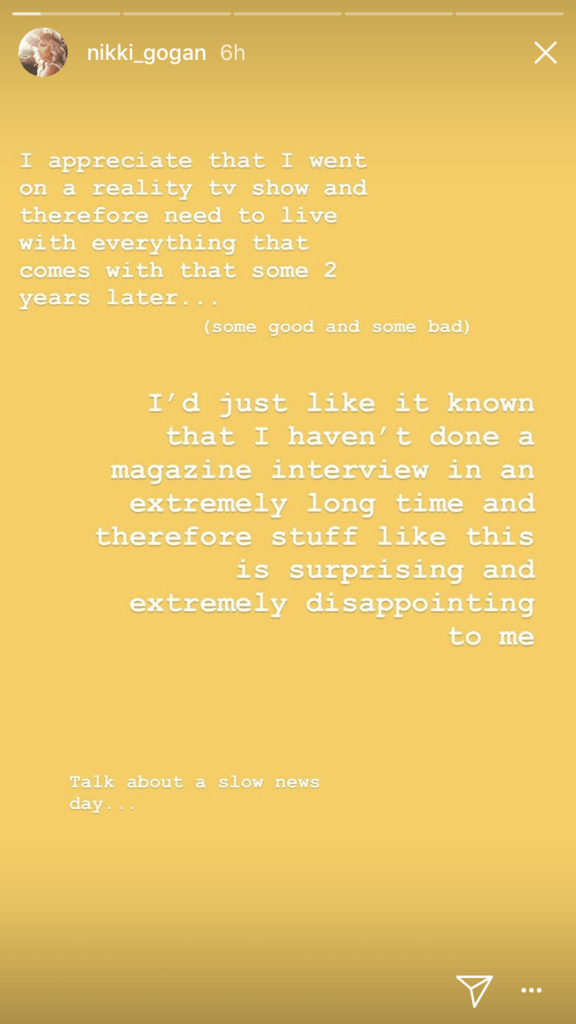 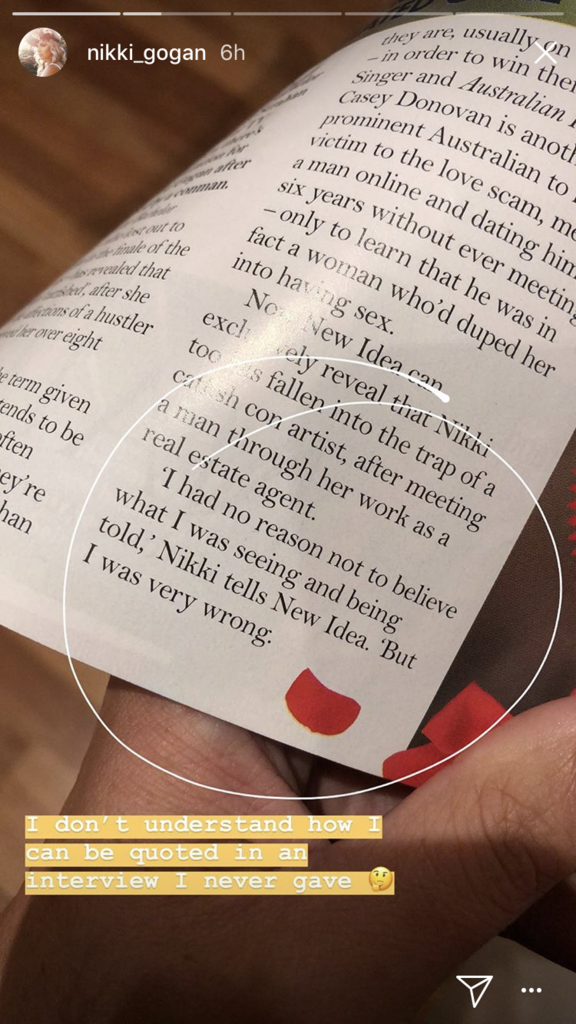 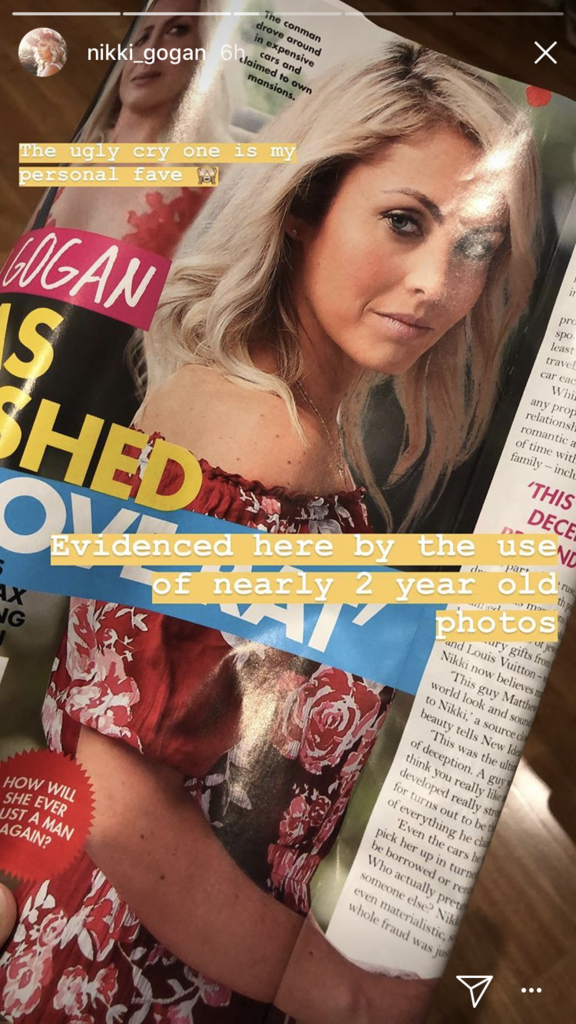 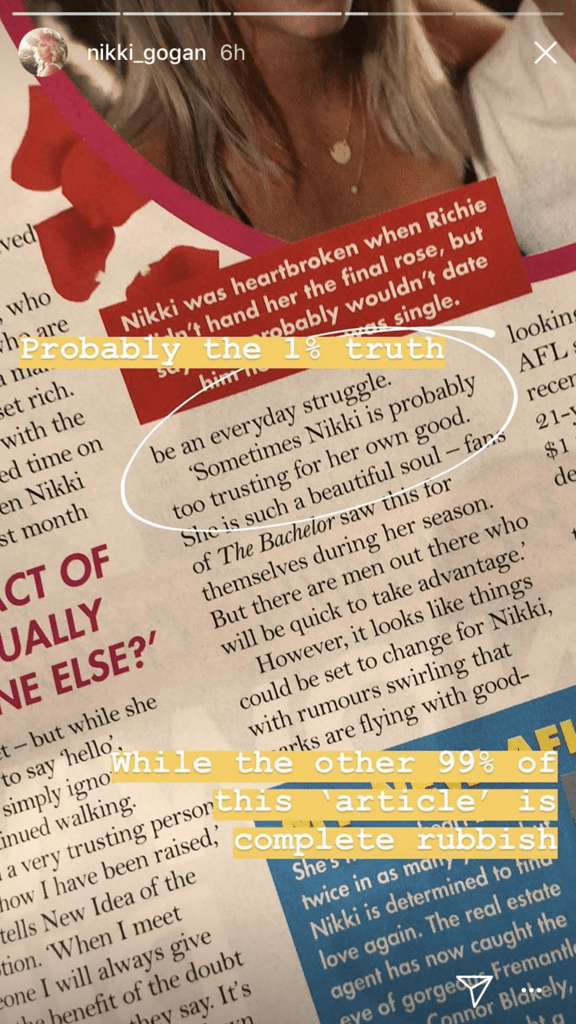 While parts of the article are that notoriously trustworthy ‘sources said’ reporting that we know and love, large swathes of text are attributed explicitly to Nikki herself, speaking to the publication, so it is very unclear what has happened here.