In news that proves streaming officials are in possession of a heart two, possibly even three, sizes too small, it would appear that The Grinch has disappeared from Netflix libraries right on the cusp of the Christmas season.

The 2000 live-action classic starring Jim Carrey as the titular thieving bastard has disappeared entirely from the Netflix Australia library, apparently vanishing at some point over December 1st, just as people began searching for it thanks to the onset of various Yuletide festivities.

A quick scan of the Netflix library shows the film is now nowhere to be found. In its place, a raft of suggested titles to watch instead, like The Boss Baby: Back In Business or the Netflix-produced The Christmas Chronicles, which I still maintain should’ve netted Kurt Russell an Oscar. 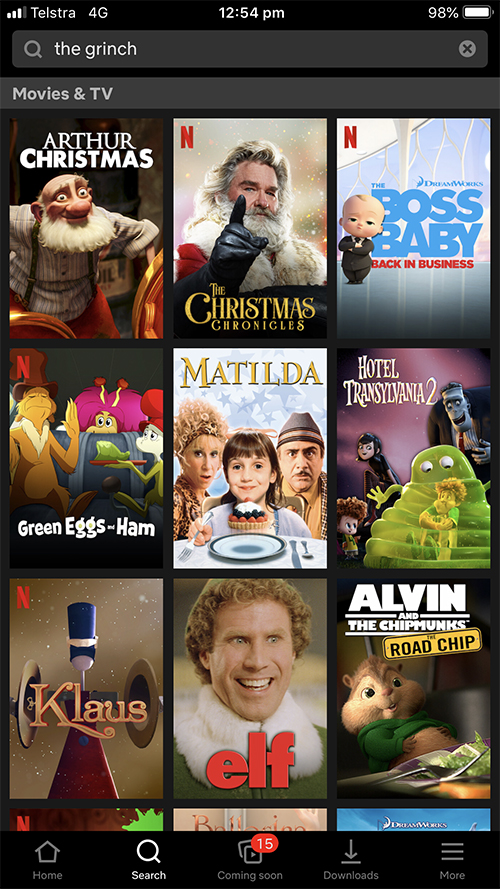 Honestly, how dare they. The impudence! The audacity! The unmitigated gall!

It’s not just an indignity being suffered by Australian and NZ residents either. UK viewers are also experiencing the same cruel kiss of fate as well.

Social media evidence points to the film being present on Netflix up until some point yesterday, when it vanished quicker than a sack of gifts from a Whoville tree.

The nephew was watching The Grinch on Netflix last night. Today, not there! Sky store now has it. Not impressed ???? #Netflix #thegrinch #ChristmasMovies pic.twitter.com/oV4UmwoFMd

how is it that i pay for FIVE different streaming services and not one of them has the grinch available in december???

Imagine channeling your inner Scrooge and ruining Christmas by taking #thegrinch off your platform….
Thanks @NetflixUK kids crying.

@NetflixANZ excuse me how are you gonna just take the grinch of off Netflix right now??!!!! ???? very sad 🙁 pic.twitter.com/8AqTwqaU8s

Hey @netflix!
It’s the 1st of December, and I notice you have just removed The Grinch from Netflix in Australia.
This is serious- I mean the good one, the @JimCarrey one. WTF!?
Someone’s heart’s two sizes too small!

The grinch been taken off Netflix !!!! Christmas is CANCELLED

The grinch has been on Netflix since July?? And now it’s December 1st they’ve took it off??? Is this an actual joke??? CHRISTMAS IS CANCELLED pic.twitter.com/XAru9S6puc

Honestly, on December 1st. December FIRST. A truly puzzling decision. One that you can puzzle over until your puzzler is sore.

Surprisingly, there’s a bit of a dearth of classic Christmas films hitting Netflix in December – their full list of releases coming this month can be found here. But there’s more than enough Christmas Classics™ still on the ANZ library to get your fill.

It just won’t involve The Grinch this year. Which means you might have to schedule in a block of time to lay in bed, stare at the ceiling, and slip slowly into madness instead.