While everyone was fixated on The Bachelor finale yesterday, an even spicier drama was going down involving Monique Morley and Helena Sauzier.

The two ladies were indulging in a lush cocktail fuelled lunch when they were bombarded by the paps.

An onlooker capture footage of the gals trying to evade the paparazzo, with Morley ultimately charging at him to get him to stop snapping pics.

A Sydneysider who witnessed the incident told Daily Mail Australia, “It was all very confronting and happened in a split second.”

“After initially seeing the guy taking pictures of them, the girls ran into the back room of a shop to hide,” the insider added.

“When they eventually left and walked back onto the street, Monique went crazy at the guy as if she was trying to protect Helena from having her picture taken.”

The onlooker went on to reveal that many people had stopped to watch the whole thing go down.

Sauzier addressed the altercation on her Instagram Story, writing: “I’m shook. Get me back to Perth.” 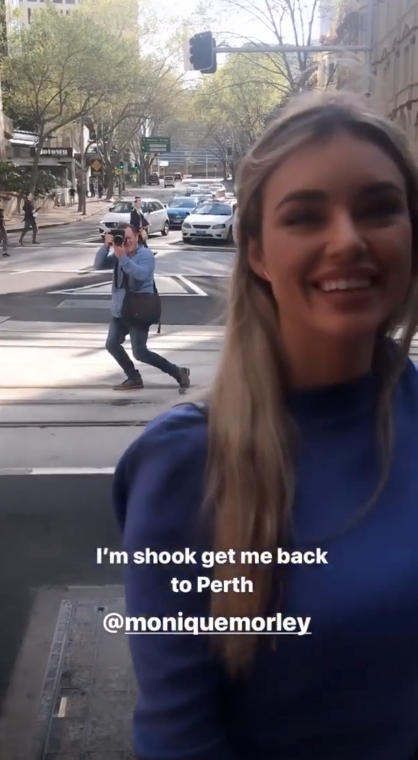 Morely reshared the video on her own Insta Story and wrote, “Note to self: Don’t have lunch with Helena.”

The incident occurred after Monique had shared a pic to Instagram of the pair enjoying each other’s company at the Sydney cocktail bar. 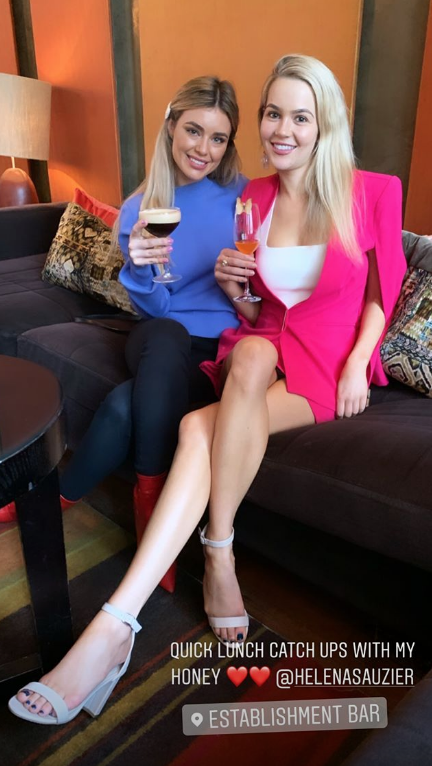 The gals didn’t let the paps get them down though as they later spent the evening together having a boozy Bachie viewing party.

Head to their IG Stories to see how that went.