As I watched footage of Perth born 20-year-old Scherri-Lee Biggs accept her crown as the 2011 Miss Universe Australia the first thing that struck me was just how much she looks like Rachel from Saved by the Bell: The New Class. 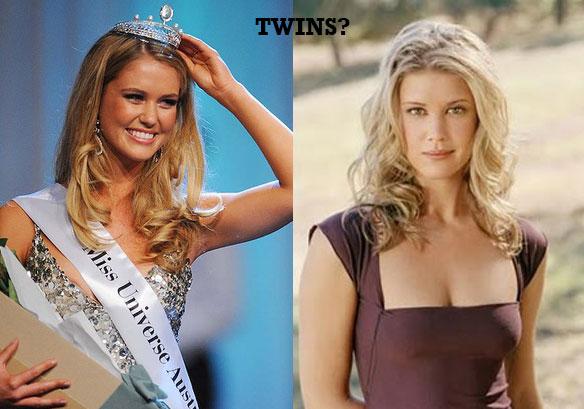 Scherri-Lee told reporters that she credited her performance to a breakfast of bacon, hashbrowns and toast, which is adorable. She will now go on to represent Australia at the Miss Universe pageant in Brazil this September – an event that past Australian entrants have done really well at.

Jennifer Hawkins, of course, is the fairytale. She took out the title of Miss Universe 2004 and later endeared herself to everyone by flashing her g-string in a runway wardrobe malfunction and being totally cute and oops!-I’m-just-a-goofy-girl-next-door about it.

The Miss Universe Australia, Rachael Finch, placed third runner up in the big event. Instead of using her celeb status to go to tacky parties and race days, she uses it to raise awareness and cash for various causes – including a ‘tasteful’ nude spread in Box Magazine last year to raise money for children’s charity ToyBox International.

Last year’s Australian Miss Universe entrant Jesinta Campbell was the second runner up at the pageant and won the title of Miss Congeniality for being a good bloke.

Scherri-Lee is the first blonde Australian contestant to compete in the pageant since Jen Hawkins, so maybe that’s an omen for success. Regardless, get ready to see her on magazine covers, lifestyle television and swimwear campaigns in the future.

And, sorry guys – she has a boyfriend.