Today Marc Jacobs revealed the first image of his latest brand ambassador, Miley Cyrus, for the Spring/Summer 2014 campaign shot by prolific fashion photographer David Sims. Sims, who also photographed Miley for the new cover of Love Magazine, has managed to capture the singer outside her tongue-waggling, crotch-dropping, hypersexual steez.

Peep the first campaign image below (released via the Marc Jacobs Twitter account) which depicts a pouting Miley Cyrus in angsty teen mode which, ironically, is one of the more subtle, sophisticated photo shoots she’s done in the past 12 months. 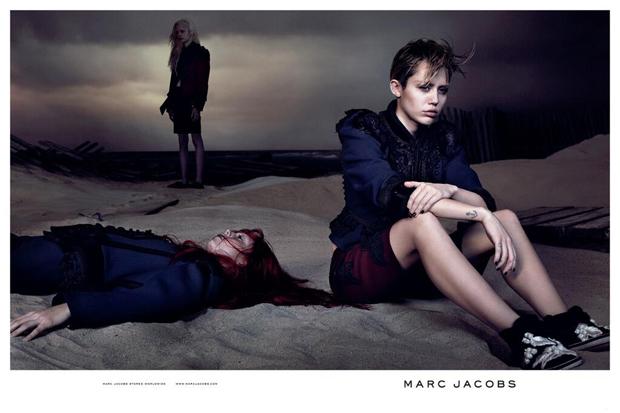