Married At First Sight star Michael Goonan shared some cringe-worthy footage over the weekend, including a vid hooking up with The Bachelor’s Kaitlyn Hoppe at a Queensland nightclub on Sunday.

“Actually met my double,” he captioned an Instagram Story of his club pash with the 2020 Bachelor star.

Kaitlyn initially pushed Michael away before laughing, then flipping the bird at the camera. She also reshared the clip to her own IG, and doll, I woulda just let it die. 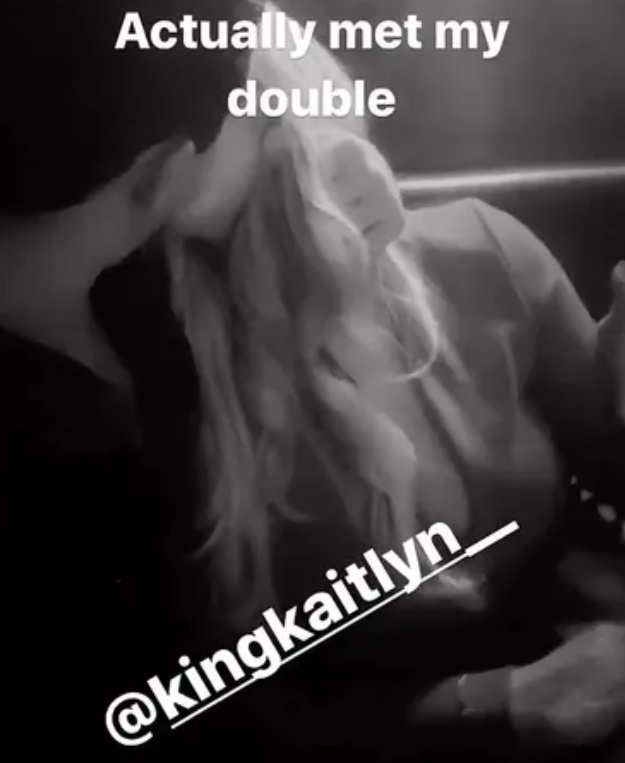 Welp, I guess he and ex KC Osborne have no chance of reuniting. Oh, you remember KC Hampton. She starred on MAFS with Michael, then the pair went on to date in the real world. But after five months of dating, they called it quits in a blaze of glory earlier this year.

In an interview with Who, KC told the whole story of their five-month romance, from him telling her “everything [she’d] ever dreamed of hearing,” to the moment they torched their relationship.

“He sold me that dream of, ‘I would stop my playboy ways to have a girl like you, you’re such a good girl’. You have to remember too, I had felt really rejected and here I was with this guy telling me everything I’d ever dreamed of hearing,” KC told Who.

“I got along with him and I cared about him but I had that voice in my head going: ‘No no no KC this is a danger zone, you shouldn’t go there, you know what he’s like, he’s a party boy, he’ll probably break your heart.’ But when you have someone telling you: ‘You’re amazing, I give you my word, if I had a girl like you I’d change my ways, I want to move forward and have a family,’ it was so full-on and I’d never had a guy say that to me before. I got sold the dream and I fell for it.”

I miss my baby girl “I know I’m whipped and pathetic, but I do love her so swallow it haters xx”

KC Osborne was paired with Drew Brody on this year’s MAFS, while Michael Goonan was matched with Stacey Hampton, until they switched partners… before switching each other out again. And now I guess he’s on Bachie stars. (If you picked up that Mean Girls reference, I’m v. impressed).

Meanwhile, Kaitlyn isn’t the only Bachie babe Michael’s been spotted with lately. The Wash reports that back in February, the businessman was pictured kissing Bachelor In Paradise’s Renee Barrett up in Darwin.

Thanks, I hate it.