A few weeks back Prince Charles celebrated his 70th birthday with a big ol’ shindig and invited his nearest and dearest including his children and grandchildren.

But according to a new report, his kiddies and kiddies-in-law Prince William, Kate Middleton, Prince Harry and Meghan Markle high-tailed it out of the party v. early which may be customary for those of us who need to get home in time to catch the latest ep of The Bachelor but for the royal family at a formal birthday event, it was a very peculiar move.

“They went before Prince Philip, which is quite unusual,” a source told The Telegraph. Mind you, the old coot is 97-years-old and even he outlasted the two couples.

The source added, “Like most people their age, it seems they are leading very busy lives.” 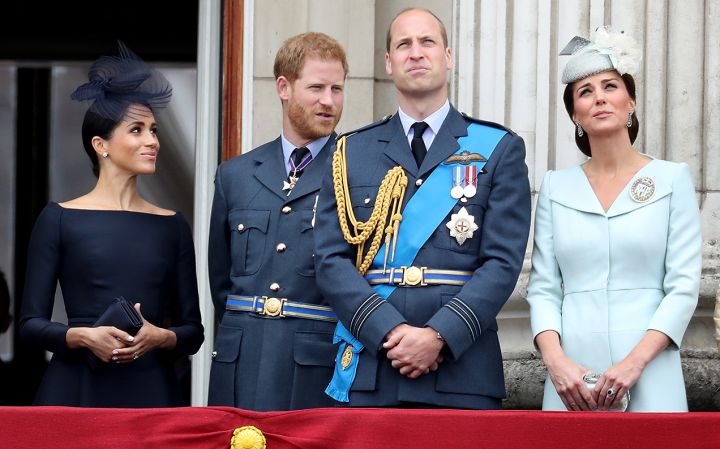 This intriguing new report comes just as word got out that Prince William and Prince Harry allegedly got into a bit of a scrap last Christmas which sparked an ongoing feud between the brothers.

Apparently Harry was pissed that William wasn’t making much of an effort to welcome his new gal into the royal fam.

“They had a bit of a fall out which was only resolved when Charles stepped in and asked William to make an effort. That’s when the Cambridges invited the Sussexes to spend Christmas with them.”

Rumours of a rift between the couples were fuelled when it was recently announced that Harry and Meghan are set to move into Windsor Castle’s Frogmore Cottage, and out of Kensington Palace, where Prince William and Princess Kate live.