Is It Just Me Or Did Bachie’s Megan Marx Drop A Fat Hint That She’s Now Married On Insta?

In the Instagram post, Megan described a situation where you “meet the love of your life, and six months later you get married and move in together.” Now, I’ve done some digging and it looks like Keith only started appearing in Megan’s IG around Jan this year. Isn’t that about six months ago????

“Picture this. You’re 32, meet the love of your life, and six months later you get married and move in together,” Megan wrote.

“As you’re setting up the garage, the love of your life brings in a bicycle with matching butt padded Lycra and wrap around sunnies and tells you they’re going to take up their first love again, cycling. They’re a cyclist. What do you do?”

The comment section was lit up with confusion, as people were unsure what Megan meant by the post.

“Wait is this a hypothetical? When did you get married…!?” The Bachelor’s Leah Costa wrote.

So either Megan Marx has either dropped a massive hint that she’s getting married, or she’s pulling a Bella Varelis and baiting people with an intentionally cryptic post.

For those who aren’t across the Bella drama, basically she said a “big change” was coming on Instagram and the clue was in her caption: “baby blues.” Of course, everyone assumed she was having a baby, but truth was she was just getting a couple of e-girl strands at the hairdressers. Sucked in.

Blonde queen Megan will always be one of my Bachie faves because her various love stories have been extremely entertaining and fun to watch. Megan appeared on the 2016 season of The Bachelor, quit the rose ceremony and then shacked up with fellow contestant Tiffany Scanlon.

Megan then appeared on the first season of Bachelor in Paradise where she fell hard for Jake Ellis. The couple then split three months later and Jake went back onto Paradise last year, but left  to give it a go with Megan once more. 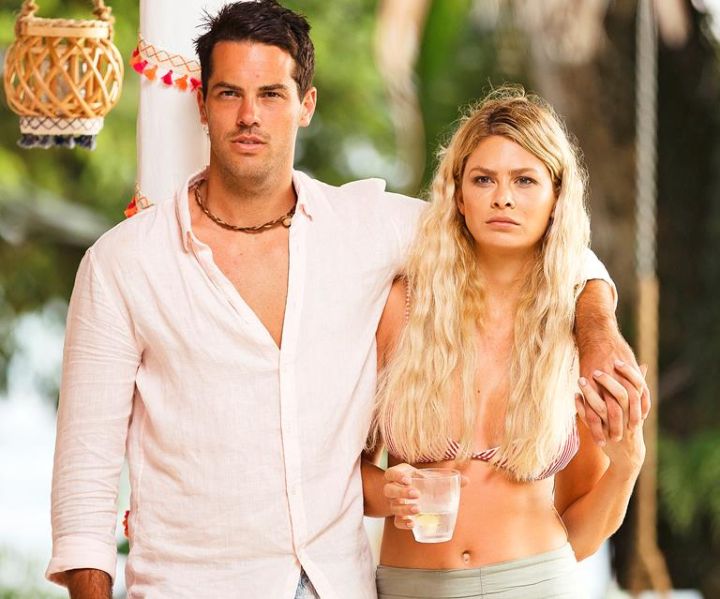 I really hope Megan is now happily married, because she sure as hell deserves it.