There’s been a drought of decent Christmas flicks in recent years but the good people at Stan have broken that drought with its recent original Chrissy flicks Christmas on the Farm and A Sunburnt Christmas. And this year there’s a brand spanking new one called Christmas Ransom starring Matt Okine, Miranda Tapsell and *checks notes* Matty J!

Yep, the reality-star-turned-influencer-turned-actor plays Sam the fireman in the exciting new flick.

Speaking to PEDESTRIAN.TV, Matty J admitted that although acting hasn’t always been his “big ambition”, his mate Matt Okine talked him into auditioning.

“I’ve started hanging out with Matt Okine a little bit because my daughter loves his music. Whenever he performs, we’ve been massive fan girls and followed him around everywhere.

“He was the one who reached out and said, ‘You should audition for this!’ I’ve seen some of your skits on social media and I think you could do a really good job!'”

He added, “I never expected that those skits that I do on social media would be seen by a director but I spoke to Adele [Vuko], the director of Christmas Ransom and said, ‘You guys must’ve been pretty desperate considering I’ve never done a movie!’

“And she was like, ‘To be honest, your audition was really good and we looked at all your videos, all those skits you do, and that was enough for us to go ‘This guy gets it! He’s got great comedic timing. He’s not gonna be crap.’

“So I’m really glad I started filming these stupid videos!”

His decision to go for it was largely due to the fact that he’d be working with both Stan and Matt Okine.

“If Stan’s making it and Matt Okine’s in it, it’s a pretty safe bet that it’s gonna be good!” he said.

Although, admittedly, was apprehensive in venturing into acting having only ever filmed a tampon commercial back in the day.

He discussed feeling intimidated ‘cos “Miranda’s watching me!” and even his teenage co-stars had starred in several flicks including Thor: Love & Thunder.

“But I really enjoyed it and I’d love to do more,” he said.

“As much as I love doing stuff by myself at home, it’s so amazing to be part of something bigger. Without sounding super lame and super cliche, this feels like where I belong. It feels like home.” 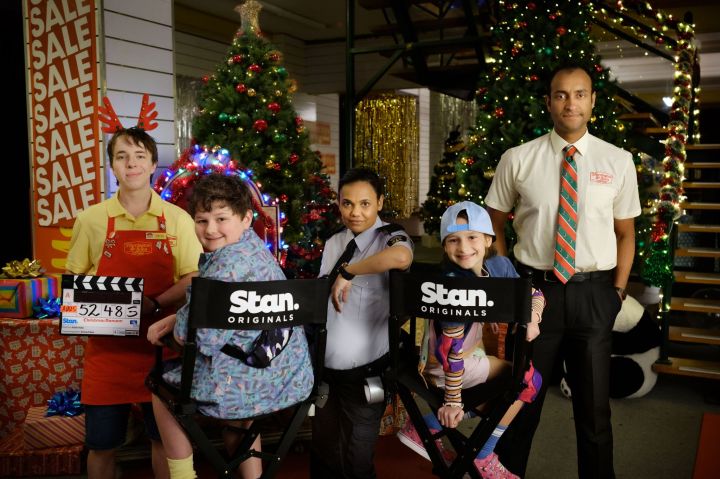 He went on to express his excitement at joining this particular project, especially the fact that his daughter Marlie–Mae can watch ‘cos it’s super bloody wholesome.

Aside from his new venture into movies, I had to ask Matty for his thoughts on the current state of The Bachelor. The series made the controversial decision to cast three leads for its next season, but this week it was announced the premiere was being postponed til 2023. And we’ve got no clue what’s happening with The Bachelorette.

“I’m still trying to figure out how it’s going to work. For me, what would be the dream is if there’s a bit of chaos, but in all the promos we’ve seen, it looks like the three guys were best mates,” he said.

“But I really hope there’s a lot of drama and there’s a little bit of guys trying to take someone else’s girl, that’s what I want. Organised chaos!”

Although he admitted “it definitely needed to change and mix it up.”

“I think it’s a shame they got rid of The Bachelorette, I still think there’s a really big appetite for that show and I also think there was appetite for Bachelor In Paradise,” he said.

“I’ll always have such a soft spot for Bach and I’ll be absolutely gutted if it doesn’t come back. When the ratings were kind of dropping off, [I was bummed because] I feel such a connection to the show and I’ll always root for it so I’m hoping it does well.” 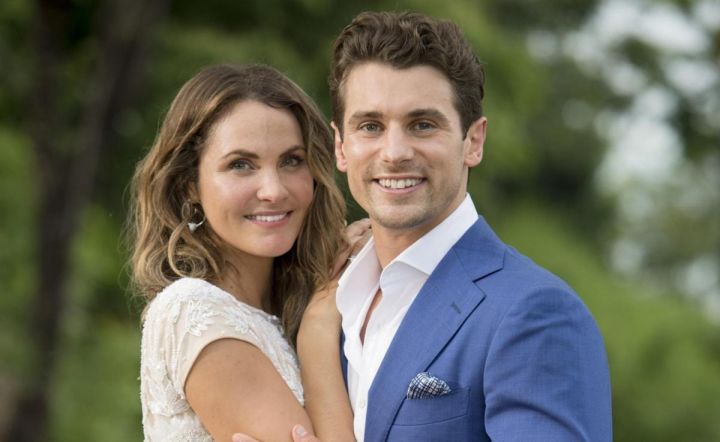 Meanwhile, as stoked as he is to add ‘actor’ to his resume, he said he’s been going through an “internal debate” as to what to call himself.

“Obviously you don’t want to put tickets on yourself and no one in Australia likes someone who rates yourself too highly. So I guess I’m a media personality? Which is also a bit bland and a bit beige,” he said.

“So if the movie does well, I may then put in my bio: middle-aged dad/actor. Because no one wants to be an influencer, do they?”

He painted a picture of being out with people and his soon-to-be missus Laura, the Life Uncut podcast host he met on his season of The Bachelor, can call herself a jewellery designer/podcaster and he’s always “hated” saying he’s an influencer.

At this point I chime in with the fact that the movie is coming out at Christmas time so his status will be elevated to “actor” just in time for the social season.

As for his future as an actor, he’s pretty much happy to go with the flow.

“In this industry, it’s hard to know what’s around the corner. When I first started after The Bachelor, I had a lot of opportunities hosting and then we had the travel show and I thought I’d be the next Jason Dundas. Then COVID hit, then I was working at NOVA then that opportunity stopped because of COVID as well,” he said.

“My work has been so random since finishing The Bachelor so I don’t want to put all my eggs in the acting basket in case next week I decide to do a podcast. But I’m going to give the acting thing a bit of a crack from here on out.”

Christmas Ransom is now in production for a release this festive season, only on Stan.