Why Do Most Bookies Reckon The Same Dark Horse Will Win ‘MasterChef’? What Do They Know?

There’s something, well, odd, about the fact that all of Australia’s major betting agencies have the same contestant picked to win MasterChef.

If you don’t want a ~potential~ spoiler, avert your eyes now, dear reader.

Still reading? Don’t complain if the bookies turn out to be right.

If you’ve scrolled this far, you can’t say we didn’t warn you.

Sure, they’re just odds. The whole point is that there’s no guarantee they’re accurate. But when they’re all saying the same thing, they may just be onto something.

Last chance. Scroll only if you’ve accepted your fate.

It’s not Reynold or Poh or Laura who’s been picked to win – it’s Emelia who the agencies all reckon will take the top spot in the finale.

Sportsbet has her in way ahead of the pack, and TAB has even stronger odds. 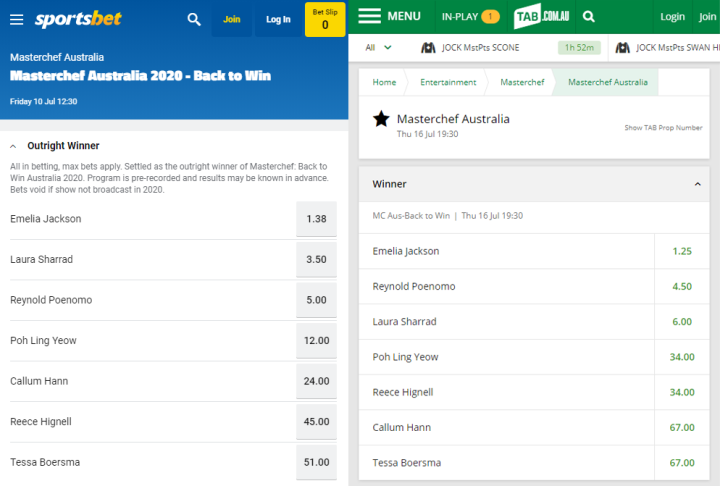 Meanwhile, Ladbrokes and Neds (which are owned by the same company) have the lowest odds of all. 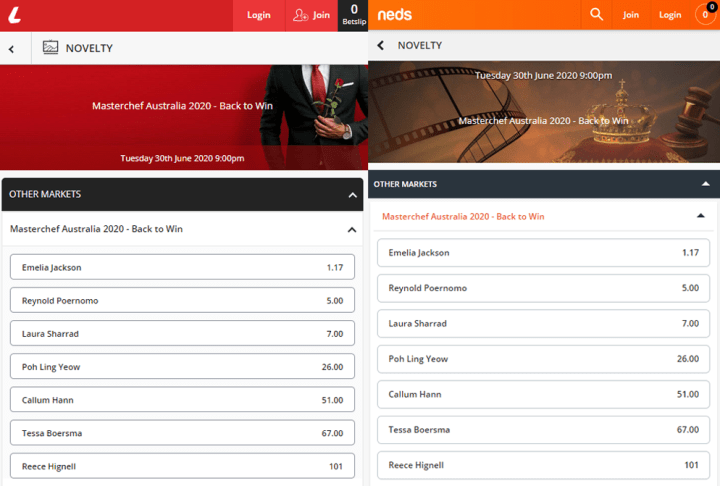 This isn’t even new. Emelia has been the bookies’ favourite for weeks and weeks. Surely, there must be something which has made them so adamant in lockstep with one another.

What could the possibly know? Well, here’s what we know.

MasterChef is prerecorded, so there are quite a lot of people who’d know who the finalists are.

On top of that, it’s safe to assume that Emelia will be joined by Reynold, Poh and Laura in the top four, based off contestants’ Insta stories from when they returned home.

Of course, not everyone booted from the show necessarily had the weakest odds for their final week, so they’re clearly not some kind of reality-TV-winner-predicting oracle… yet.

According to Crikey, while some betting companies put limits on how much punters can bet when an outcome has already been decided, there are no real rules to stop anyone with insider knowledge from affecting the odds, knowingly or otherwise.

But in all liklihood, the people crunching the numbers may just see Emelia as a dark horse, just like some of us do.

Fingers crossed none of these odds end up being spoilers.