Did The MasterChef Website Spoil Reynold’s Elimination An Hour Early? A Brief Investigation

Anyone watching MasterChef last night probably had a hunch dessert king Reynold was getting the boot. The dramatic music and editing kind of gave it away, and, according to some Twitter users, so did the website.

One person noted Reynold wasn’t even on the MasterChef website almost an hour before the episode was over. Meanwhile, Emelia and Laura were the only two contestants highlighted.

“Has Channel 10 given the ending up with a premature website update?” they asked.

#MasterChefAU #SpoilerAlert Has @Channel10AU given the ending up with a premature website update? No Reynold but Emailya and Laura highlighted? pic.twitter.com/qya1l3CsGx

Other users agreed it sure looked like a spoiler, and, regardless of whether it was a coincidence or not, they turned out to be right.

“It’s not exactly looking like a close battle at the moment tho,” replied one person, well before the episode was actually over.

In fact, as of writing, Reyonld is still missing from the website. So are 13 other contestants. What on Earth is going on behind the scenes? 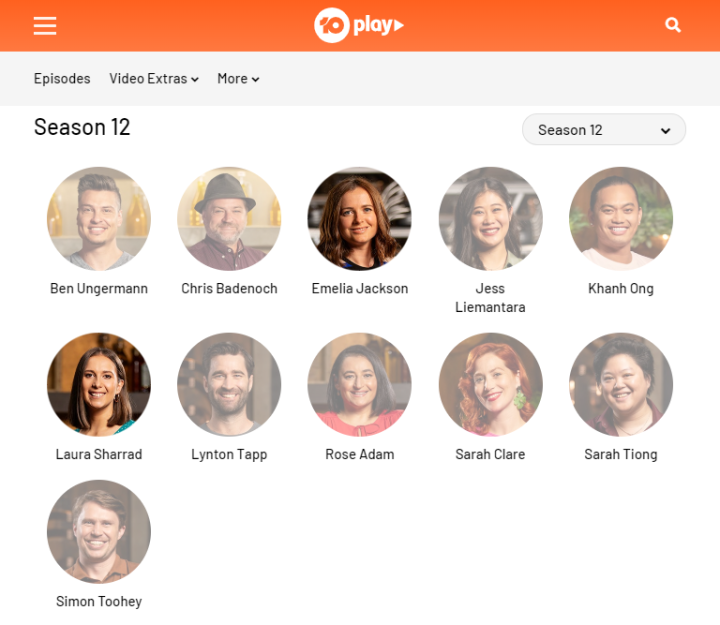 Seeing more than half of the contestants missing from the website gives the impression Reynold’s absence was less of a spoiler and more likely part of some larger oversight.

However that doesn’t change the fact we were forced to see Reynonld get eliminated on such a wild dessert. If anyone could’ve nailed it, you’d expect it to be him.

Yet here we are with Emelia and Laura in the final two, just like the website (coincidentally or otherwise) foretold.

The website fuckup ended up being suspiciously accurate, just like the bookies’ odds on Emelia winning the whole thing.

For weeks now, Emelia has been tipped to win, which is kind of a big spoiler in itself if we’re to believe rumours that the info was somehow leaked by an insider.

We’ll have to wait and see if this particular rumour comes true tonight.

READ MORE
The MasterChef: Back To Win Final Two Has Been Locked In Ahead Of Tomorrow's Grand Finale